Ebenezer Parkman, son of William Parkman, a shipwright, was born in Boston on September 5, 1703. Soon after graduating from Harvard College in 1721, he became the first settled minister in the town of Westborough, in central Massachusetts, faithfully serving the community from the day of his ordination, October 28, 1724, until his death on December 9, 1782. Parkman married (1) Mary Champney (1699-1735/6), daughter of Samuel and Hannah Champney of Cambridge, in 1724, and (2) Hannah Breck (1717-1801), daughter of the Rev. Robert Breck of Marlborough, in 1737. Through his own marriages, those of his numerous brothers and sisters in the area, and those of his sixteen children who were married, Parkman's family relations extended throughout much of New England.

The collection consists primarily of ministerial records, sermons, essays, ecclesiastical papers, correspondence, and copied extracts from published works, most of them created by Rev. Ebenezer Parkman. Records generated in the course of his ministry in Westborough include relations of faith by parishioners, and proceedings of ecclesiastical councils which were usually called either to settle disputes or to officiate the installation of new ministers. These were held in Rutland (1736), Upton (1744), Leominster (1758), Westminster (1762), and Bolton (1771).

Rev. Parkman’s sermons frequently include notations on location and date of later delivery. Parkman numbered his sermons (last is number 2021), and from the broken sequence, it appears this is but a fraction of the total number of sermons he wrote. Also included are miscellaneous writings by Parkman, extracts and notes on readings, and notes on sermons and orations delivered by others.

The correspondence includes, for the most part, topics of a personal nature, relating to family matters and activities. Principal correspondents include Ebenezer Parkman, Breck Parkman, Elijah Brigham, Josiah Brigham, and Eli Forbes. There are three letters from Edmund Quincy (1703-1788), a prominent Boston merchant, to Ebenezer Parkman, concerning political affairs at the time of the Revolution. There are also several letters of Israel Loring (1682-1772), a Sudbury minister, although it is not known why these have been preserved with the Parkman family papers.

A “Natalitia” volume of Ebenezer Parkman contains brief (generally, one or two page) memoranda written by Parkman on the occasion of his birthday and usually assessing his spiritual state and relationships to God. 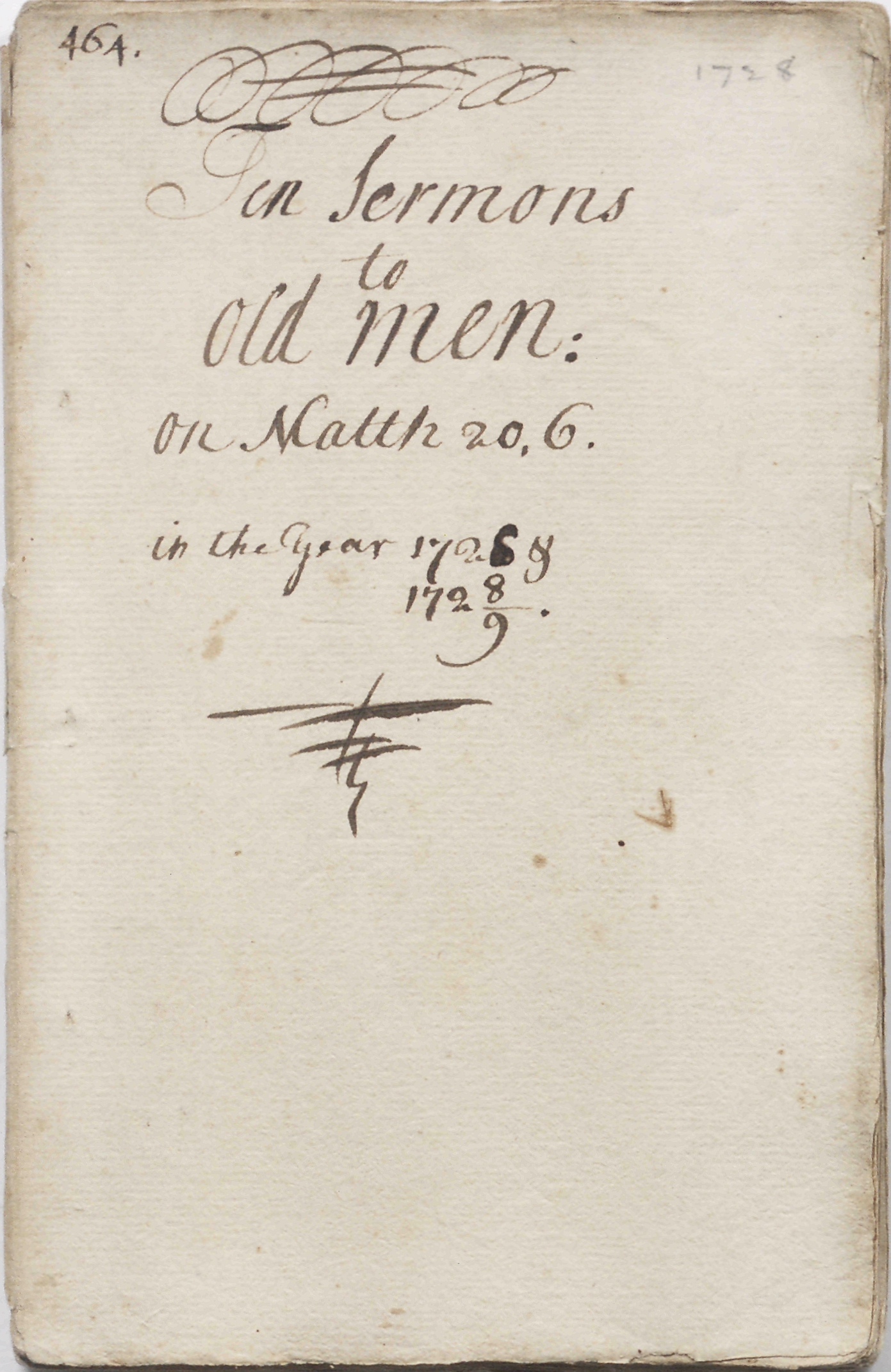