Rev. George Curwen was born in 1683 in Salem. He attended Harvard College, taking his first degree in 1701. While working toward his second degree, he was also a guest preacher at various churches, primarily in the Salem Village parsonage. Upon completion of his second degree he married Mehitable Parkman. Rev. Nicholas Noyes accepted Rev. Curwen as an assistant at the First Church in Salem and he was ordained in 1714. Rev. Curwen died in 1717, followed soon after by his wife and Rev. Noyes. The controversial Rev. Samuel Fisk was appointed their successor.

Find out more about George Curwen paper, 1699-1737. View this collection's catalog record at the Phillips Library 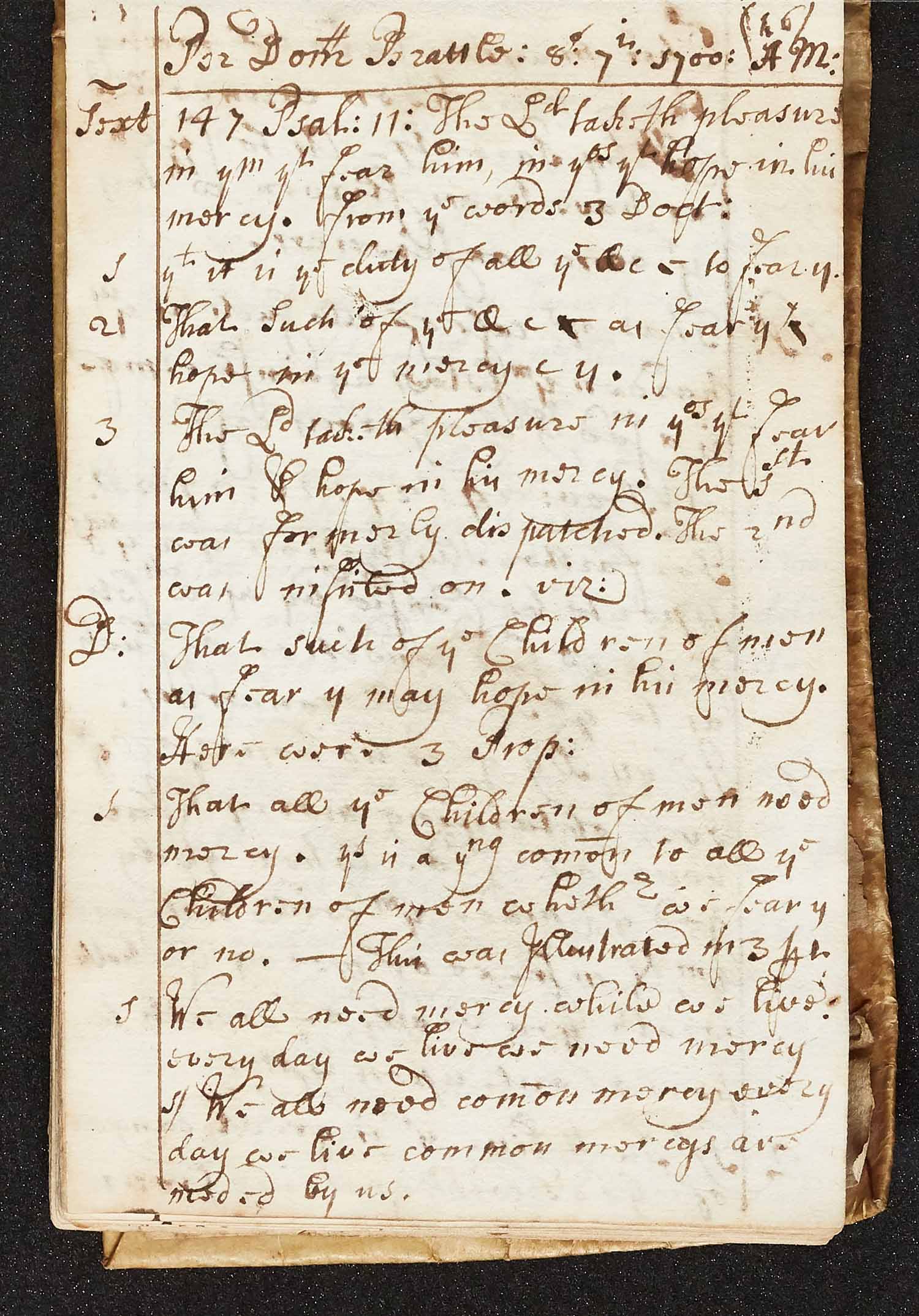