The First Congregational Church of Holden, Massachusetts, was founded in 1742 when the Rev. Joseph Davis settled as its first minister. In 1733 Davis was dismissed at his own request following various accusations of improper conduct, and the Rev. Joseph Avery was settled in Holden. In 1809 the church ceased observing the Half-way Covenant baptismal system and returned to more rigid membership requirements. New articles of faith were adopted in 1824 when the Rev. Horatio Bardwell became minister. He was dismissed in 1833 in order to return to missionary work in India, whereupon the Rev. William Pomeroy Paine was installed as pastor and remained in that position until 1875. The church then entered a rather unsettled period during which it experienced a quick succession of ministers until 1892 when the Rev. Thomas Earle Babb came to Holden. He served as minister of the Congregational Church until 1912.

The First Congregational Church of Holden continues to serve its local community today. 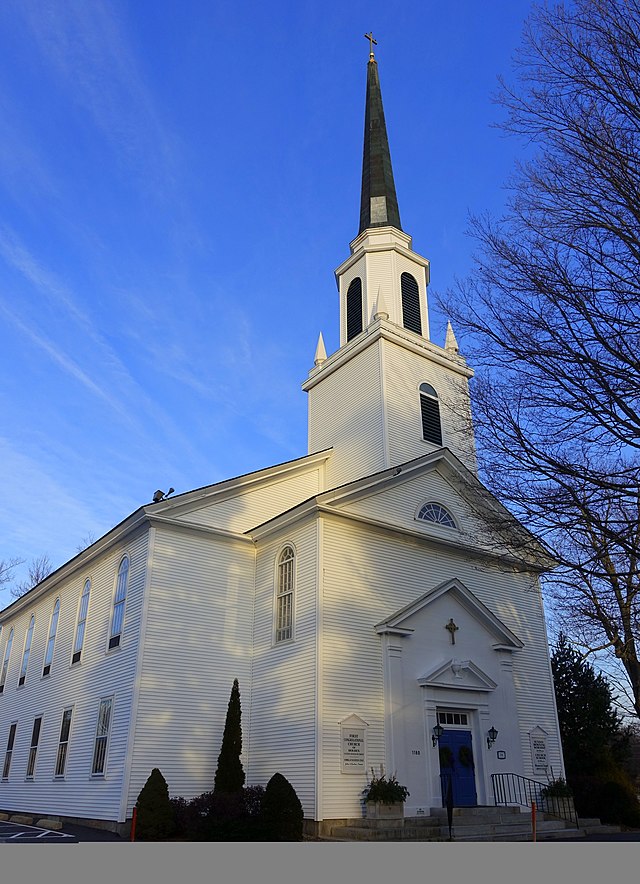