The area now known as Charlton was originally within the territory of the Nipmuc Nation, and was temporarily settled by French Huguenots in 1686. The district, a part of Oxford, Mass, was separated from Oxford on January 10, 1755, and incorporated as a town on August 23, 1775.

A church was established in 1761, with Rev. Caleb Curtis as its first pastor. He was dismissed in 1776. After an interval of six years, in 1783, Rev. Archibald Campbell was installed over the church, and continued as pastor until 1793, when he was dismissed. The following minister was Rev. Erastus Larned, settled in 1796. The “Congregational Center Meeting House in Charlton” was opened in 1798. The meeting house featured 100 pews on the main floor and 50 in the balcony. 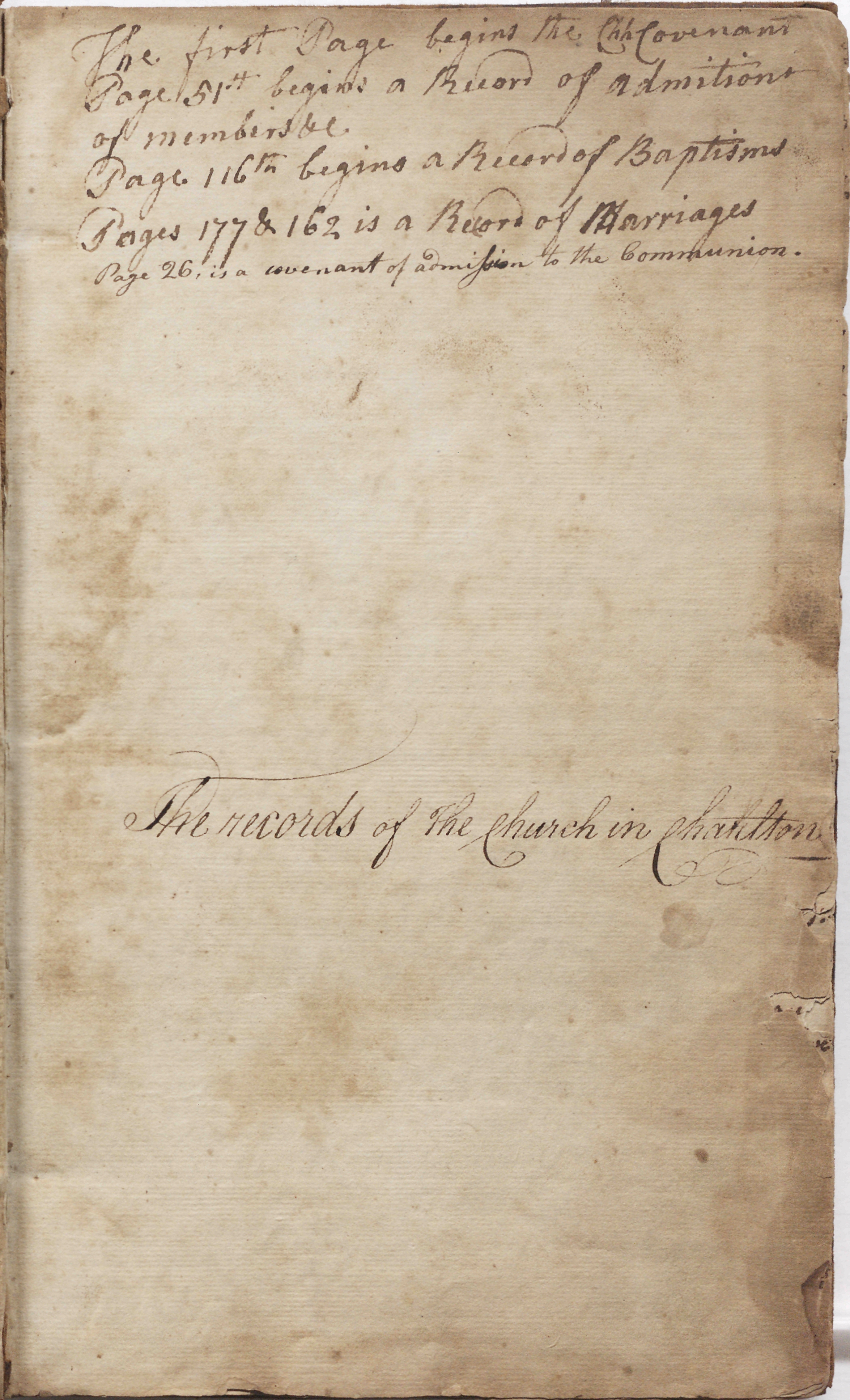