In 1696 the residents of the town of Watertown, Massachusetts, voted to support two meeting houses. The First Church, which was established in 1630, became the church in the East Precinct. A new church, the West Precinct Church, was established in 1696 to serve the western section of the town, which was largely a farming community. The first physical structure to hold the parish was built in 1696. By 1722 the first church building had become unsuitable for the congregation; that year a disused building from Newton was purchased, disassembled, and reassembled in Waltham to become the first meeting house. In 1738 the town of Waltham was incorporated from the West Precinct of Watertown and the West Precinct Church became the First Parish in Waltham. By 1767 the congregation had once again outgrown the meeting house and before the end of 1768 the second meeting house was constructed and in use. 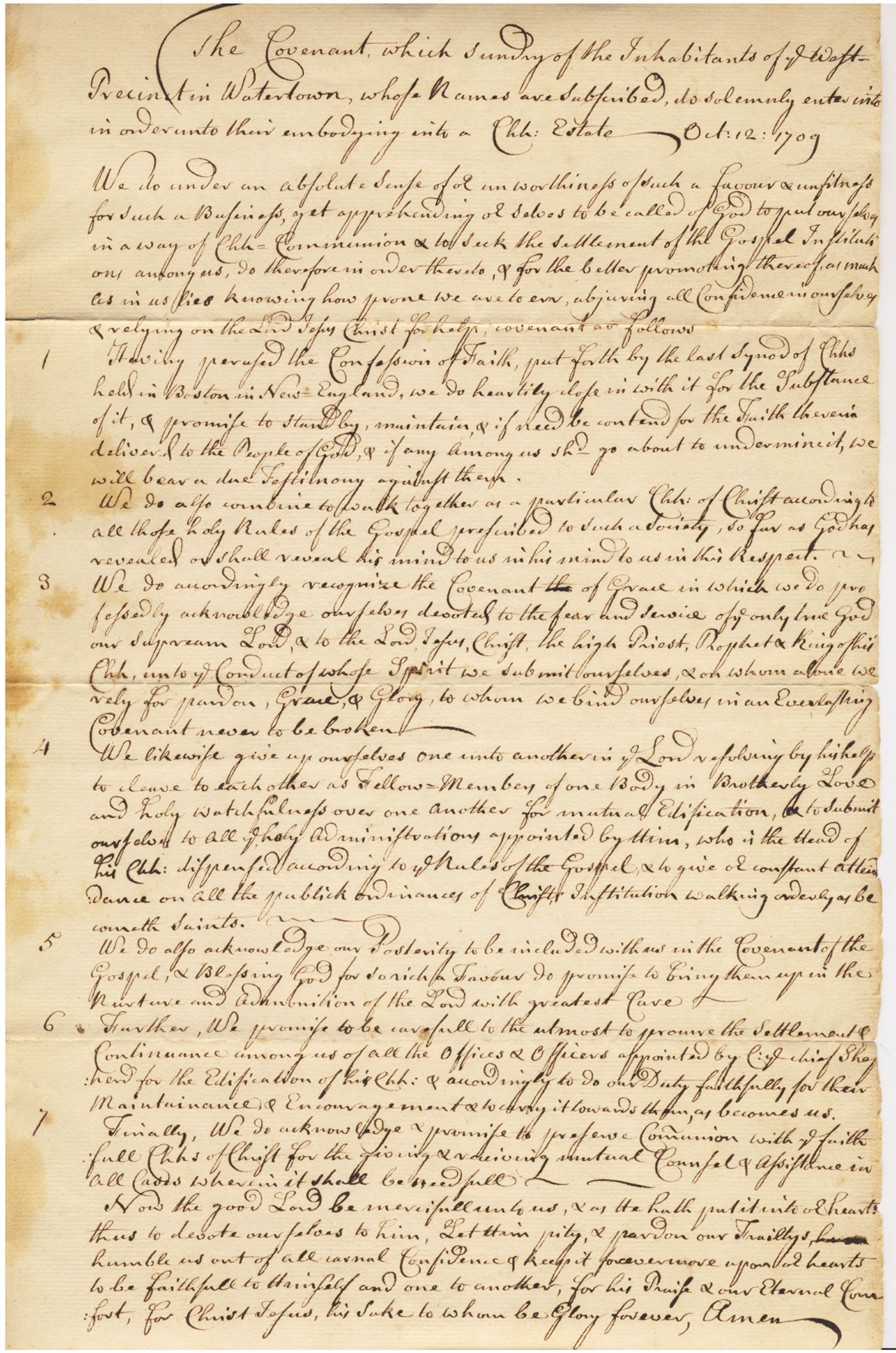