This 278-page volume, penned by at least one anonymous author, contains notes on sermons preached mainly at the First Church in Cambridge between 1660 and 1694. Most of the initial sermons were delivered by the Church’s resident minister Rev. Nathaniel Gookin, whose untimely illness and death in the summer of 1692 necessitated supply preaching by numerous others. These included some of the most well-known ministers in New England at the time, such as Reverends Samuel Angier, Samuel Moody, Benjamin Wadsworth, Samuel Willard, William Brattle, and Increase Mather.

It is tempting to read the sermons preached in 1692 in the context of the Salem Witchcraft trials, which were simultaneously unfolding; multiple executions occurred from June-September of that year. Both Rev. Increase Mather and his son Cotton Mather were tangentially involved with the trials, including as advisors to the Court of Oyer and Terminer. Father and son were also present at the trial and execution, respectively, of former Salem minister George Burroughs for witchcraft. Contemporary accounts describe Cotton Mather’s role in urging the execution of Burroughs and four others before a reluctant crowd of onlookers.

This notebook records that on August 21, 1692, two days after these executions, Rev. Increase Mather delivered a sermon on Psalm 119:120 (“My flesh trembleth for fear of thee, and I am afraid of thy judgement…”) in which he warned that “The plague of Egypt is sent among us by letting loose Evil Angells among us. We may fear what yet God has behind. All which may make us fear.” A few weeks later, Rev. Samuel Willard of Boston’s Old South Church pressed for religious reformation, reminding the congregation that “God has been opening the floodgates of his wrath” and has been “Pouring down his fury on us.”

Find out more about Sermon notes, 1660-1694. View this collection's finding aid at the American Antiquarian Society 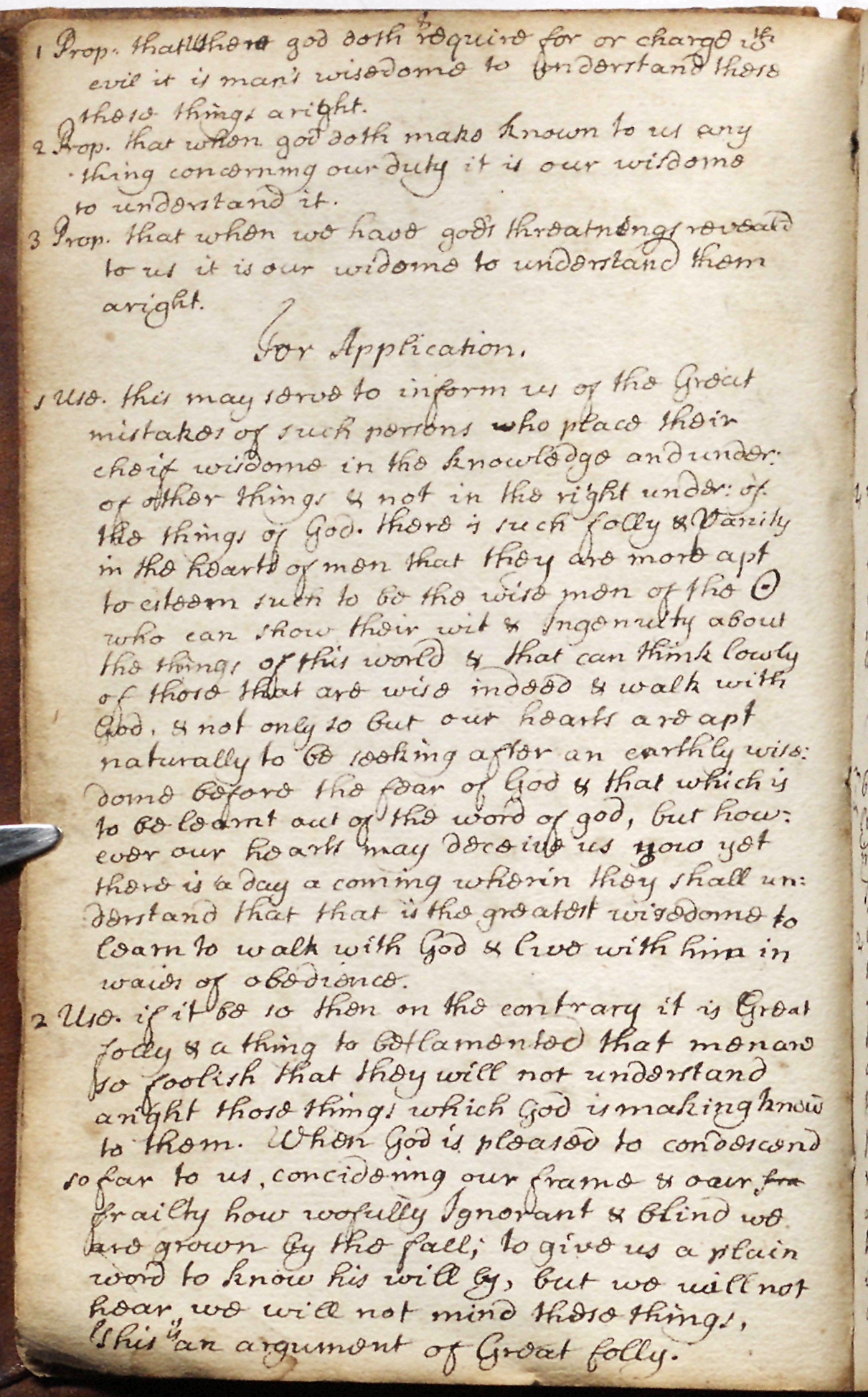