The town of Marlborough was incorporated in 1660. The First Parish Church was originally organized in 1666. In 1662, a rate of 2 pence per acre was levied upon all properties in order to raise funds to build a Meeting House; and in 1664, a rate of 3 and ¼ pence was levied to complete the building. This first Meeting House stood on the old Common, but was burnt down by Native Americans in 1676. A new Meeting House was soon erected, but did not remain in active use for long. In 1688, a larger meeting house was built near the site of the former buildings and served as a place of worship until 1809. Rev. William Brimsmead was the first minister of the town.

In December of 1804, a committee of seven members was chosen by the town to report on a petition put forth by the westerly population. The petition meant to separate the town into Eastern and Western sections. Although the committee members were in favor of the split, the town would not adopt their report. Opposing propositions from the eastern and western populations of Marlborough on where to build the new meeting house eventually resulted in the split of the town into the East and West Parishes, and a corresponding division in the church. A new meeting house was set up at Spring Hill and was opened for public service in 1806. Simultaneously, the inhabitants of the western section of Marlborough had taken steps to form a new Parish and a new meeting house. In 1808, the western part of town was incorporated as the Second Parish in Marlborough, and on the fifth of March, the West Church was organized. 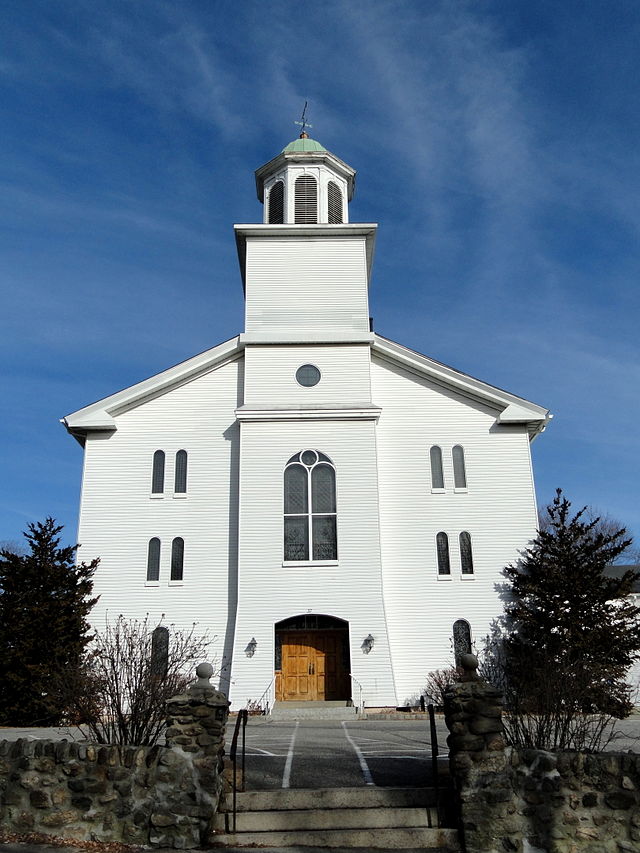