Thomas Weld was born in November, 1702, in Roxbury, Massachusetts. He graduated from Harvard University in 1723. Weld first became a teacher at the Roxbury Latin School before moving to Southborough to preach. In 1735 he was invited to preach at the newly gathered Congregational Church in Upton, Massachusetts and he was ordained as the first minister of the church on January 4, 1738. He was dismissed from his position in December, 1743 due to theological differences between himself and his parish. In addition, there were rumors that Rev. Weld had had an extramarital relationship with the daughter of his landlord, Ms. Wheeler.

In 1744, Weld was called to preach in Middleboro, Massachusetts following the death of Rev. Peter Thatcher, Jr. His appointment as the minister in 1745 followed a split in the church, between revivalists and traditionalist, with the majority of the congregation staying with Rev. Weld and the minority forming a break-away church with Rev. Sylvanus Conant as their minister. During Rev. Weld’s ministry, the congregation shrank significantly, with most leaving to join Rev. Conant’s church. In 1749 Weld was dismissed; following Weld’s dismissal the church reformed with Conant’s.

Weld returned to Roxbury and pursued a suit against Middleboro for salary. He evidentially won that suit. In the following years Ward likely became an itinerant preacher before joining the British Army as a chaplain during the French and Indian War (1754-1763). He died during the war, probably in the range of 1756-1758.

Find out more about Thomas Weld commonplace book, 1723. View this collection's finding aid at the Congregational Library and Archives 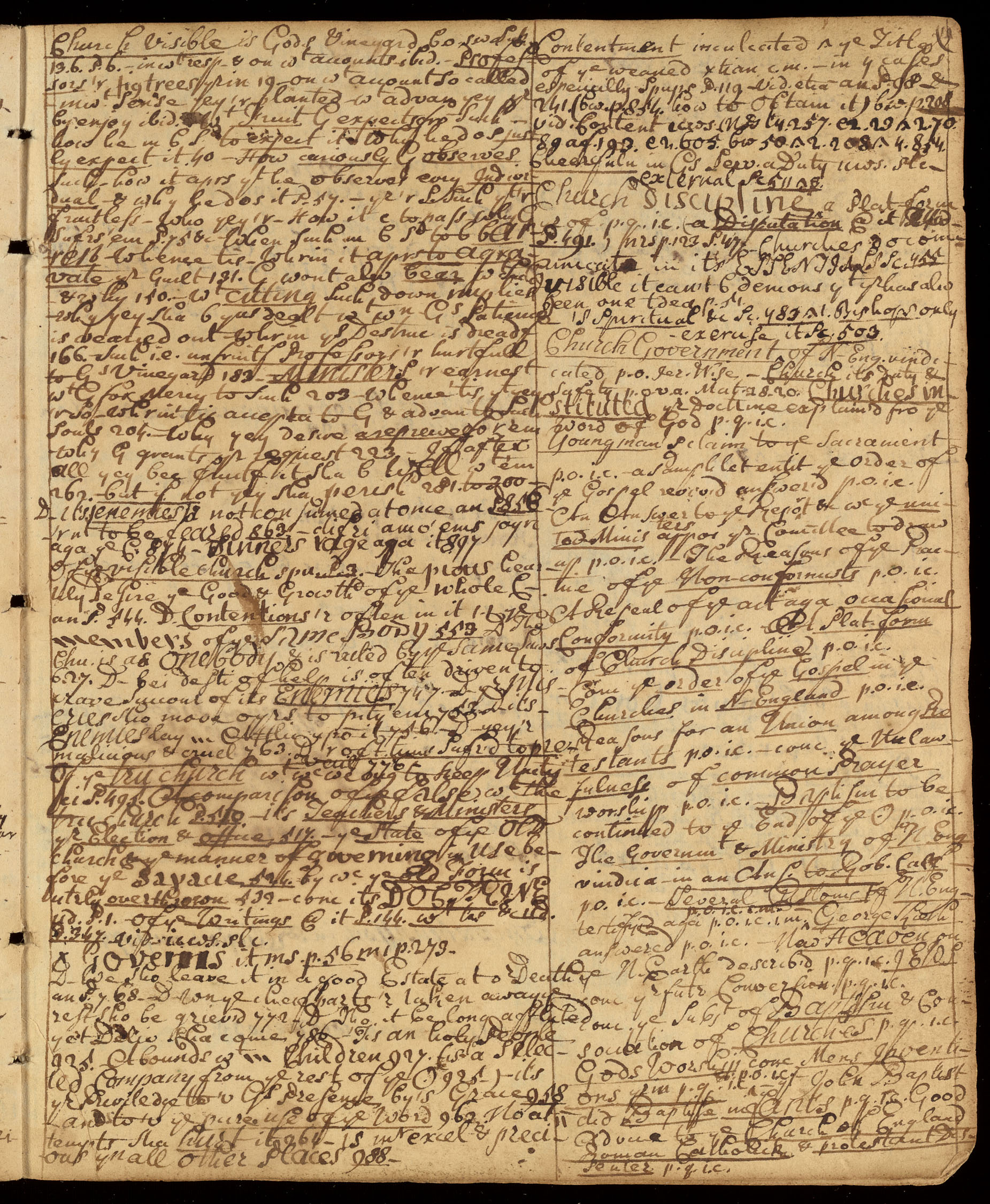