Tabernacle Church in Salem, Massachusetts, traces its historical roots back to 1629 with the founding of First Church of Salem. In 1735 First Church Pastor Samuel Fisk was dismissed from his position by ecclesiastical council. A group of parishioners followed Fisk from First Church, built a new meeting house, and met also under the name First Church until 1762 when they were compelled by the colonial legislature to change their name to "Third Church of Christ in Salem". In 1774 the great fire of Salem burned the Third Church meeting house to the ground. A replacement meeting house was built in 1777 and was copied from the Tabernacle in Moorfields (London) made famous by its association with George Whitefield, leading to the nickname "Tabernacle Church".

It was during the building of this meeting house that strife drove a portion of the Third Church congregation to split and form South Church of Salem in 1775. Originally also referring to themselves as "Third Church", the split church later rejoined Tabernacle Church in 1924.

In 1781 the proprietors of Third Church were reincorporated as "the proprietors of the meeting house and land where the Reverend Doctor Nathaniel Whitaker now preaches." Reverend Whitaker was removed from office in 1784 by ecclesiastical council. Another split occurred in 1802 when a portion of Tabernacle Church left to form a Presbyterian church.

Some materials in this collection have been digitized in partnership with the Phillips Library at the Peabody Essex Museum and have been made available through our New England's Hidden Histories project. 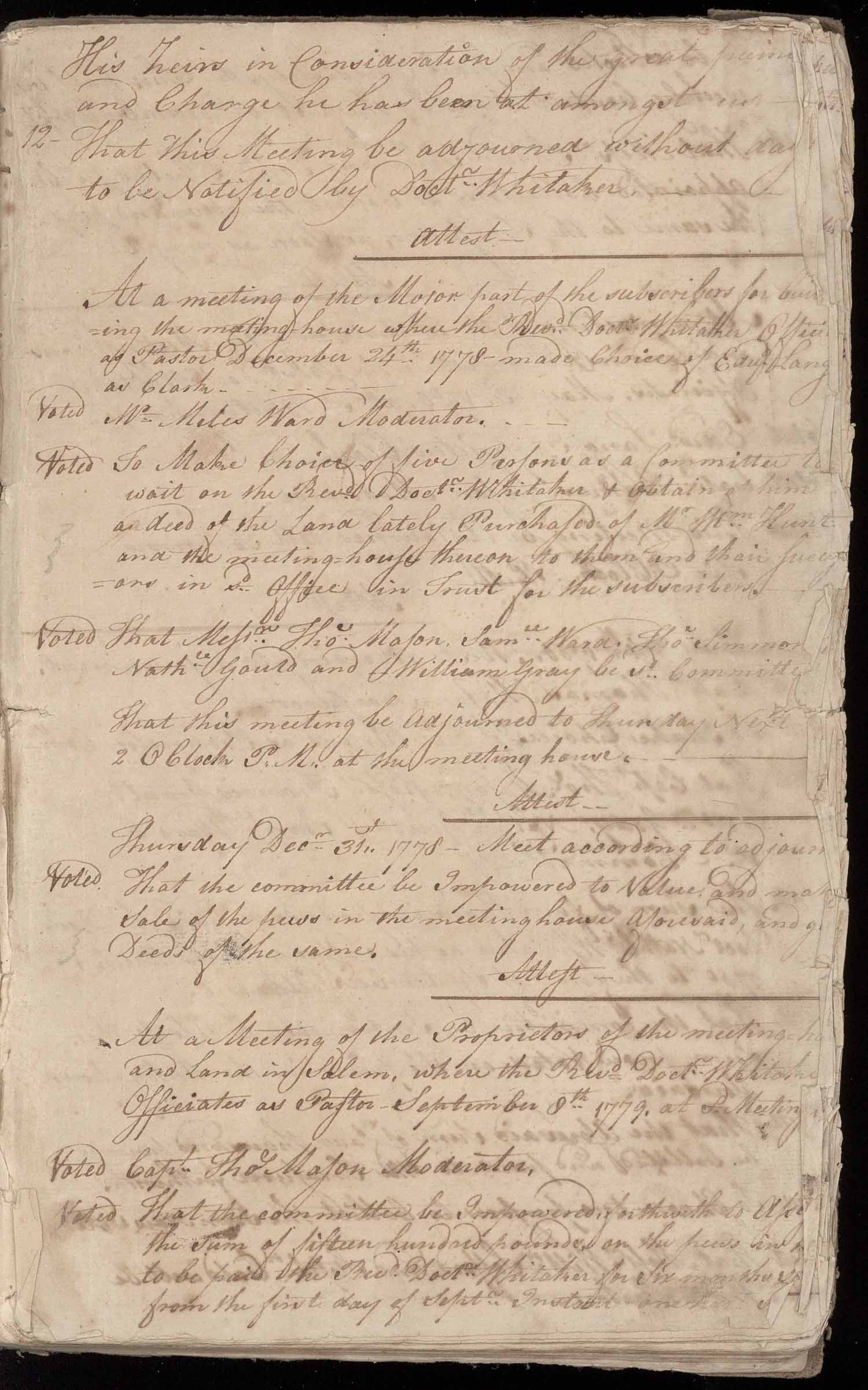