South Church in Salem, Massachusetts, was formally founded in 1775 by persons separating from Tabernacle Church of Salem after a disagreement with the Tabernacle Church pastor regarding both the location of the new meetinghouse and the pastor's attempts to induct the church into the Presbytery. Originally called the Third Church, it was later renamed in 1805 when the Proprietors of the New South Meeting House received incorporation. The church settled their first pastor, Rev. Daniel Hopkins, in 1775 and ordained him in November of 1778. The proprietors were then reincorporated as South Church in Salem in 1838. Rev. Hopkins served the church until 1814, dying in office at 81 years of age. Brown Emerson was called as pastor in 1805 and continued to preach to South Church until his death in 1872. It re-merged with Tabernacle Church of Salem in 1924, and this organization continues to serve the Salem community today as the Tabernacle Congregational Church, UCC.

The digital volume below consists of the earliest book of church records, datin from 1774-1805 and including meeting minutes, votes, pew assignments, and pew tax records.

Find out more about Salem, Massachusetts. South Church records, 1774-1805. View this collection's finding aid at the Congregational Library and Archives 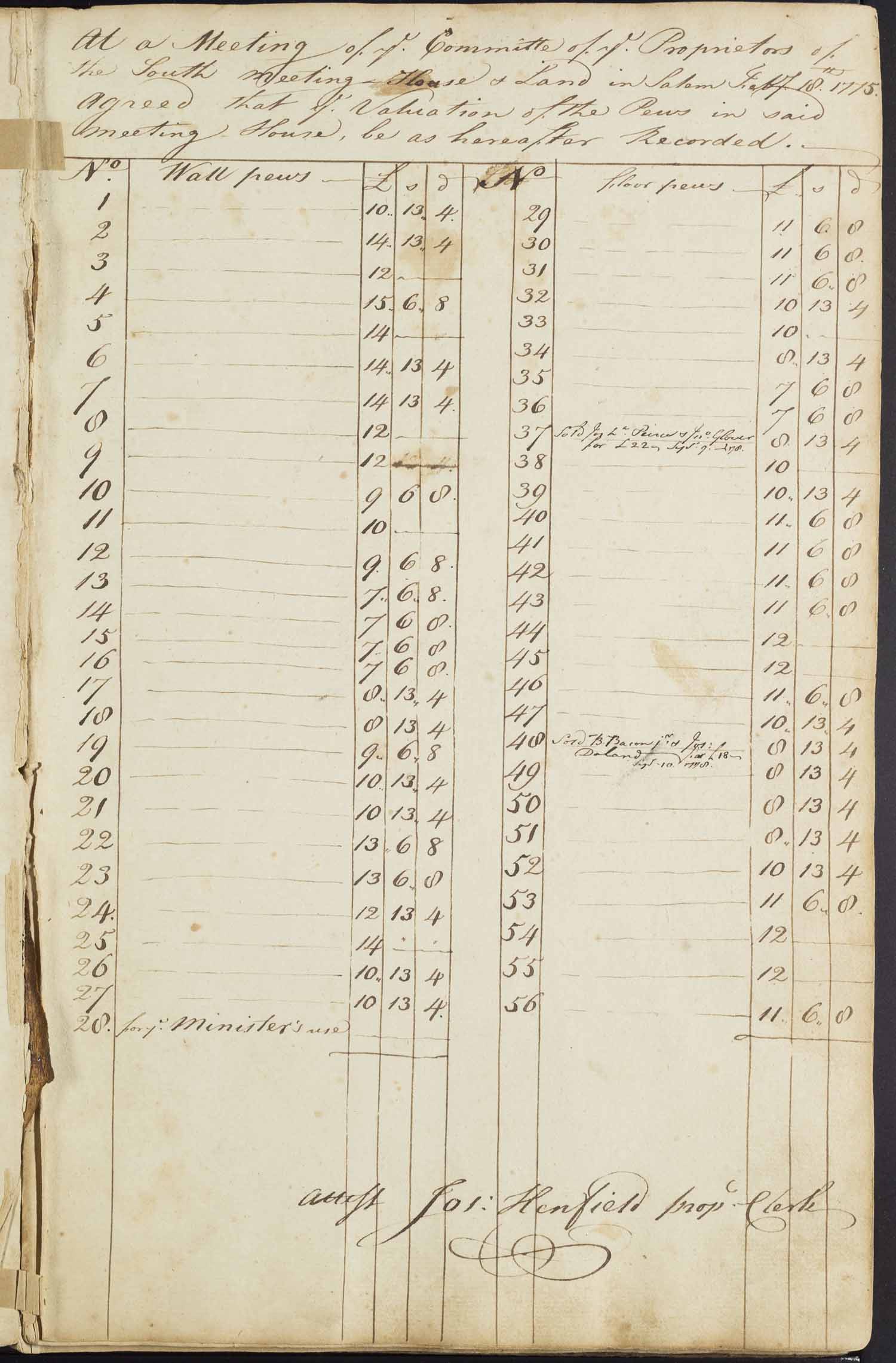