The initial plan to create a new church “South side of the river” in Ipswich, Massachusetts, dates to a petition presented to the First Church in Ipswich in 1725. The primary reason cited in the petition for the creation of a south meeting house was the long and difficult travel parishioners in southern Ipswich had to overcome in order to attend the First Church. The Parish voted to allow for construction of a south meeting house; however, this did not come to pass, apparently, in part, because one of the two employed ministers, Rev. John Rogers, was quite popular.

Calls for separation did not resume until 1746, shortly after the death of John Rogers in December, 1745. In 1746 a new petition for the creation of a south meeting house was presented to the First Parish. The new petition, beyond citing the geographic distance between communities, cited the fact that by 1746 the First Church meetinghouse was physically too small to comfortably accommodate the whole parish. Initially this petition was voted down. In 1746, Rev. John Walley was invited to become the second minister of the First Church to replace John Rogers. The first minister, Rev. Nathaniel Rogers and Rev. Walley did not get along well. When the disagreements between the two ministers became public, the First Parish voted to allow for the formation of a south meeting house and parish in large part to deescalate the feud between the two ministers. In 1747 the South Church was formally gathered and Rev. John Walley was installed as the first minister of the new church. Construction on the South Meeting House began in 1747 and was completed in the spring of 1748.

In 1838, the second meeting house of the South Church was constructed. Rev. Thomas F. Waters, minister of the South Church from 1879-1919, organized the Ipswich Historical Society. In 1899 the church steeple was struck by lightning; while the church building survived the subsequent fire, the original bell did not. A new bell was secured by Elizabeth M. Brown in honor of her late husband, William G. Brown.

In 1922 the South Church, whose membership had waned significantly in the twentieth-century, reformed with the First Church to form the First and South Congregational Church of Ipswich, Massachusetts. The South Church Meeting House was repurposed as the Parish House and served as that function until it was destroyed by fire in 1977. Only the bell survived the fire. The church lot was converted into a small park and the bell was repurposed into a memorial within the park. The First and South Congregational Church, now simply First Church, still serves the Ipswich community today.

Find out more about Ipswich, Massachusetts, South Church records, 1747-1868. View this collection's finding aid at the Congregational Library and Archives 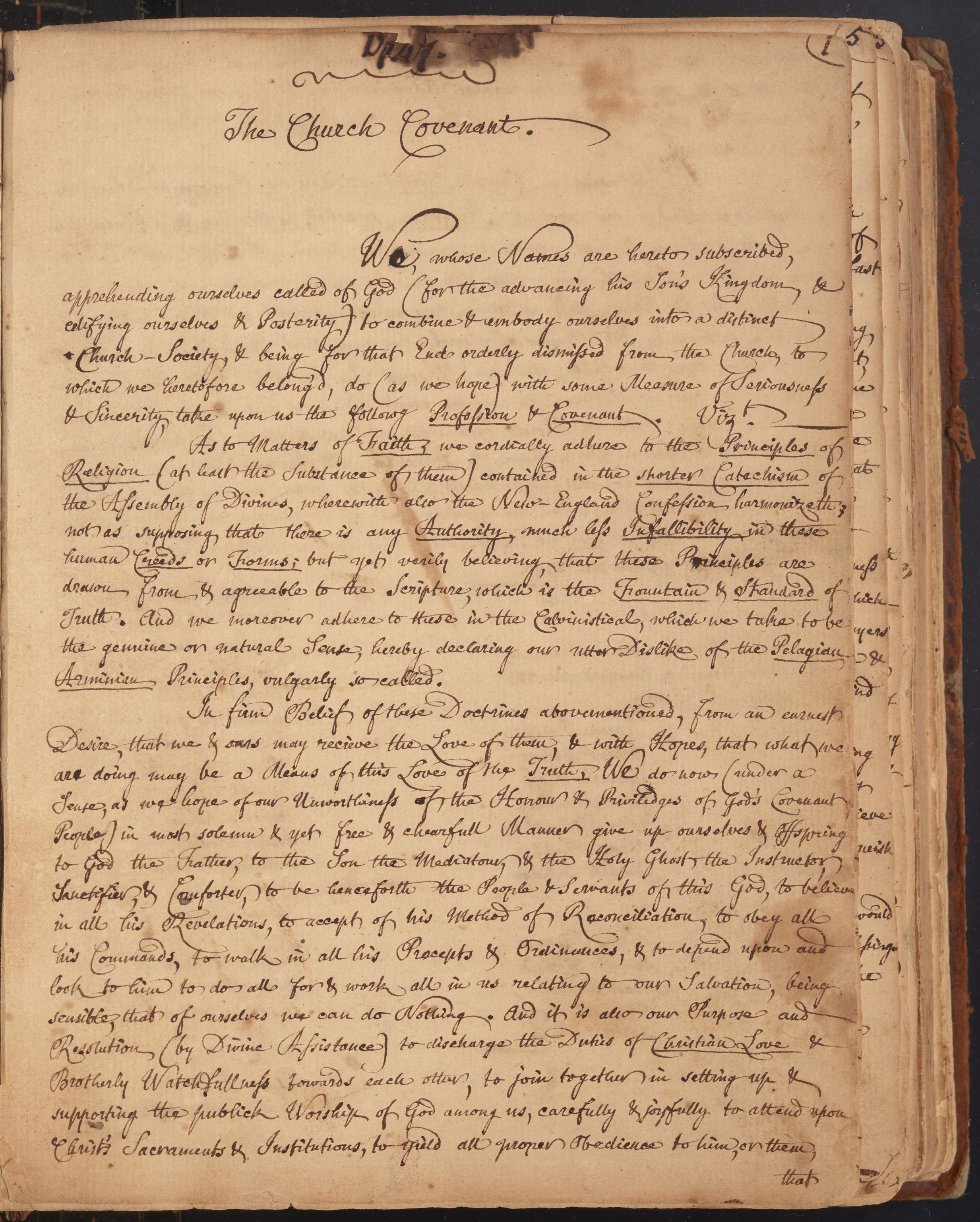