In 1742 the pioneer inhabitants of the northern part of Sheffield, Massachusetts, petitioned the General Assembly for incorporation. While this request was denied by the General Assembly, the Housatonic Village was recognized as the North Parish of Sheffield. Construction on the first meeting house began in the spring of 1742 and was completed by 1743. Samuel Hopkins, a recent graduate of Yale and protégé of Rev. Johnathan Edwards, was called to become the first settled minister for the Housatonic Village. Hopkins evidently had some reservations about the call due to his scholarly nature, but ultimately accepted. He was ordained on December 28, 1743 and the church was officially gathered as the Second North Housatonic Parish of Sheffield; at the time only five others were given full membership into the church. In 1761 the North Parish was incorporated as the town of Great Barrington and the church was renamed to the First Congregational Church of Great Barrington.

Rev. Samuel Hopkins' pastorate was largely defined by both financial and religious difficulties. The parish had difficulty meeting Rev. Hopkins' already low salary and it seems that he was often underpaid during the whole of his pastorate. Some of his financial difficulties were exacerbated by his strict theological beliefs and rejection of the Half-Way Covenant which allowed the children of baptized non-members to have their children baptized in the church. The Housatonic Village included a sizable population of settlers with Dutch backgrounds who largely did not agree with strict Congregational polity. Around 1760, a number of Dutch inhabitants were confined in public stocks for their failure to attend public worship. At around the same time upwards of 60 children had been refused the rite of baptism since their parents were not full members of the church. These two events caused significant tension between Rev. Hopkins and the parish community. In 1763 an Episcopal church was gathered and its members no longer paid the town tax which supported Rev. Hopkins. By 1769, the parish refused to appropriate funds for Rev. Hopkins' continued ministry and he was subsequently dismissed as the minister by an Ecclesiastical Council.

The First Congregational Church did not have another settled minister until May 4, 1787 when Rev. Isaac Foster was settled as the second minister of the church. He was dismissed in 1790 after the town could not, once again, raise the funds necessary to cover his salary. In 1791 the town was legally divided into two religious societies, one Congregational and the other Episcopal; practically, this legislative change simply formalized the system of ones taxes only going to support the minister at the church they belonged to. The church again remained without a settled minister until September 24, 1806, when Elijah Wheeler was ordained; at the time there were only 21 church members.

Rev. Wheeler did much to expand church membership during his tenure, even at times going against Congregational precepts to welcome new members, especially the infirm. He also oversaw the construction of the second meeting house; the first meeting house was apparently in serious neglect by the time he was installed as the minister. On December 28, 1813 the second meeting house, designed by Captain John Ford, was dedicated. Rev. Wheeler served until 1823 when he was replaced by Rev. Sylvester Burt on account of Wheeler's declining health. In 1826 the church joined the Massachusetts Sunday School Union and appropriated funds to create a Sabbath School library. The church also participated in a number of other social initiatives during the first half of the nineteenth-century such as providing financial support to the American Board of Foreign Missions and passing a temperance resolution in 1840.

In 1859 construction on the third meetinghouse was begun with the removal of the second meetinghouse's steeple to be reused in the new building. The third meeting house, which was Romanesque in design, was completed in 1860. In 1879 a chapel was adjoined to the church building. Both were destroyed to a fire on March 4, 1882. The lower walls and foundation of the third meeting house were reused in the construction of the fourth, and final, meeting house. This structure, designed by William C. Brocklesby, was entered into the National Register of Historic Places in 1992. 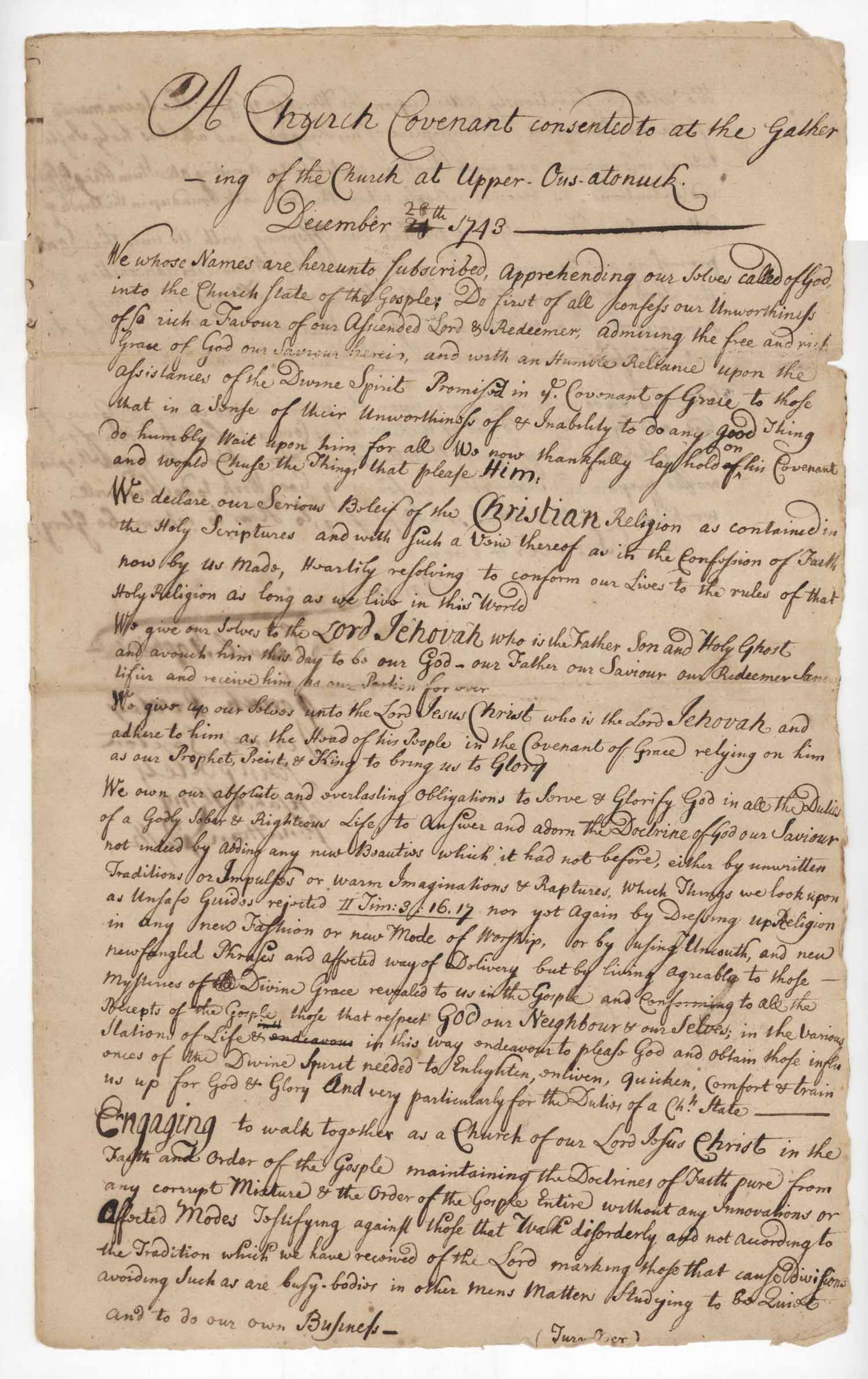