The Second Church of Newbury was organized in 1698, after the township of Newbury had expanded across the Artichoke River into what is now West Newbury. Congregants of the First Church wished to build a meeting house closer to their new homes, and so the Second Church was formed with the Rev. Samuel Belcher as its first pastor. In 1731 the burgeoning congregation divided again, with 120 members departing to form the Fourth Church of Newbury. The former Second Church remains active today as the West Newbury Congregational Church, which is a member of the Conservative Congregational Christian Conference (CCCC).

The digital collection below is subdivided into a bound volume of church records, a bound volume of correspondence, and a document containing the church's 1729 articles of agreement. The church records detail administrative concerns such as meetings, member listings, seating lists, and a record of baptisms. The correspondence pertains entirely to a dispute between the church's minister Rev. Christopher Toppan and aggrieved members of his congregation during 1743-1744, including letters written to an ecclesiastical council which was called to intervene.

Materials in this collection have been digitized in partnership with the Phillip Library at the Peabody Essex Museum and have been made available through our New England's Hidden Histories project. 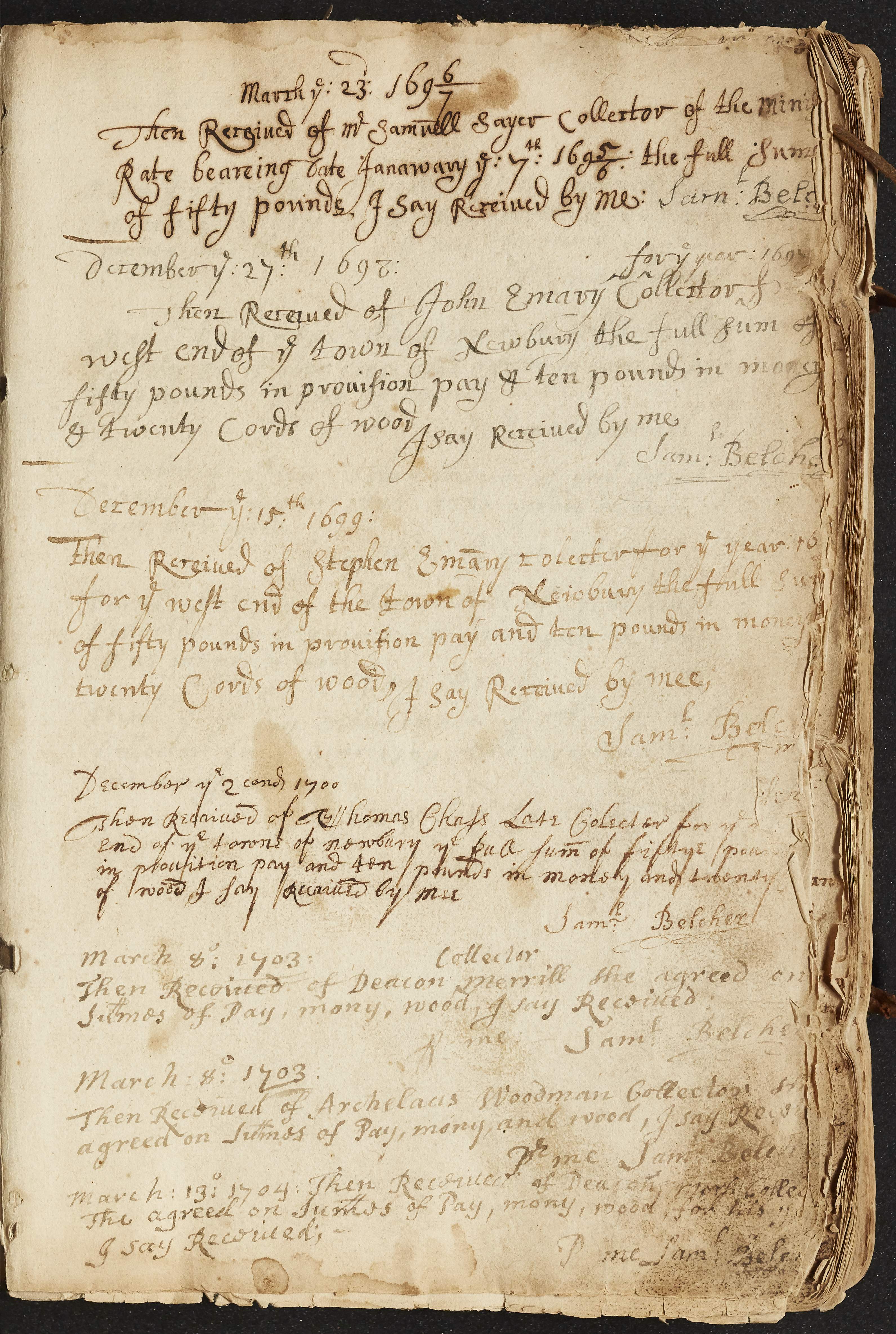