Browse the Second Church of Christ records in Reading, Massachusetts

The town of Reading was originally settled in 1639 as an offshoot of nearby Lynn, and incorporated as a town of its own in 1644 with a church gathered the following year. By 1713, the northern part of the town had grown large enough that its residents successfully petitioned to become a separate precinct encompassing the area north of the Ipswich River. The first meeting-house was constructed in 1717 and the Second Church of Christ in Reading was gathered on June 29, 1720 with 39 founding members. A call to serve was extended to the Rev. Daniel Putnam, a Harvard Graduate who, at 23, accepted the call. He served as pastor until his death on June 20, 1759.

Religious turmoil reached the North Parish during the 1830s in the form of increasing disagreements between the Orthodox and Universalist traditions. In 1836, the Orthodox members of the church withdrew and constructed a new church. This split was one of many within the greater Reading community at the time. Beginning around 1875, the Methodist Church in North Reading began meeting on the second floor of the Second Parish’s meeting house. In 1892, the two parishes merged to form the Union Congregational Church of North Reading.

On July 16, 1923, the church was officially incorporated and the bodies of the church and society were merged into one organization. The Union Church voted to join the United Church of Christ during the earlier part of the 1960s. The church continues to serve the community today as the North Reading Union Congregational Church.

Find out more about Reading, Massachusets. Second Church of Christ records, 1720-1806. View this collection's finding aid at the Congregational Library and Archives 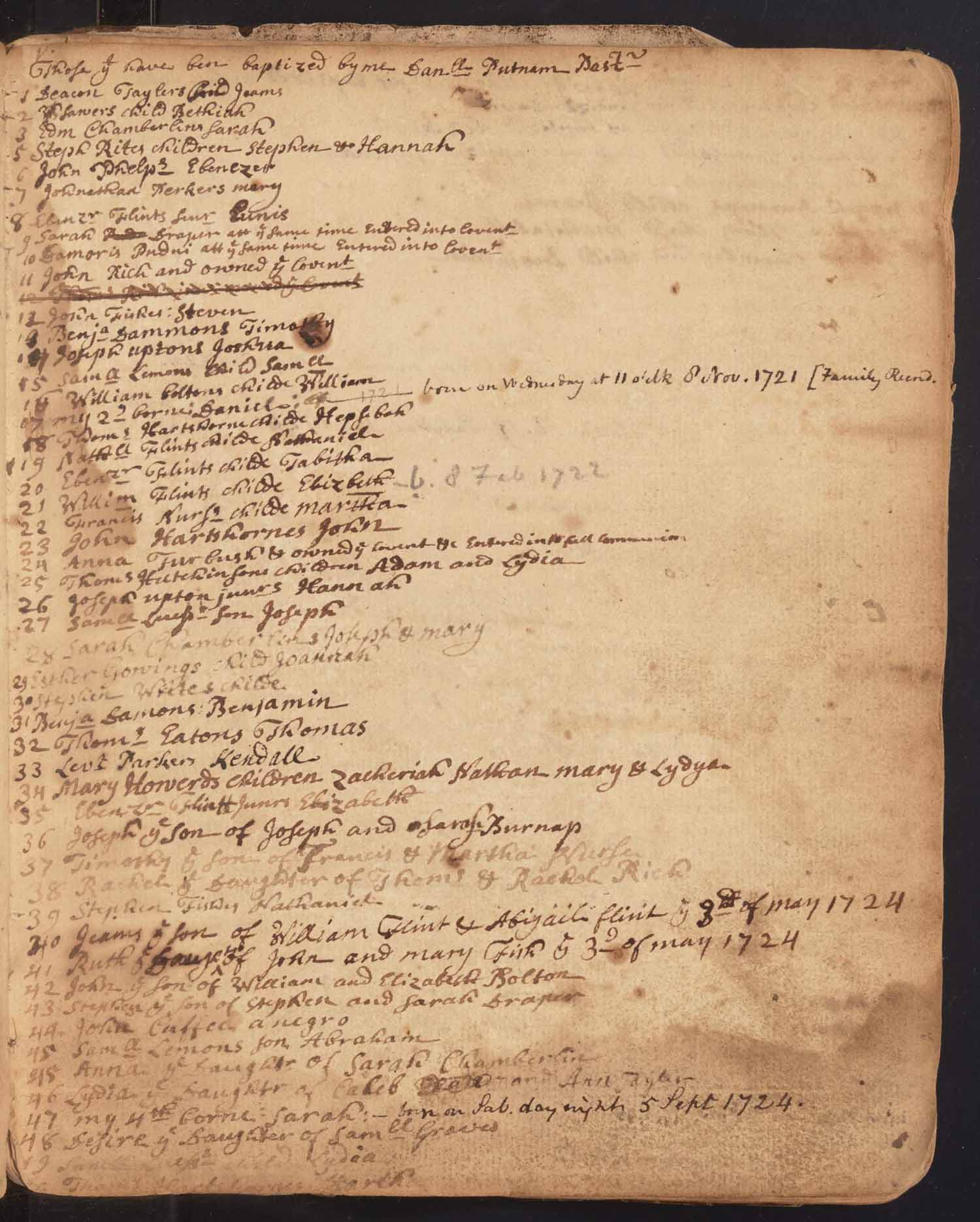