Samuel Perley (1742-1831) was a Presbyterian and Congregational minister, representative of the General Court, Justice of the Peace, doctor, and school teacher who resided respectively in modern-day Massachusetts, New Hampshire, and Maine. Originally born in Rowley, Mass. in 1742, he graduated from Harvard in 1763 and was ordained and settled in January of 1765 in the Presbyterian Church at Seabrook, N.H. where he served as minister for ten years. Beginning in October of 1776 he undertook a short-lived series of ministries. Rev. Perley preached for two months at Rowley, Mass., was next installed in 1778 at Moultonborough, N.H. and dismissed in May the following year, and served at the Congregational Church in Cockermouth (now Groton), N.H. from June 1779 to February of 1784.

Following his dismissal from Cockermouth, Rev. Perley removed to Gray, Cumberland County, Maine, where he was settled on September 8, 1784; at this time Maine was still part of the Commonwealth of Massachusetts. During his tenure the church changed from Congregational to Presbyterian, and he was dismissed by the town in May of 1791. Rev. Perley continued to reside in Gray, practicing medicine and serving as a Justice of the Peace for 21 years. He became a representative to the General Court of Massachusetts in 1787 and a member of the Constitutional Convention in 1788. He died on November 28, 1831, at age 89.

The digitized collections below comprise 4 volumes of Rev. Perley's papers. These consist of personal, ministerial, and legal records, including writings about the Committees of Correspondence; marriage, birth, and death records; depositions charging Rev. Perley with adultery; documents relating to difficulties over salary and parsonage lands; wills of Rev. Perley and Priscella Merrill; legal papers of various citizens of Gray; and an account book reflecting fees charged for preaching, teaching and for legal and medical services. 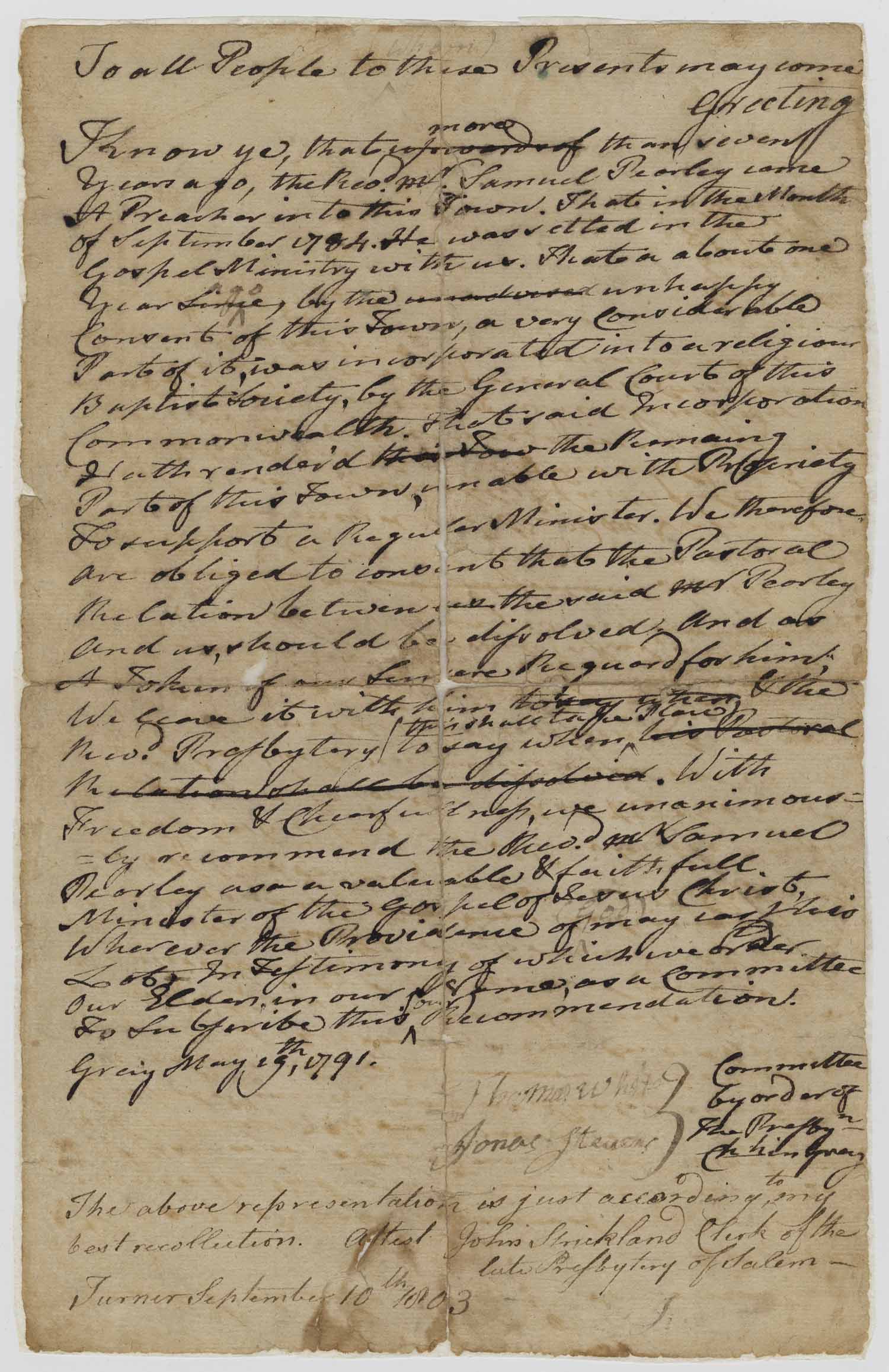