Samuel Fisk, the son of Rev. Moses Fisk of Braintree, graduated from Harvard in 1708. He was invited to settle in Boston but there was so much opposition to him that he declined the invitation and was subsequently ordained at Salem in 1718. A dispute began shortly after Fisk's appointment, over his refusal to deliver a traditional annual lecture, as well as his tampering with the church meeting records. This led to a split in the congregation with a number of members leaving. Fisk finally received ecclesiastical censure from the Council of Churches and was dismissed in 1735. The House of Representatives voted to try him in court later that year. After Fisk's dismissal, he led a group of parishioners in building a new meetinghouse (also named First Church) which was then compelled to change its name to the Third Church of Christ in Salem in 1762. Later it would become known as the Salem Tabernacle, after the architectural style of its second meetinghouse. Rev. Fisk resigned his pastorate July 30, 1745, but continued to reside in Salem until he died in 1770.

Find out more about Samuel Fisk papers, 1731-1755. View this collection's catalog record at the Phillips Library 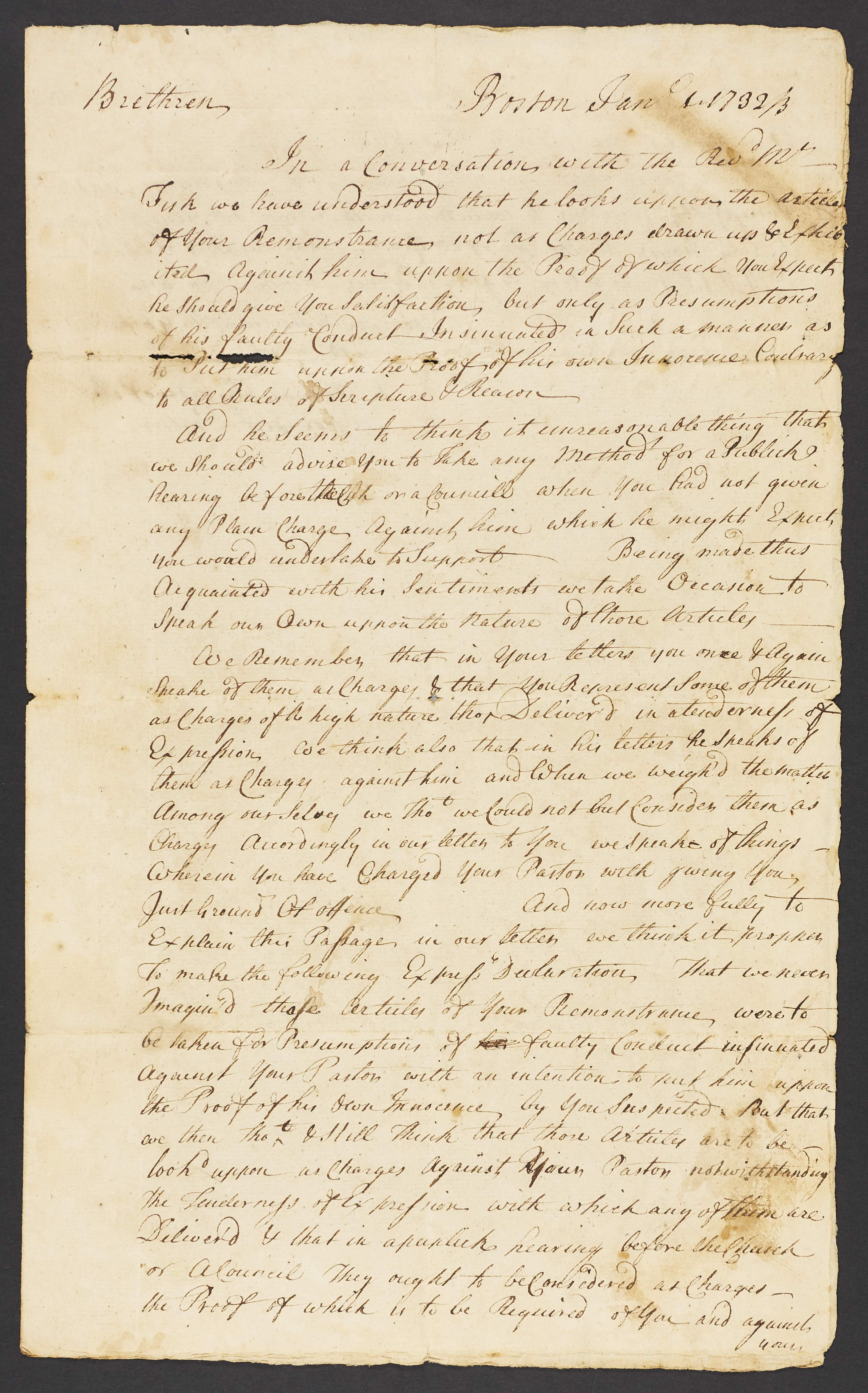