The Salem Female Anti-Slavery Society (SFASS) was formed in 1834. The preamble to the SFASS's constitution stated its three principles: that slavery should be immediately abolished; that African Americans, enslaved or free, have a right to a home in the country without fear of intimidation, and that society should be ready to acknowledge people of color as friends and equals. These principles, in addition to the American Anti-Slavery Society's principles, were in direct opposition to the American Colonization Society, which had been founded in 1817 with the objective to transport emancipated slaves and other free Black people to a perceived "homeland" in West Africa.

The majority of SFASS membership was comprised of wives and daughters of the members of the Anti-Slavery Society of Salem and Vicinity (ASSSV), who were drawn largely from Salem's middle and professional classes. Early activities of the society included distributing clothes to free African American residents in the area, supporting the National Anti-Slavery Bazaar at Faneuil Hall, organizing a sewing school for Black girls, and aiding fugitive slaves in Canada. Between 1844 and 1862, the society organized an annual anti-slavery lecture series. Abolitionists such as Lucy Stone, Wendell Phillips, Frederick Douglass, Charles Lenox Remond, and William Lloyd Garrison, who travelled on circuit tours across the country, were requested to speak. With its primary goal, the abolition of slavery, accomplished during the Civil War, the Society voted to dissolve on January 3, 1866. 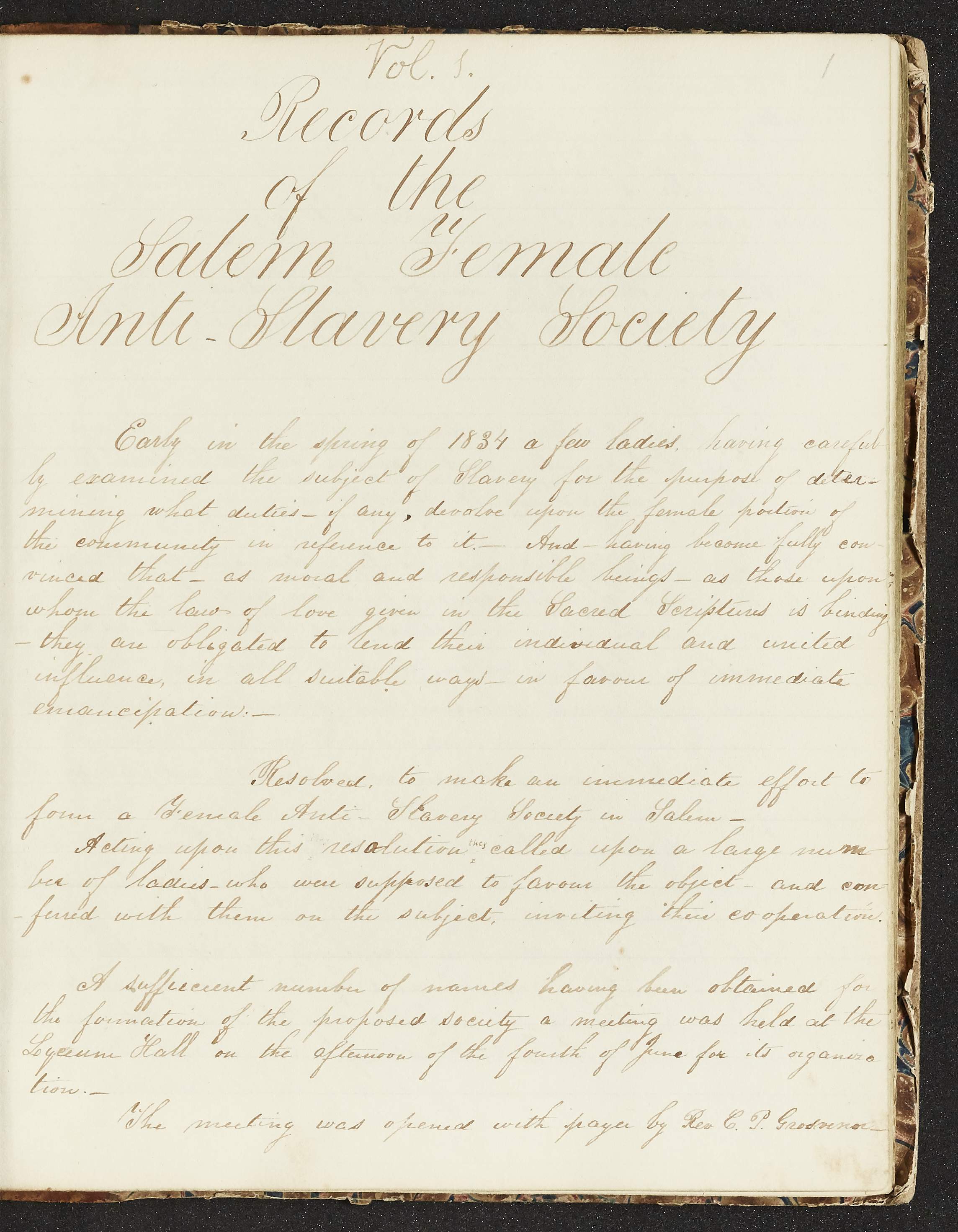