The Old South Church originated when twenty-eight members of the First Church in Boston separated in 1669 to found the Third Church of Boston. These separatists disagreed with the minister's insistence that adults must have "a regeneration experience of God" before their own children could be baptized. These members instead believed that childhood baptisms assured young adults they were full members and could baptize their children, a belief consistent with the Half-way Covenant.

In 1670, the congregation met for the first time in a building known as the Cedar Meetinghouse, which soon became known as South Church due to its location in the south end of town. The "Old" moniker was added in 1717 to distinguish the church from a newly-formed New South congregation. Prominent members of the Old South congregation included Benjamin Franklin, who was baptized at Old South in 1706, Phillis Wheatley, the renown black female poet, and writer Elizabeth Vergoose, better known as Mother Goose for her nursery rhymes.

During the Unitarian Movement of the early 19th century, Old South was the sole Congregational church in Boston to adhere to the doctrine of Trinitarianism. In 1816 Old South Church joined with Park Street Church to form the City Mission Society, a social justice mission serving Boston's urban poor. During the American Civil War, Old South became a recruiting center for the Union Army under minister Jacob Manning. Though the congregation was not entirely abolitionist, it strongly supported the Union cause. During the ministry of Rev. George Gordon the congregation moved from its meeting house at Washington Street to its Back Bay location in 1875. The current Old South Church is a member of the United Church of Christ. 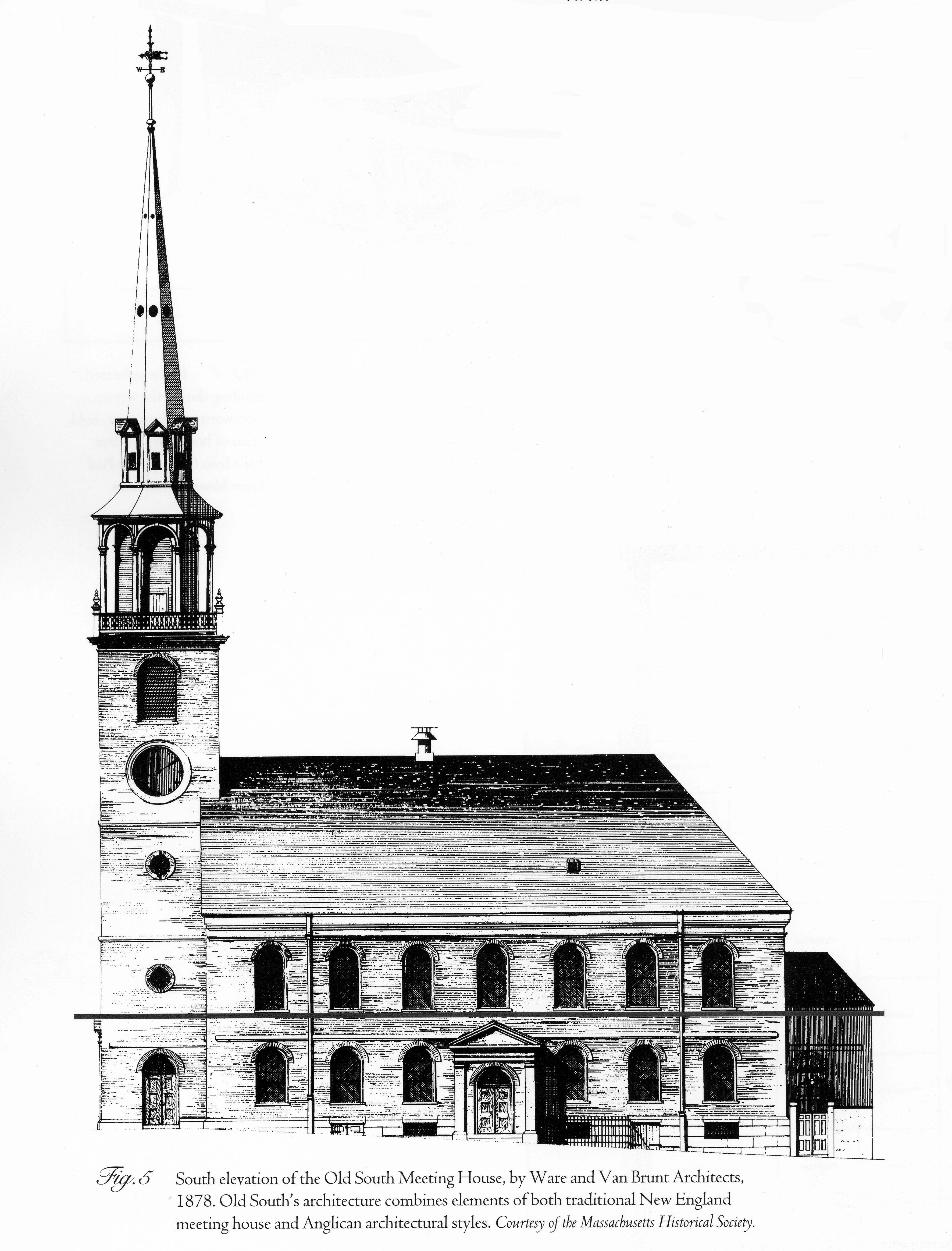