In the spring of 1770, the minister of the First Church in Salem, Rev. Thomas Barnard (1748-1814) became paralyzed and unable to work. His son Thomas Barnard, Jr. stepped in and fulfilled his duties until the annual meeting of the parish. Several votes were taken; the members of the church became split on who to call as their next minister. One group wanted to retain the current minister's son; the other wished to call the Rev. Asa Dunbar. Since no agreement could be reached, the church divided into two. The First Church called Rev. Dunbar as its minister and the newly formed North Church in Salem selected the Rev. Thomas Barnard, Jr. as its first minister.

In February 1772, forty-two associates bought land on the corner of North and Lynde Streets in Salem. These 'Proprietors of the North Meeting House' met on March 3, 1772, and voted to build a meeting house. On May 16, 1772, the First Church voted to grant the request of the 52 people who asked for a dismission to become members of the North Church. The first meeting house opened in August of 1772 and remained in use until 1836, when a new meeting house was built. The First Church and North Church reunited in 1923, and moved to the second meetinghouse of the North Church on Essex Street, its current home. The unified church continues to serve the community today as the First Church in Salem, Unitarian Universalist.

The digitized records below consist of a copy of the 1629 covenant from Salem First (intended to serve as a model for the North Church), an 1802 Act of Incorporation, and a report on pew payments by treasurer Thomas West. 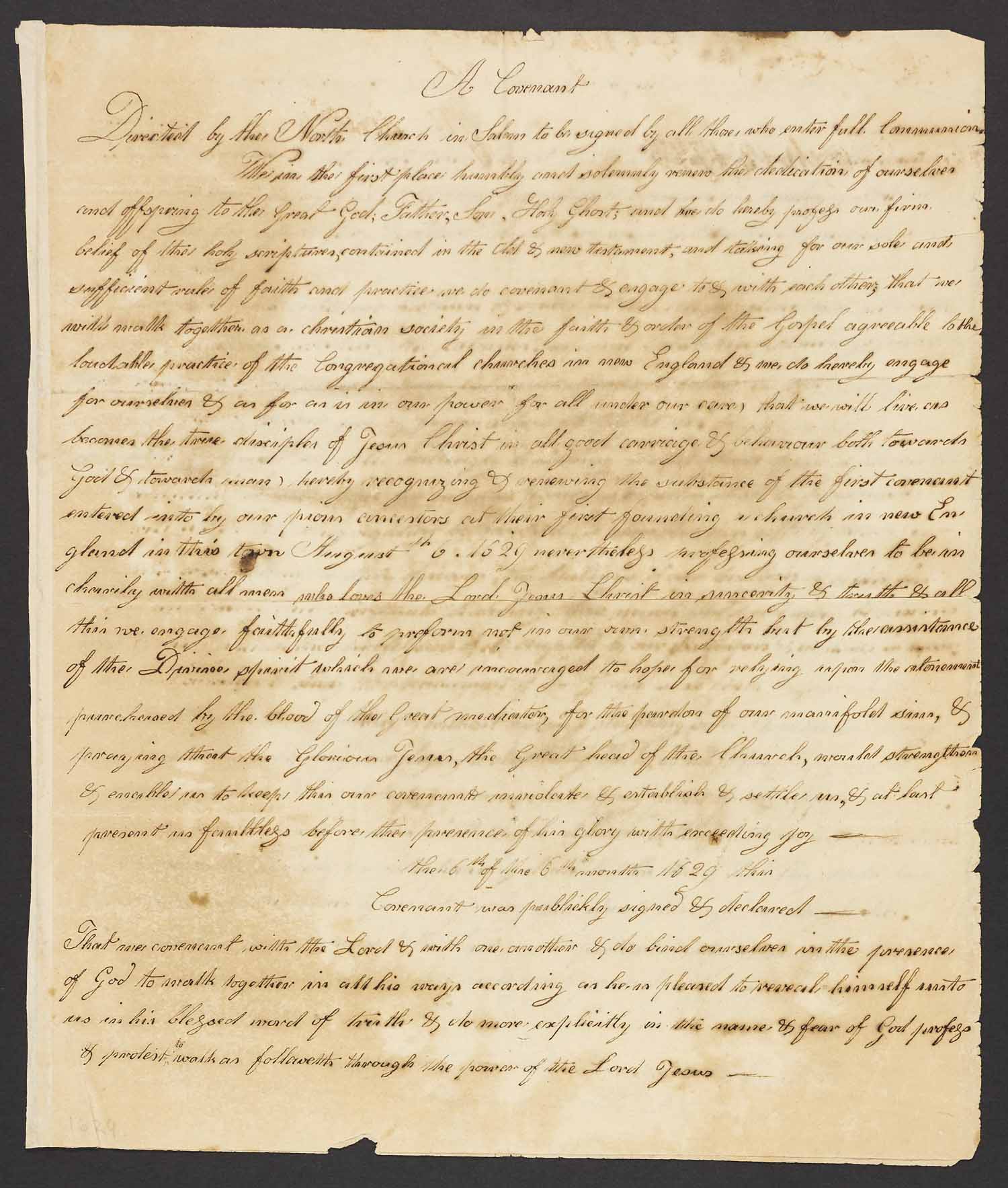