This collection comprises papers of the Mather family, beginning with the family patriarch, Rev. Richard Mather (1596-1669), the first to emigrate from England to North America. Materials include both records created by members of the family, as well as associated materials formerly in their keeping.

Rev. Richard Mather was born in Lowton, Lancashire, England in 1596. He attended the University of Oxford briefly, before being called as minister to the Toxteth Park Puritan congregation. He was ordained in 1620, but was suspended from preaching in 1634. He married Catherine Holt ( -1656) in 1624 and the couple had six sons, four of whom became ministers. He later married Sarah Story ( -1676), widow of the Rev. John Cotton (1585-1652). He emigrated to Massachusetts in 1635, and was called by the church in Dorchester, Mass., where he remained until his death in 1669.

Rev. Mather was an active preacher and writer and a leader of Massachusetts Congregationalism. His Church Government and Church Covenant Discussed was the first defense of the New England theory of religion. He collaborated with the Rev. John Eliot (1604-1690) and the Rev. Thomas Welde (1595-1600/01) in adapting the Psalms for singing in a work called the Whole Booke of Psalms (1640), better known as the Bay Psalm Book. Rev. Mather also authored a draft of the "Cambridge Platform", the principal doctrinal statement of New England Congregationalism, and was an advocate of the Half-Way Covenant at the Synod of 1662.

The digital materials below include an early draft of the Cambridge Platform and a defense of the platform's tenants entitled “An Answere of the Elders to certayne doubts” (circa 1651), both authored by the Rev. Richard Mather. There are also writings by his contemporaries, including Ralph Partridge's (1579-1658) "Modell of Church Discipline" and an essay by John Wilson (1588-1667). 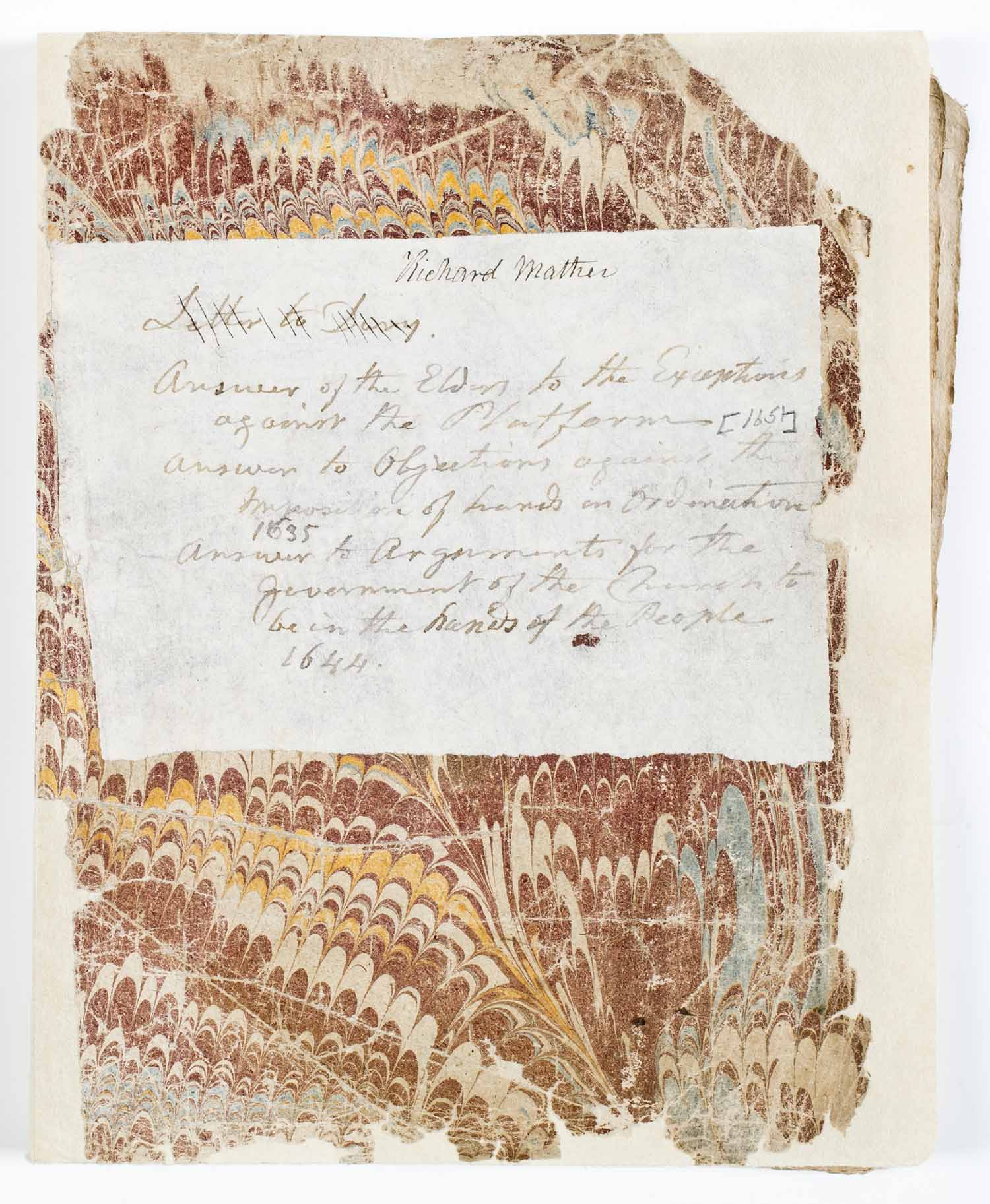