The Massachusetts Convention of Congregational Ministers is a historic gathering which traces its beginnings back to the early 1690s, when the ministers of Massachusetts Bay began to meet with one another. By 1721 the Convention was meeting annually each spring to hear a sermon. The sermon was followed by a dinner with members of the Great and General Court which was popularly known as "The Feast of Moses and Aaron". One of the primary responsibilities of the Convention was the financial support of widows and orphans of deceased ministers, and their records enumerate the monthly donations distributed to these individuals. The meetings also increasingly included discussions of contemporary social issues, such as the abolition of slavery. The Convention is ongoing, held alternatively in UUA and UCC member churches, and continues to feature speakers on various theological, pastoral, and international topics.

The digital collections below consist of three leather bound volumes containing the earliest records of the MCCM. These date from May 31, 1749 through May 31, 1838. They are administrative in nature, containing meeting minutes, committee reports, official correspondence, addresses to the convention, and historical notes.

Find out more about Massachusetts Convention of Congregational Ministers records, 1749-1838. View this collection's finding aid at the Congregational Library and Archives 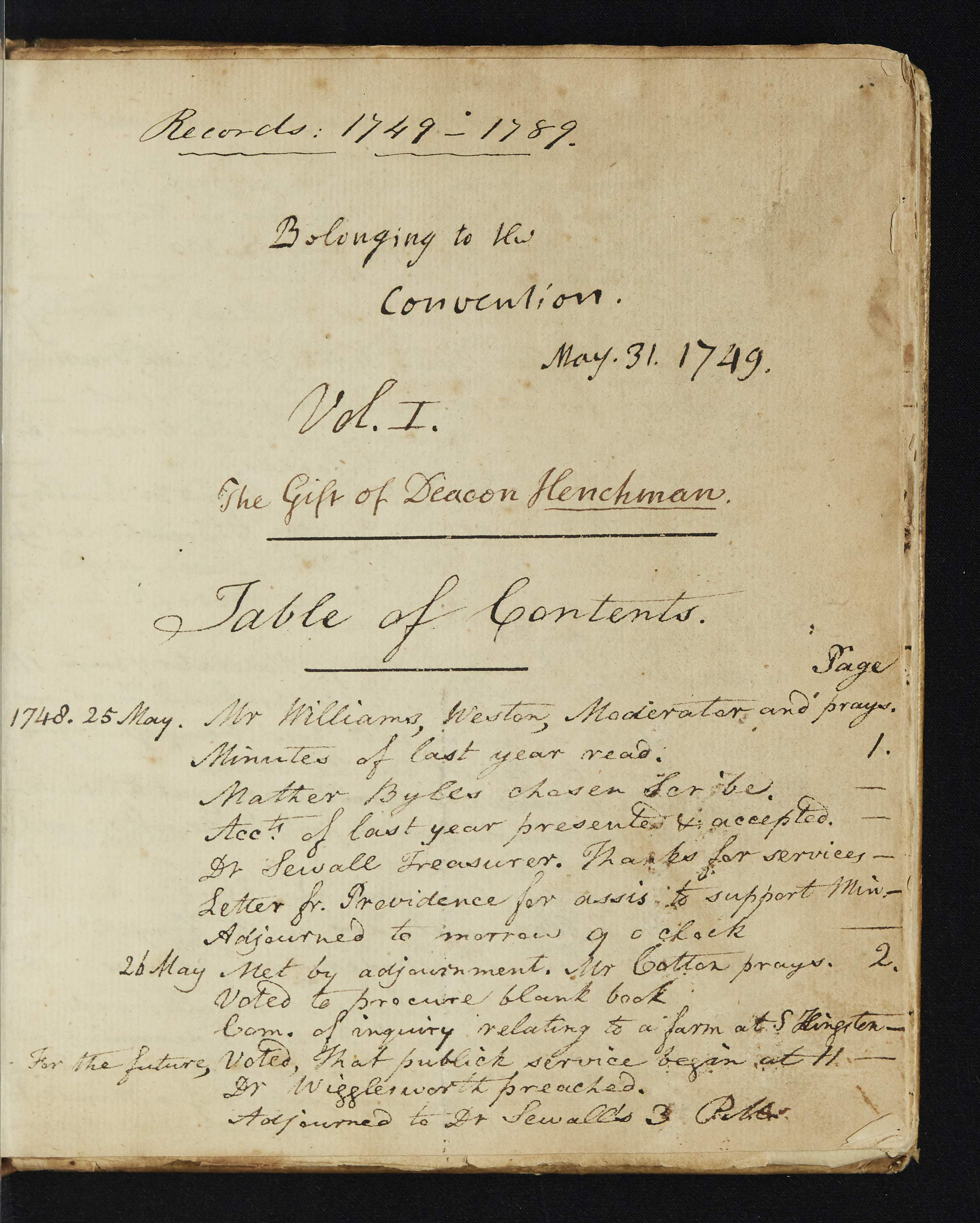