Find out more about Marlborough Association of Congregational Ministers, 1725-1842. View this collection's finding aid at the Congregational Library and Archives 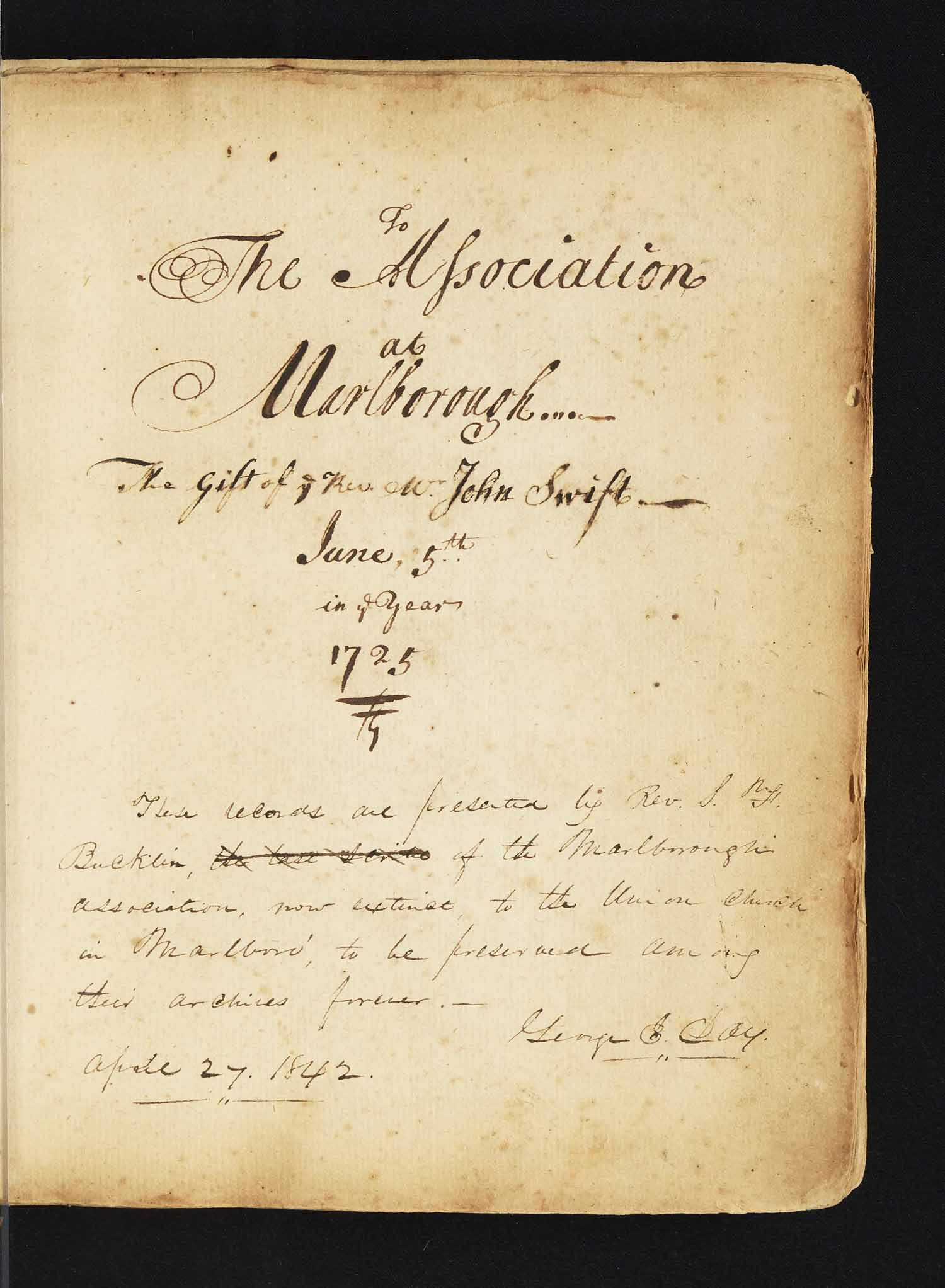