Rev. Joseph Green graduated from Harvard in 1695 and was ordained in 1698. He became minister of the Salem Village church, replacing the controversial Rev. Samuel Parris who had left in 1696. Rev. Green was credited with bringing unity back to a divided Salem after the witchcraft hysteria and Rev. Parris's divisive leadership. He publicly read the confession of Anne Putnam when she was received to communion in 1706, apologizing for her role in the 1692 witchcraft accusations. Rev. Green also presided over the congregation’s votes to rescind charges of witchcraft against those accused.

Rev. Green kept a personal diary between March 4, 1700 and July 18, 1715. In it he records weather events and everyday activities such as agricultural tasks, ministerial duties, theological study, meetings with family and friends, and visitations to nearby towns in Massachusetts.

Find out more about Joseph Green diary, 1700-1715. View this collection's catalog record at the Phillips Library 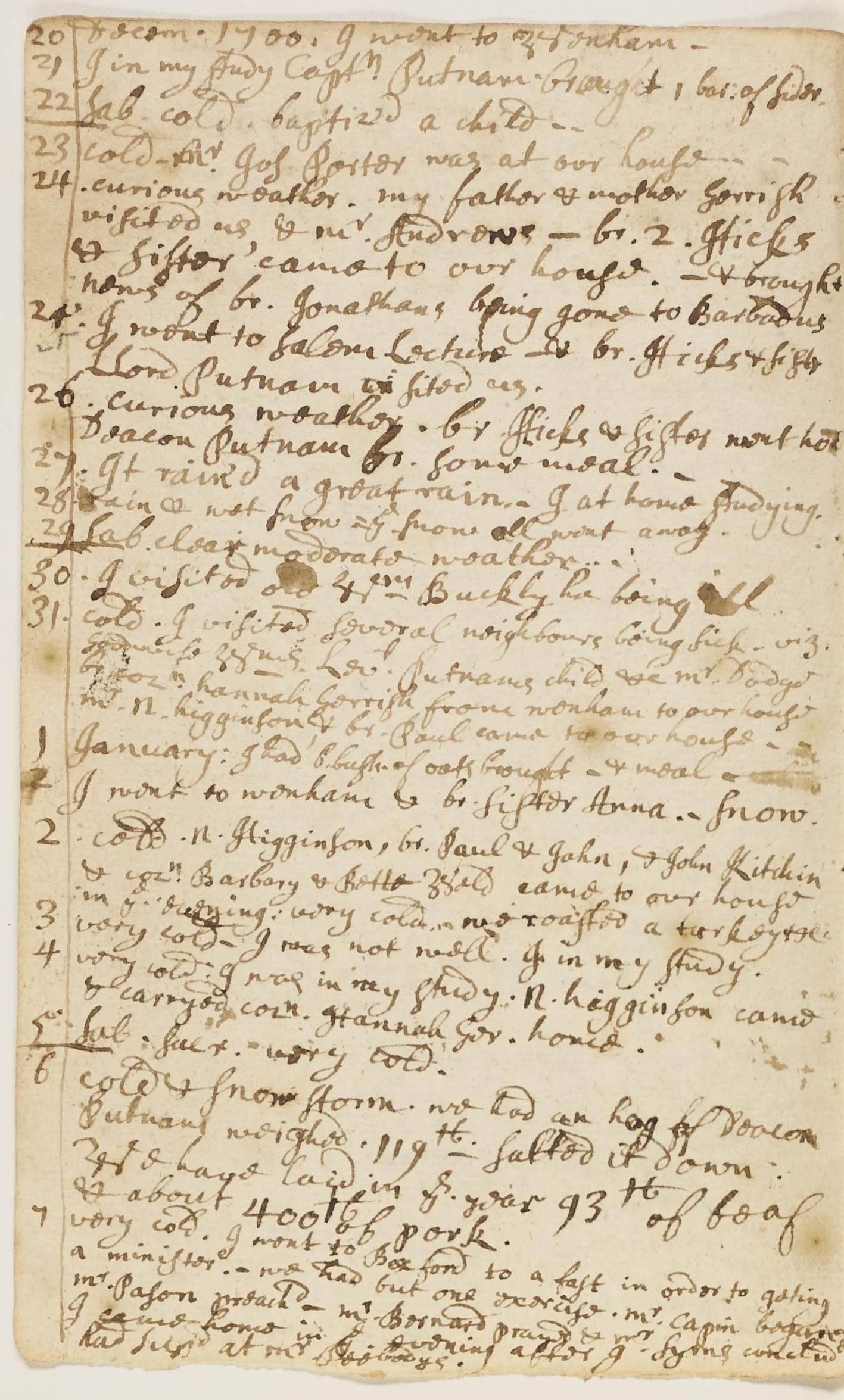