Rev. Jonathan Parsons (1705-1776) graduated from Yale in 1729, and was the minister at the First Church in Lyme, Connecticut from 1729/30 to 1745. He was heavily influenced by the Great Awakening, particularly by the evangelists Gilbert Tennent and George Whitefield, the latter of whom became his personal friend. Rev. Parsons was subsequently compelled by traditionalist parishioners to leave his parish in Lyme. Rev. George Whitefield personally recommended him to the new Presbyterian Church of Newburyport, Mass., and he took up ministry there from January 1745/6 until the end of his life. 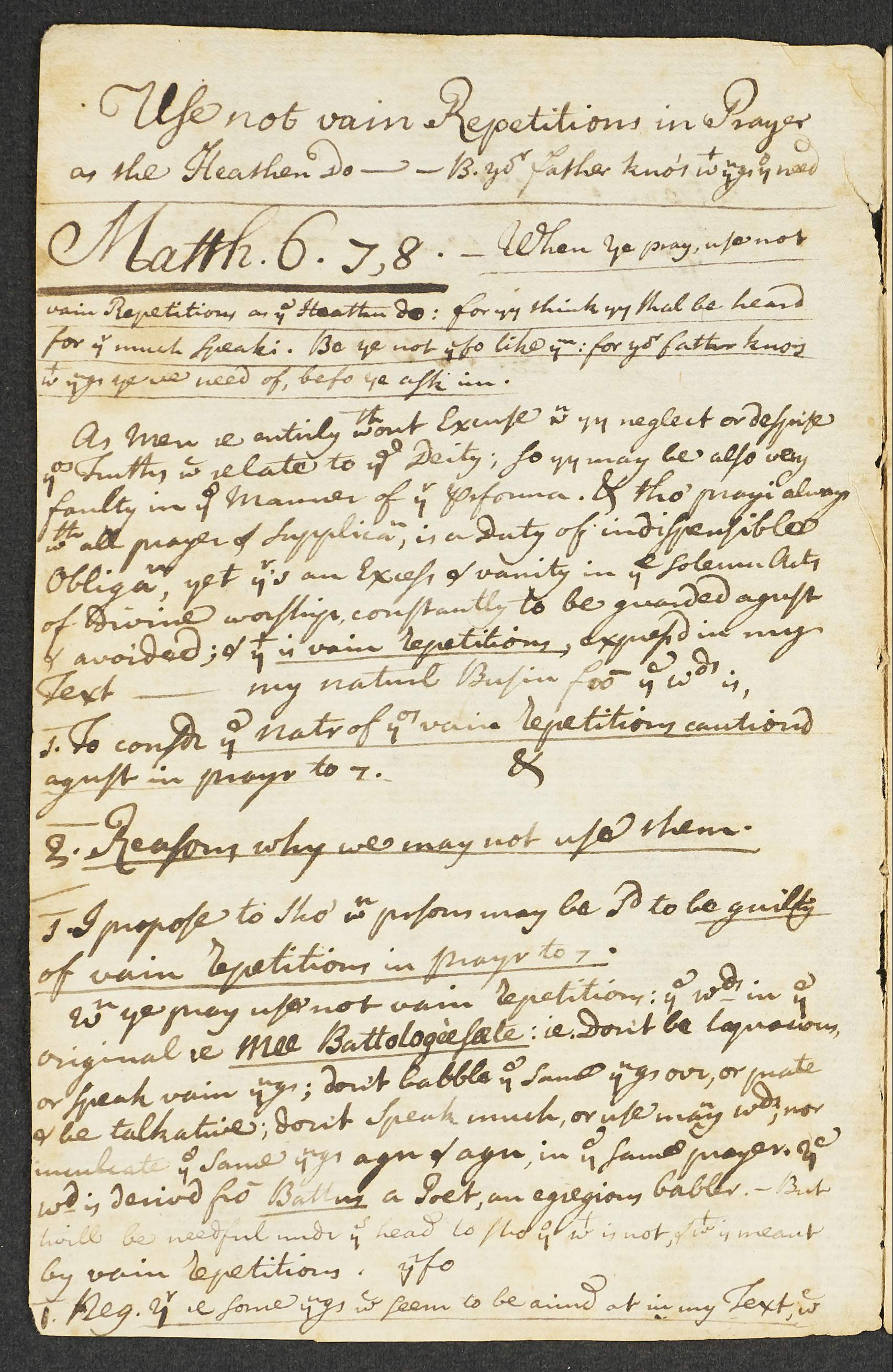