John Rogers, the son of Rev. John Rogers, the fifth president of Harvard College, was born on July 7, 1666. He graduated from Harvard College in 1684 and soon after began to teach at the Ipswich grammar school. He married Martha Whittingham on Mar. 4, 1691, in Ipswich. They had 10 children together. In October of 1692, he was ordained as the junior minister of the First Church in Ipswich, working under his uncle, Rev. William Hubbard. In 1702 Rev. Hubbard fell ill and John Rogers took over Hubbard’s ministerial duties completely. After Rev. Hubbard’s death in 1704, the parish accepted John Rogers as their next minister. He was an acquaintance of John Wise, minister of the Chebacco Parish and early protester against British taxation of the colonies. In 1714 the two families were united by the marriage of John Wise Jr. and Mary Rogers. John Rogers continued to serve as minister of the First Church in Ipswich until his death on December 28, 1745. His funeral was paid for by the parish in honor of his long service to the church. 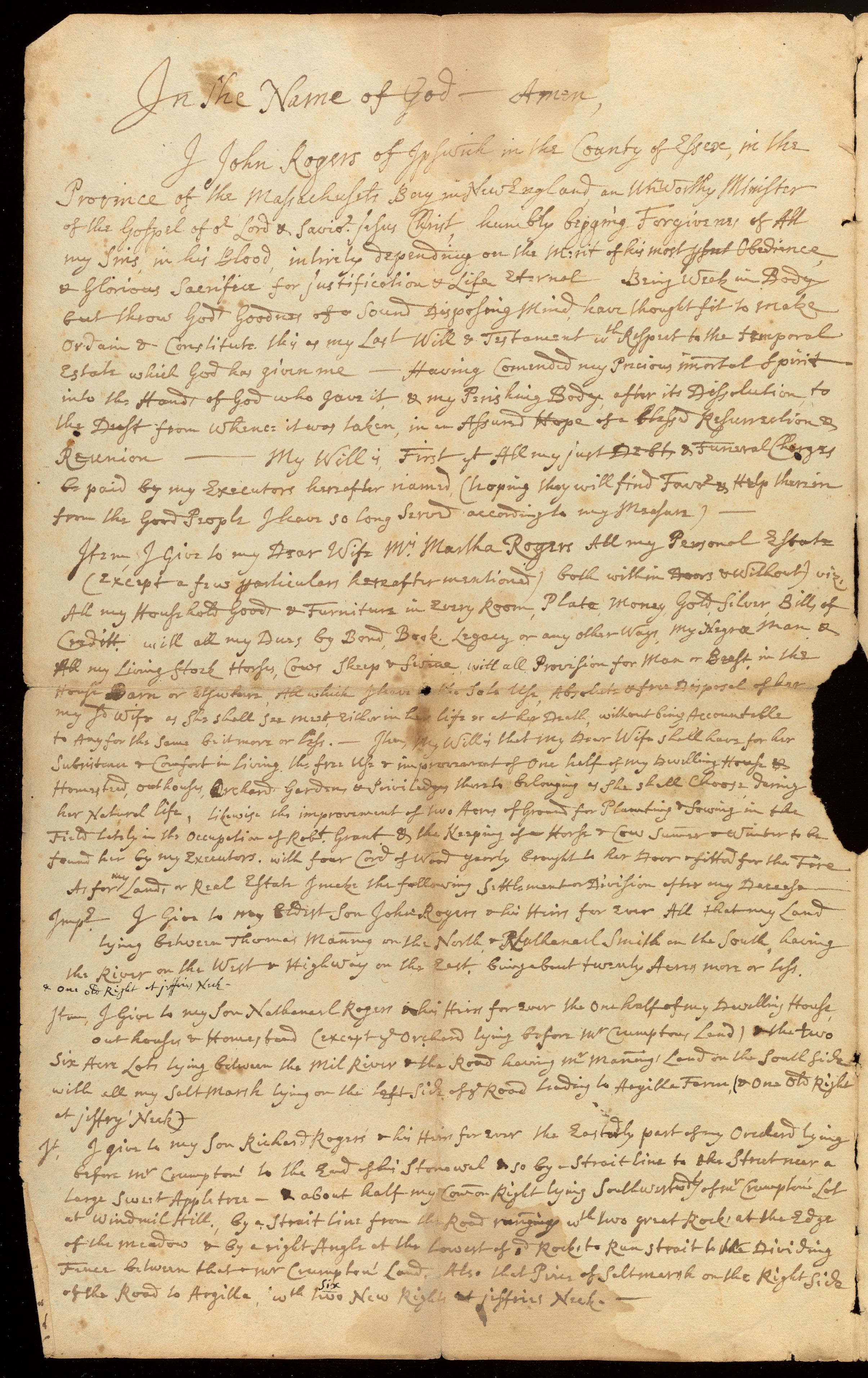