Rev. George Moxon (1602-1687) was born in Yorkshire, England, one of seven sons. He attended Wakefield Grammar School and then Sidney Sussex College, Cambridge, graduating in 1623 with a BA in Theology. He was ordained in 1626 by Bishop Bridgeman, the Bishop of Chester. Rev. Moxon's first position was as Chaplain to Sir William Brereton of Handforth Hall. After running afoul of Archbishop Laud, Rev. Moxon and his family left England for New England, settling first in Dorchester and then moving to William Pynchon's new settlement, Springfield, to serve as the community's first minister. In 1652 Moxon and his family returned to England.

John Pynchon (1625?-1703), the son of Springfield founder William Pynchon, was fourteen or fifteen when he recorded Rev. Moxon's sermons in 1640. Pynchon was born in Springfield, Essex County, England. He and his father came to New England and settled in Dorchester in 1630. He moved west to what would become Springfield, Massachusetts, with his father in 1636.

The digital collection below consists of Pynchon's notes on sermons preached by Rev. Moxon, largely recorded in shorthand. The original documents are held by the Wood Museum of Springfield History in Springfield, Massachusetts.

Find out more about John Pynchon notes on sermons by George Moxon, 1640. View this collection's finding aid at the Congregational Library and Archives 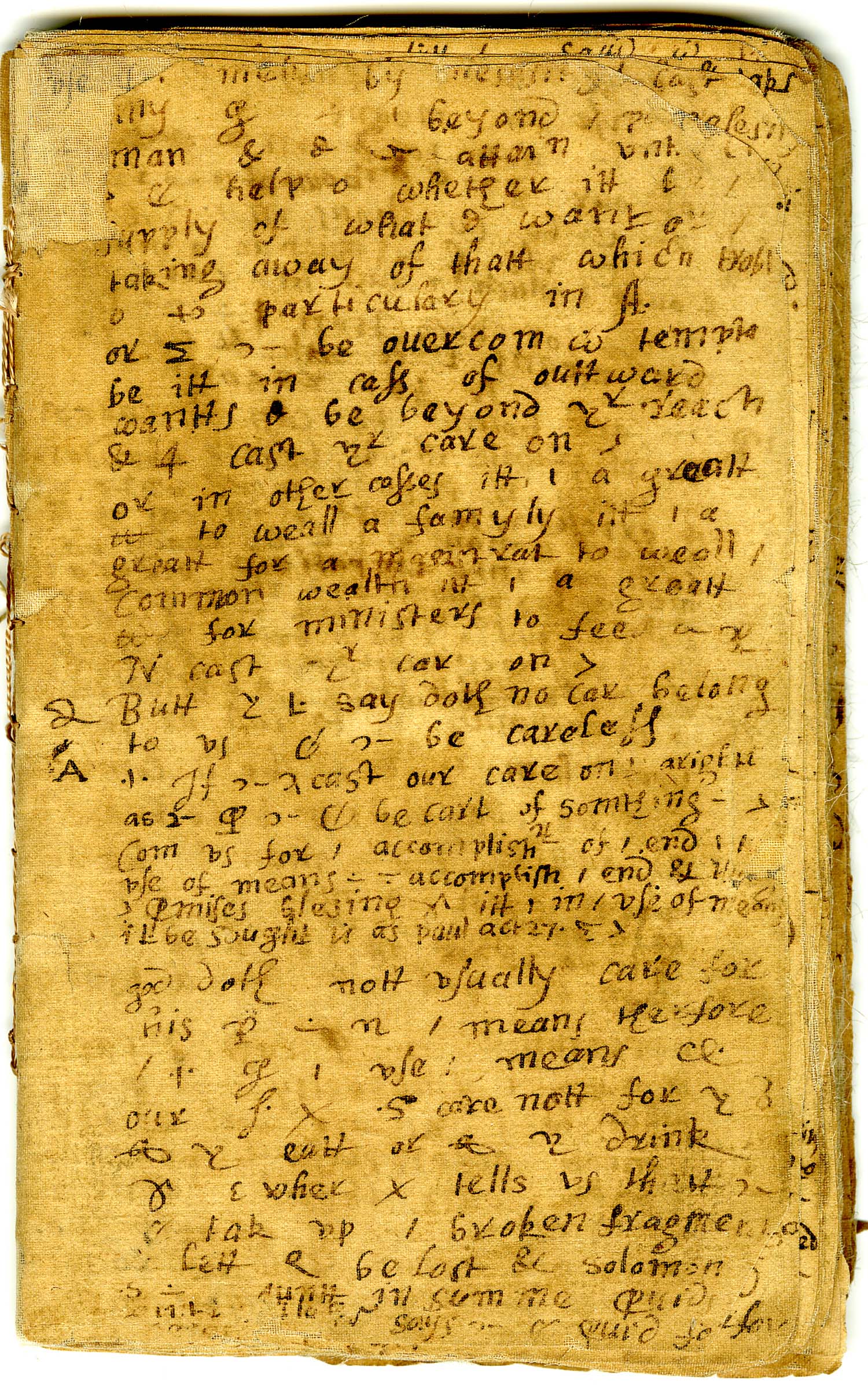