John Davenport was born on April 9, 1597 to a wealthy family in Coventry, Warwickshire, England. He attended Oxford University but left before completing his degree. He served as chaplain of Hilton Castle and later became the curate of St. Lawrence Jewry in London. In 1624 he became vicar or St Stephen’s Church in London and in 1625 he returned to Oxford to complete his degree. After becoming an associate of John Preston, a leading Puritan scholar, Davenport joined the Puritan movement. Frustrated at the establishment, he resigned from the Church of England in 1633 and moved to Holland.

In 1637 he acquired a patent for a colony in Massachusetts and soon thereafter departed for Boston. In 1638 he co-founded the colony of New Haven; his other co-founder was a classmate from Oxford, Theophilus Eaton. In 1667 the Connecticut colony was reorganized and New Haven became an incorporated town within Connecticut. That same year, Davenport was invited to become the minister of the First Church in Boston. He moved to Boston in 1668 and was installed as the minister in December of that year. Davenport served as the minister of the First Church of Boston until March 15, 1670 when he died of apoplexy.

Find out more about John Davenport sermon book, 1649-1652. View this collection's finding aid at the Congregational Library and Archives 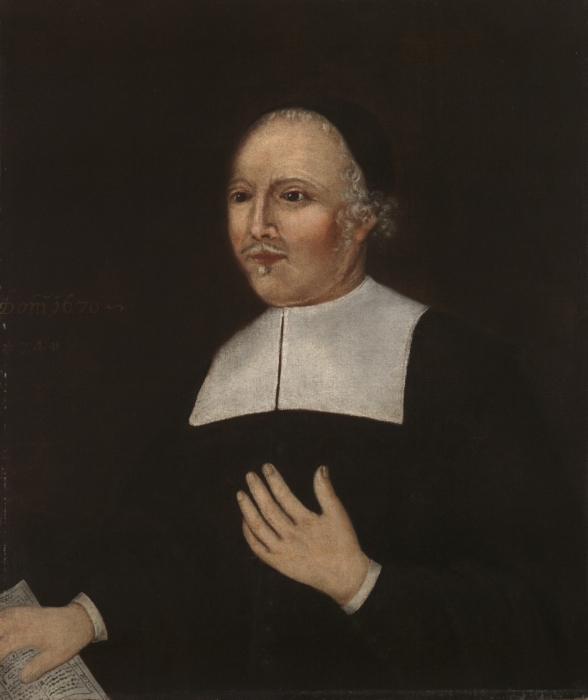