Rev. Gideon Hawley was born at Stratfield (Bridgeport), Connecticut, the son of Gideon and Hannah Bennett Hawley. His mother, a daughter of Lieutenant James Bennett of Stratfield, Connecticut died at Hawley's birth. Hawley's father died when Hawley junior was three years old. Hawley was a descendent of Joseph Hawley, who immigrated to America in 1629.

Hawley graduated from Yale College in 1749 and was licensed to preach by the Fairfield East Association May 1750. He accepted a position in Stockbridge in 1752, under the pay of the Society for Propagating the Gospel among the Indians and under the supervision of Jonathan Edwards. Jonathan Edwards was a preacher to the whites and the Housatonic Indians in the Stockbridge; he occasionally visited Hawley's school to the Iroquois and gave Hawley advice about his work with the Native Americans there.

Due to "opposing cliques among the controlling authorities" at Stockbridge, Hawley accepted a position from the Society to establish a mission among the Six Nations on the Susquehanna; he was ordained in Old South Church, Boston, July 31, 1754 for this position and left for the site, near the contemporary town of Windsor, New York (close to the area where Rev. Elihu Spencer, Yale 1746, made an unsuccessful attempt at ministry five or six years before). Besides acting as a missionary, Rev. Hawley also acted as an interpreter at this post. War did not affect his mission until May 1756, when Hawley was forced to leave. He attempted to return to his former mission, but since it was unsafe, he remained in West Springfield, Massachusetts for the winter. He tried to rejoin his former congregation in the spring of 1757, but the prevalence of small pox prevented him from doing so.

Hawley returned to Boston and accepted a commission as chaplain to Colonel Richard Gridley's regiment. He departed with the army for Crown Point July 12 but was forced to return in October, due to illness. The Society then sent Hawley on a temporary mission to the large plantation (approximately 300) of Native Americans at Mashpee, Massachusetts, who had been without a preacher for fifteen years. The Mashpee requested Hawley's permanent appointment; Hawley took up the permanent post April 8, 1758.

In Mashpee, Hawley married Lucy Fessenden July 14, 1759, second daughter of Rev. Benjamin Fessenden (Harvard 1718) and Rebecca (Smith) Fessenden of Sandwich. Hawley and Fessenden had three sons and two daughters. The eldest son died in infancy, and other children all lived to maturity. The youngest son graduated at Harvard in 1792 and died in 1800, early on in his pastoral life. Lucy Fessenden died in December 25, 1777 at the age of 50 and Hawley remarried Mrs. Elizabeth Burchard October 7, 1778, widow of Captain David Burchard of Nantucket and previous widow of a Mr. Hussey. Mrs. Elizabeth Burchard was born in Mendon, Massachusetts October 12, 1726 and died August 7, 1797. Hawley died in Mashpee in 1807.

The digital collections below consist of four consecutive volumes spanning 1753-1806. They include various types of material, largely correspondence, but also journal entries, accounts, lists of births and deaths, a table of Indian statistics, and a map (1753) by Hawley of Onohoguage villages in New York. The documents serve as a record of life in Oneida country, Mohawk country, the Six Nations, the territory of the Mashpee, and of the activities of the Society for the Propagation of the Gospel among the Indians, the Massachusetts General Court, and the events of the French and Indian War. Persons named include James Abercromby, Jonathan Edwards, John Hancock, and William Johnson. Of particular note are records containing mention of Hawley’s long-time translator, Rebecca Kellogg Ashley.

Find out more about Gideon Hawley missionary journals, 1753-1806. View this collection's finding aid at the Congregational Library and Archives 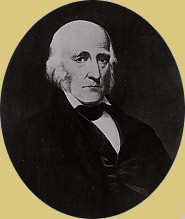