The town of Newbury, Massachusetts, by the eighteenth century, had three major population centers. The first, in Oldtown, was settled along the Wessacuçon River (also transcribed as Quascacunquen and now known as the Parker River) in 1635. Later, a second population center began to form in the western half of Newbury (now West Newbury) which resulted in the formation of the Second Parish in 1694. Another population center formed along the southern bank of the Merrimac River in Newtown, also known as the Port. Unlike agrarian Oldtown, Newtown was largely a commercial center focused on shipping and trading. This economic difference ultimately resulted in the formation of the Third Parish in 1722. The Third Parish Society was formed in 1725 and the Third Church was formally gathered on January 2, 1726. Construction on the first meeting house was completed in 1725.

After preaching at the new meeting house as an interim minister, John Lowell was formally invited to become the first pastor of the Third Church in Newbury. He was ordained on January 19, 1726. In 1737 the meeting house was enlarged to accommodate the Port’s growing population. In 1740, Rev. Lowell invited George Whitefield to preach a sermon at the meeting house; after the sermon over 140 new communicants were added to the parish registry. Some of those new communicants left in 1743 when 38 men left the Third Church, unhappy with Rev. Lowell’s more liberal teachings, to more closely follow George Whitefield’s teachings and gather their own church; they formed the First Presbyterian Church (now known as the Old South Presbyterian Church) in 1746. In 1764 the Third Parish of Newbury was officially incorporated as the separate town of Newburyport. At that time the name of the church changed to First Church. Rev. Lowell continued to preach at Newburyport until his death in 1767.

In 1794 the parish and church voted to incorporate as the First Religious Society in Newburyport. In 1798 the church began the process of selling the first meeting house and finding land for the construction of new meeting house. A location on Pleasant Street was chosen and the second meeting house was dedicated on October 2, 1801. A community Sunday school was formed in 1817; in 1824 the First Religious Society established its own Sunday school after some parishioners felt dissatisfied with the community school.

By 1825 the church was considered to be affiliated with the Unitarian denomination. The Reverends Thomas Fox (pastor 1831-1846) and Thomas Wentworth Higgins (pastor 1847-1849) continued to push for church reforms. Both pastorates were notable for doctrinal and political differences which caused tumult within the parish community. Rev. Higgins resigned after two years due to the parish’s hostility towards his strongly held abolitionist views. During the 1880s the second meeting house was repaired and restored. 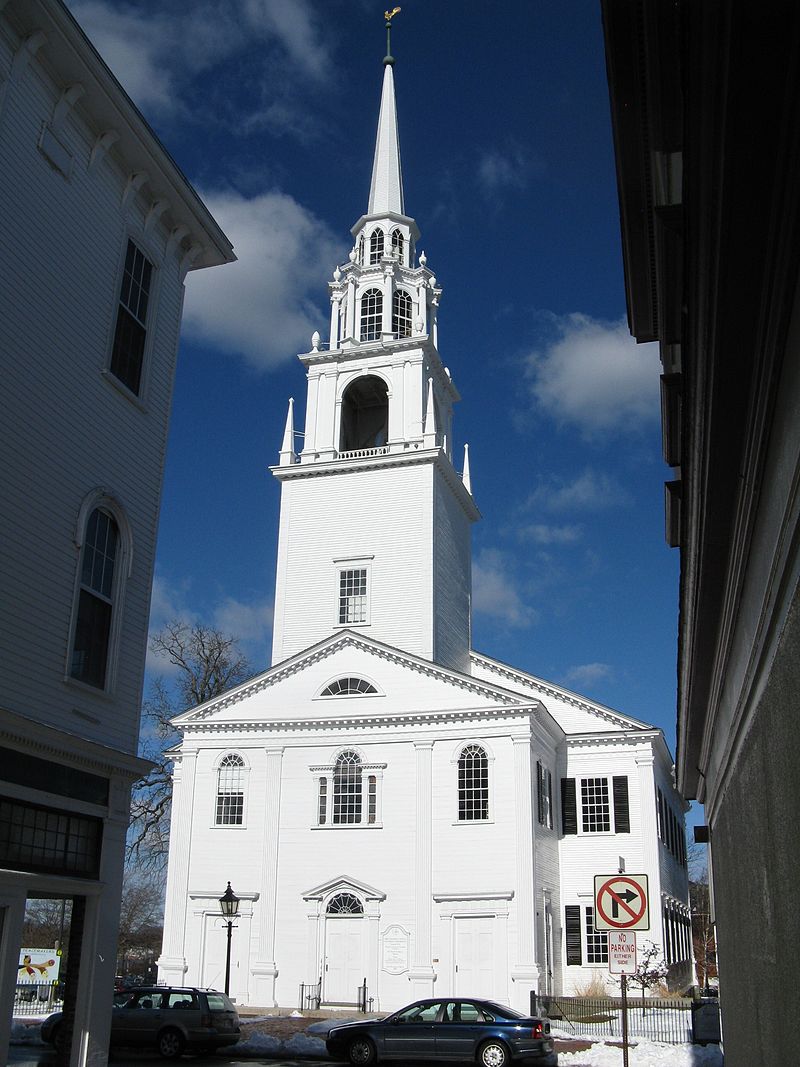