In 1698, a "Church of Christ" was established in an area of Watertown known as the Farmers' Precinct. Construction of a meetinghouse was completed by 1700, and the first minister, Rev. Joseph Mors, was ordained in 1709. In 1713 the surrounding area was officially incorporated as the town of Weston. The church's first four ministers were considered progressive, and by the 1830s the theology of the church was beginning to shift towards Unitarianism. This transition seems to have occurred peacefully at Weston, without the schisms that plagued many Congregational churches of the era and resulted in the formation of opposing Evangelical Congregational churches. The adoption of Unitarianism was made official in the 1867 church covenant, which also renamed the church to the First Congregational (Unitarian) Church in Weston. The name was changed again in 1991 to The First Parish Church in Weston. The First Parish Church remains active today and is a member of the Unitarian Universalist Association.

The materials in our Weston collection include the earliest record books of the First Parish Church, which contain meeting minutes, administrative details, and vital records of the congregation. Other eighteenth-century records include volumes of baptisms, marriages, and necrologies. Also included is a manuscript volume written by Edmund Hamilton Sears while attending Harvard Divinity School, which includes an autobiographical sketch, personal musings, a family genealogy, and poetry (1836-1837), and a ministerial diary (1852) kept by Rev. Joseph Field. 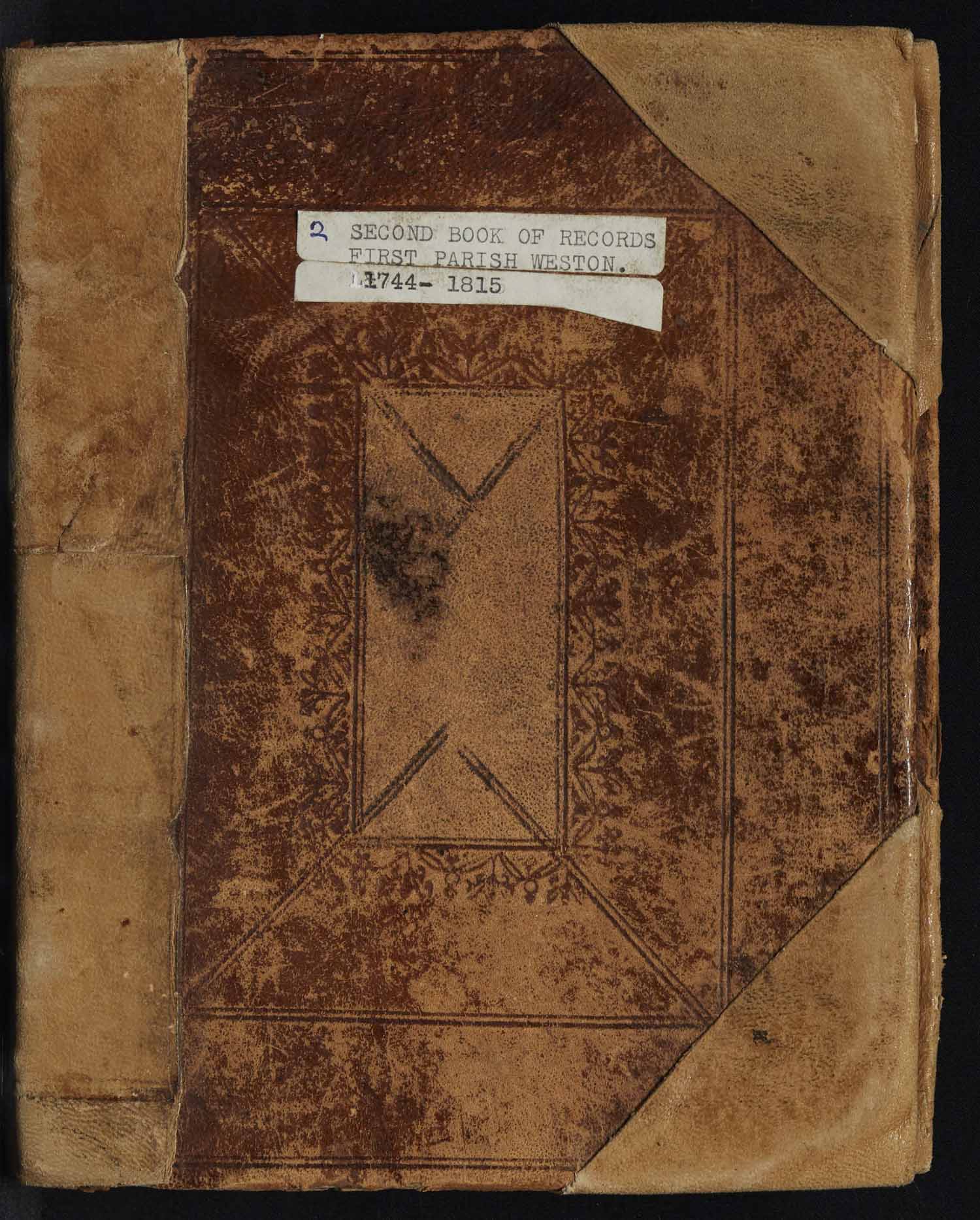