The township of Brunswick was incorporated on May 3, 1717. The Massachusetts General Court voted to allocate funds for the dispatching of missionaries to the Native Americans still settled in Brunswick, an act which established the First Parish Church in Brunswick. The first missionary to visit was Rev. Joseph Baxter. He was followed by Rev. James Woodslide, a Brunswick local, who was deemed not puritanical enough to continue preaching. The first permanently settled minister of the First Parish Church was Rev. Robert Dunlap, a Presbyterian, who served as the pastor of the church from 1747-1760.

Funding for the first meeting house was first authorized for construction on January 9, 1717, but the building was not completed until 1735. This meeting house, in the western part of the town, was largely Presbyterian. A second meeting house was constructed in the eastern part of the town in 1756 and was largely Congregational. The minister of the First Parish served as pastor of both churches. In 1772, the two church populations agreed to officially follow Congregational polity. In 1790 some parishioners withdrew from the church in order to form a Baptist Society, in part because they did not wish to pay taxes to the town to support the Congregational minister.

The First Parish Church had a close relationship with Bowdoin College during the 19th and 20th century. The college provided some of the funds needed for the construction of the third and fourth meeting houses and Baccalaureate Services and Commencement Exercises were held annually at the church building until 1966.

In 1960, the First Parish Church in Brunswick voted to join the United Church of Christ. The church continues to serve the community today. 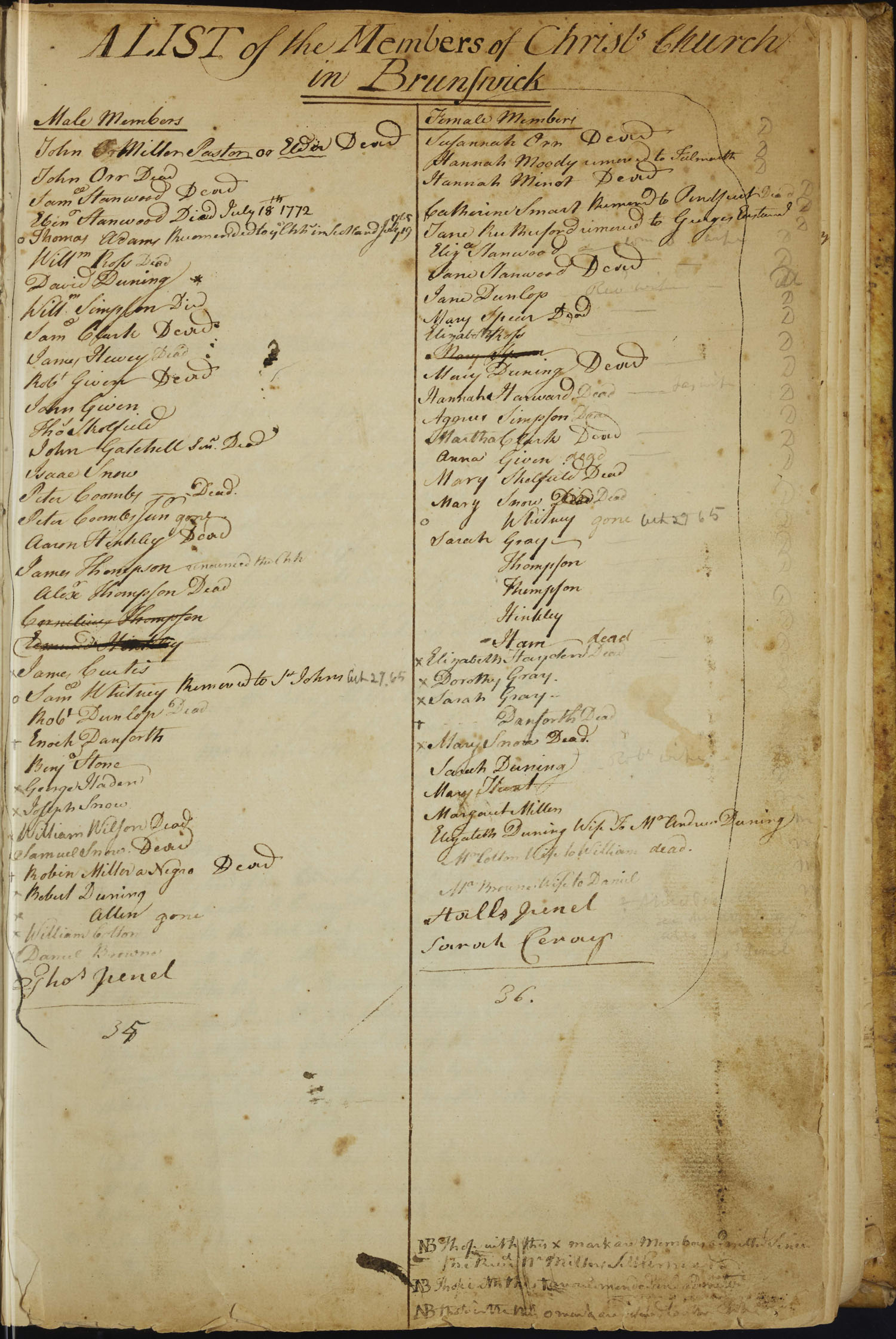