Due to a fire in 1674 no definite records exist that date back to the founding of the First Congregational Church in Yarmouth, Massachusetts. However, the accepted date for the establishment of the First Congregational Church is 1639, shortly after the settlement of the town. The first minister of the church was Marmaduke Matthews, originally of Swansea Wales. The original meeting house was located in what is currently called Ancient Cemetery.

During the pastorate of Daniel Greenleaf, in 1716, the second meeting house was constructed close to the location of the first. 33 members of the First Congregational Church were dismissed in 1727 so that they could form a church in the newly formed east precinct of Yarmouth. The East Second Church of Yarmouth later became the First North Trinitarian Church in Dennis and is now the Dennis Union Church. In 1766, during the pastorate of Joseph Green Jr., the second meeting house was enlarged in order to accommodate the growing congregation. During Timothy Alden’s pastorate, the First Congregational Church started its first Sabbath school. 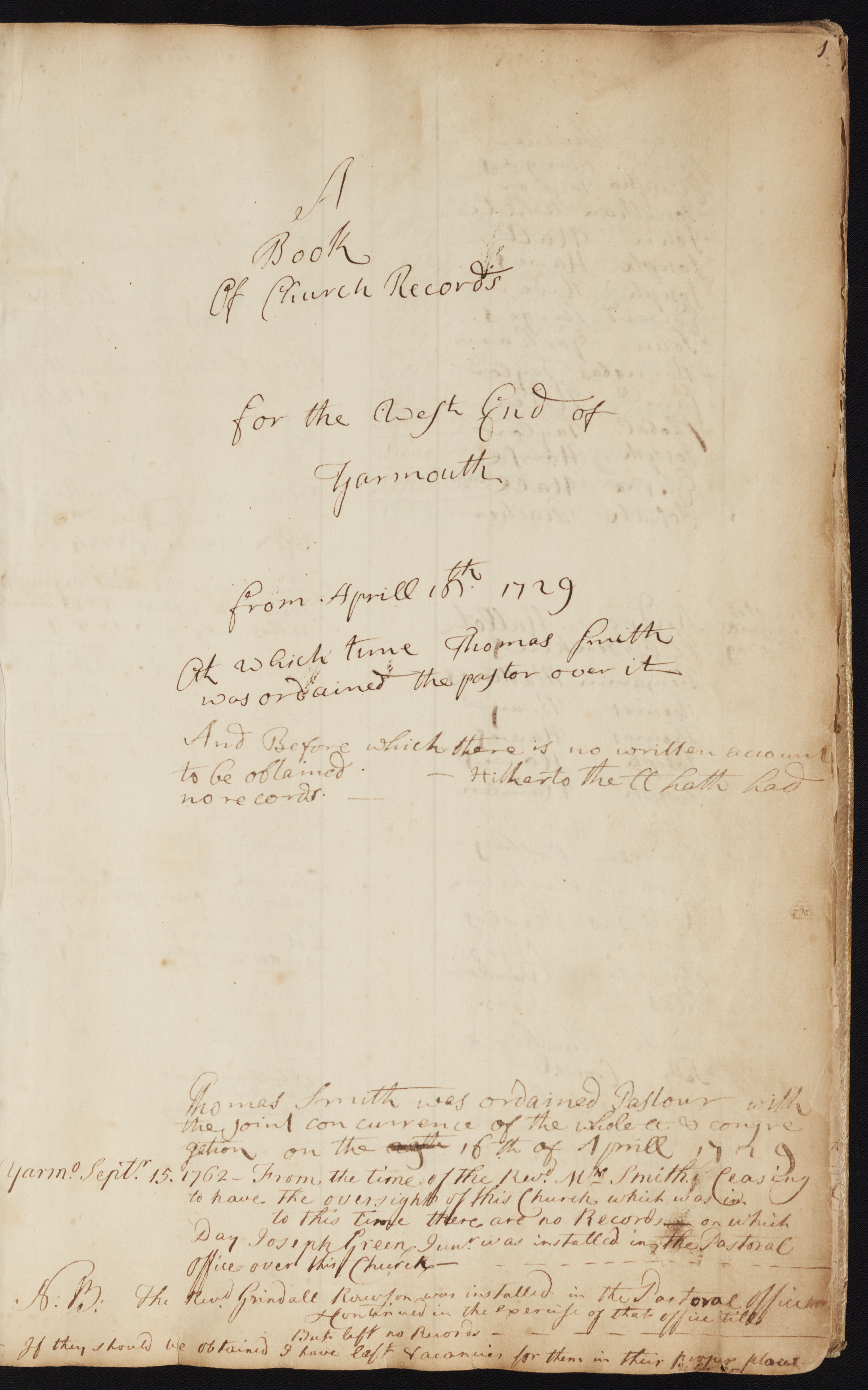