The area now known as Windham, Maine was part of the traditional territory of the Abenaki and Penacook tribes, both of which became members of the Wabanaki Confederacy in the 1680s. In 1734 the Massachusetts General Court granted the land to 60 settlers from Marblehead, Massachusetts, with the initial settlement known as New Marblehead Plantation.

The First Congregational Church of Windham was established at the founding of New Marblehead in 1737, by order of the General Court, but was unable to call a minister until 1743 when Rev. John Wight came to serve the seven church members. Between 1745 and 1751 the settlement was immersed in conflict as a result of King George's War, with residents removing to the town stockade, including Rev. Wight, who continued to minister to the besieged population until he died in 1754. Hostilities had fully ceased by 1756, and New Marblehead Plantation was incorporated on June 12, 1762 as Windham, named for Wymondham in Norfolk, England.

The second pastor was Rev. Peter Thacher Smith, ordained September 22, 1762. Rev. Smith served for 28 years and was dismissed in 1790. During his pastorate the township struggled to finalize the construction of a meeting house, with failed building projects attempted in 1768 and 1783. Though lacking a settled pastor after Rev. Smith's dismissal, the town was finally able to erect a substantial meeting house in 1795.

The church is still active today as the Windham Hill United Church of Christ, Congregational and is a member of the UCC. 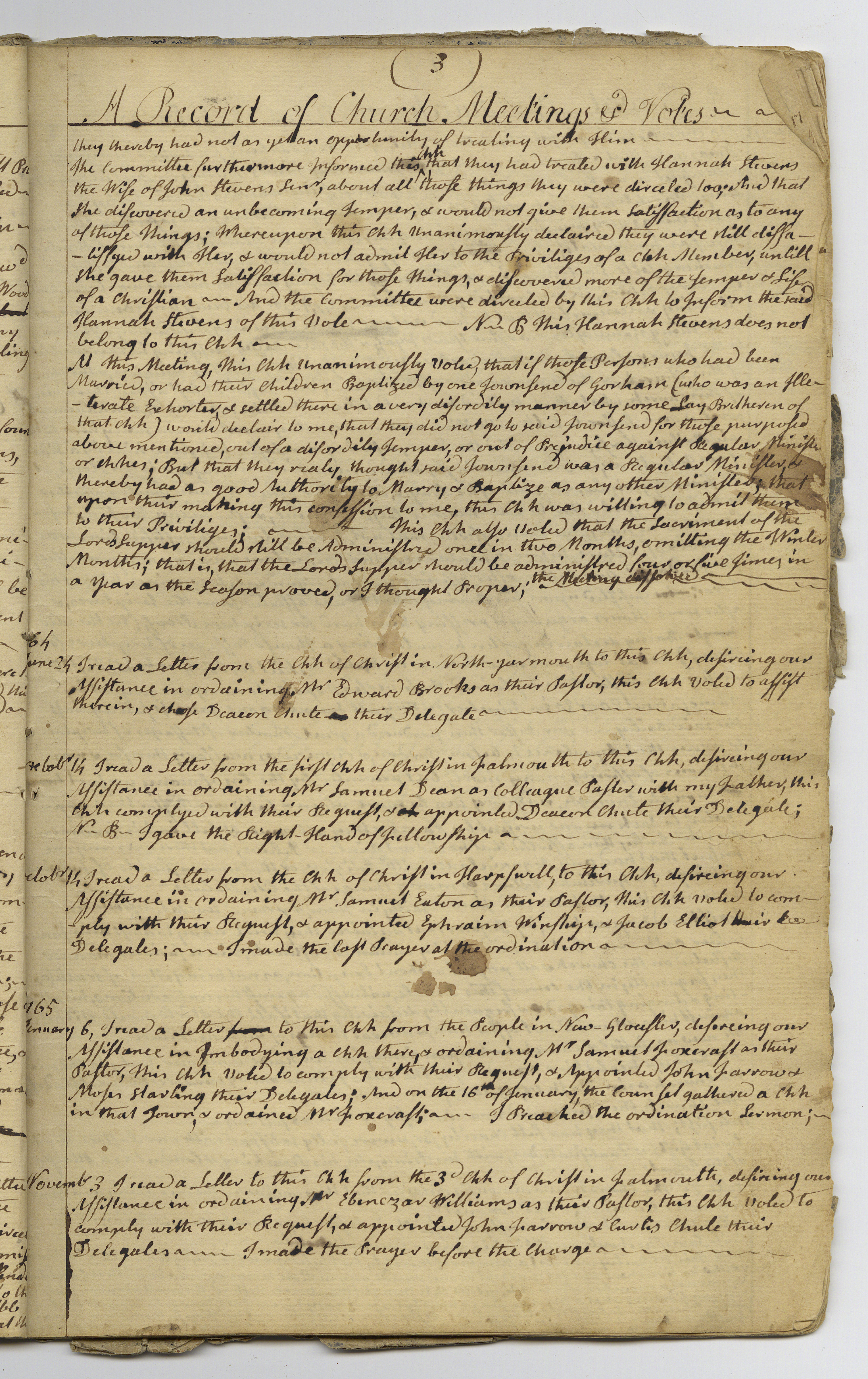