The early history of Brookfield, and the Congregational church within, is difficult to discern, with most of the earliest town records having been lost to fire, and the earliest church records being lost to time. The town of Brookfield was first settled during the 1660s. The first meetinghouse in Brookfield was built atop Foster's Hill, though there were likely long periods where worship at that location was impossible due to ongoing conflicts with Native Americans. In 1715, construction began on the second meeting house and in 1717 the First Church was officially gathered. The third meetinghouse was constructed in 1755 about a half mile northwest of Foster's Hill, and in 1794 the fourth meetinghouse was constructed on the same spot as the third.

Lucy Stone, the prominent suffragist and abolitionist, was a baptized member of the Brookfield church from early childhood. She was eventually excommunicated, nominally for engaging "in a course of life evidently inconsistent with her covenant," but likely also for her vocal support of abolition and women's issues.

The digital materials below include two consecutive bound volumes of church records, dating to 1756-1818 and 1819-1867 respectively, as well as a bound volume of parish records. 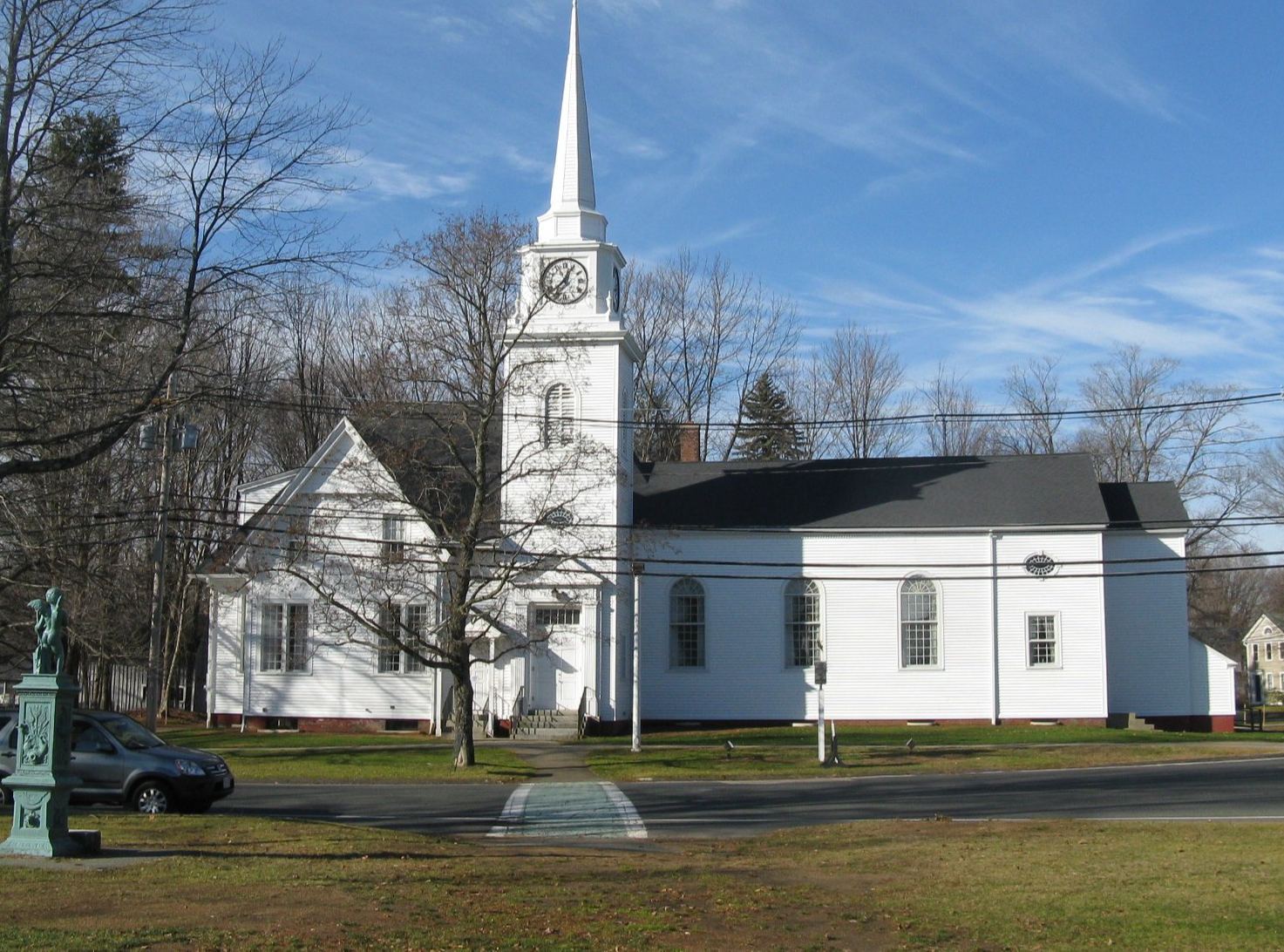