The First Congregational Church in Natick was established by a group of English settlers and missionaries led by Rev. John Eliot in 1651, in what is now old South Natick. The settlers cultivated strong relationships with local Indigenous peoples, mainly comprising members of the Massachusett tribe, while attempting to convert them to Christianity. To this end, Rev. Eliot studied the Algonquin language with the help of the Montaukett interpreter Cockenoe, eventually publishing a translation of the Bible in phonetic Algonquin.

Those who converted were known as "Praying Indians" and became foundational members of the First Church in Natick, which was typified by its racially diverse congregation during the 17th and 18th centuries. There was a sizeable minority of congregants who were identified as "Negro" in the earliest church registers, as well as increasing numbers of white members. The Native presence persisted despite major fluctuations in their numbers, including those resulting from deadly forced removals to Deer Island in 1675, during King Philip's War.

In 1721 the old meetinghouse was rebuilt and local missionary Rev. Oliver Peabody was appointed as minister. During his tenure (1721-1752), he created the first extant records for both the church and town. Construction on a third meetinghouse in the same location began in 1754.

By 1749 however, white congregants were lobbying to move the church from South Natick to the increasingly segregated Natick Center. These "Center Members" were at odds with the largely Indigenous South Natick members who wished to retain the old location. Despite the unifying efforts of Rev. Peabody's successor, Rev. Stephen Badger, a fourth meetinghouse was eventually built in Natick Center in 1767. In 1798 the congregation officially split, largely (although not completely) along racial lines, with both groups retaining the moniker of "First Church". Rev. Badger was subsequently dismissed for his refusal to preach at the Center church, continuing to reside in South Natick until his death in 1803.

After the congregational schism, the South Natick division of Natick First fell into disrepair, but was revived in 1828 with the incorporation of the South Parish Congregational Church and the construction of a new meeting house. The South Parish, which became Unitarian in 1870, is now called the Eliot Church and hosts a revived Praying Indian community of worship. The "Center" church continued through several physical iterations until the present day while retaining the designation of the First Church in Natick. Notable among these was the sixth meetinghouse, a costly edifice erected on the same site in 1854, which included a bell and fine organ, and played host to several prominent luminaries of the Civil War era. This structure however burned down only two decades after its construction, in the great Natick fire of 1874. A gothic-style church was erected adjacent to the former site in 1877 and is still in use. Natick First joined the United Church of Christ shortly after the latter organization's foundation in 1957. 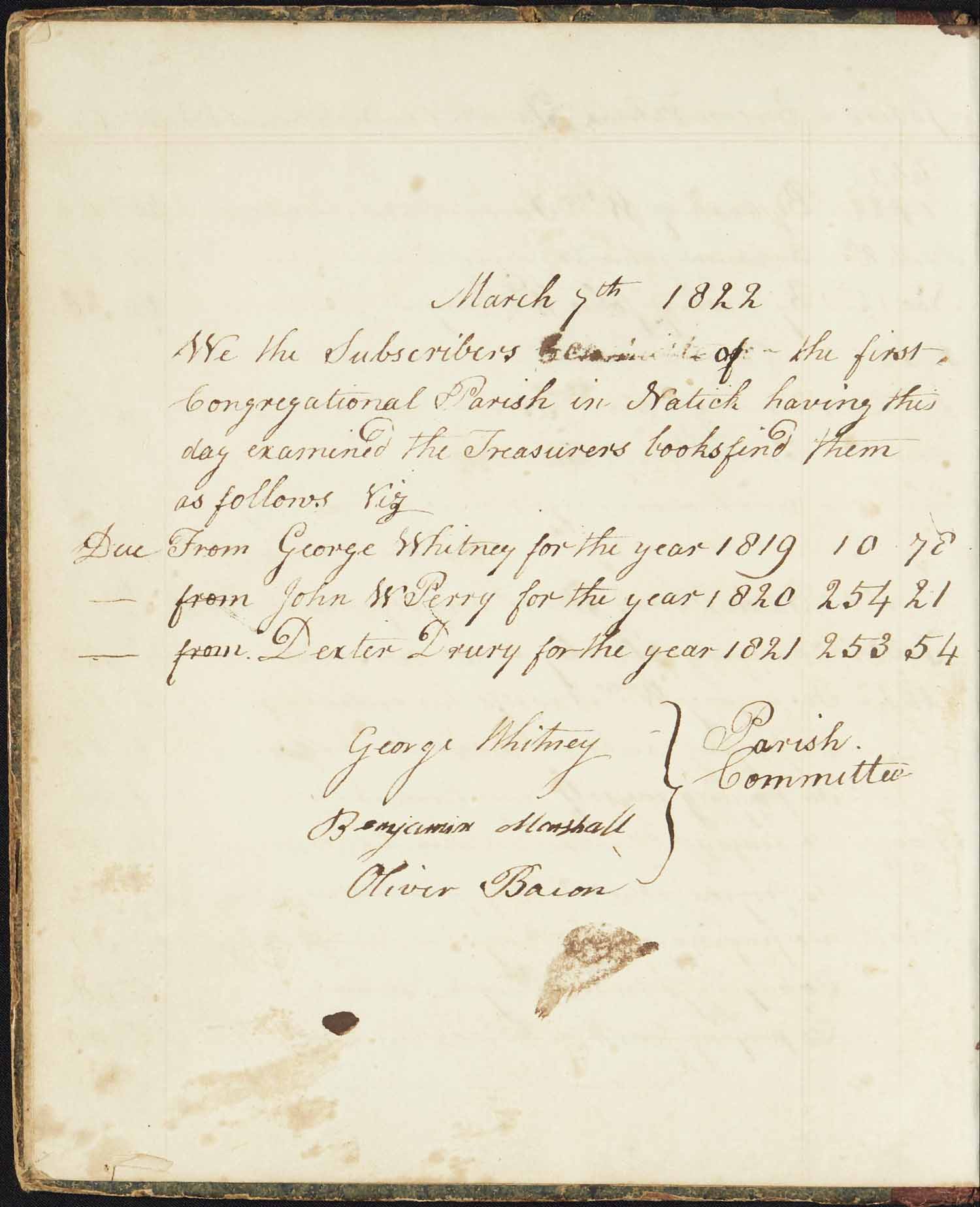