The First Congregational Church in Manchester, Vermont was first organized in 1784 with seven founding members. Rev. Job Swift was ordained the first minister, and in 1779 the first meeting house was constructed. Rev. Lemual Haynes, the first African-American to be ordained in the United States, was the temporary seventh minister of the church from 1818-1822 before removing to the Congregational Church in South Granville, New York. The first meeting house was razed in 1829 and the second constructed by the end of that year. A parsonage was built in 1862. The third, and last, meeting house was constructed 1871. In 1925 the church interior was renovated and in 1929 an organ was installed along with choir pews. In 1960 a new three-manual organ was installed. The building is currently listed on the National Register of Historic Places. The First Congregational Church of Manchester continues to serve the community today, and is a member of the United Church of Christ.

The digital collections below contain early administrative records of the church, comprising two bound volumes which are chronologically consecutive. These record books include meeting minutes, vital records, and documents relating to church governance. The physical volumes are held by the First Congregational Church of Manchester.

Find out more about Manchester, Vermont. First Church records, 1804-1867. View this collection's finding aid at the Congregational Library and Archives 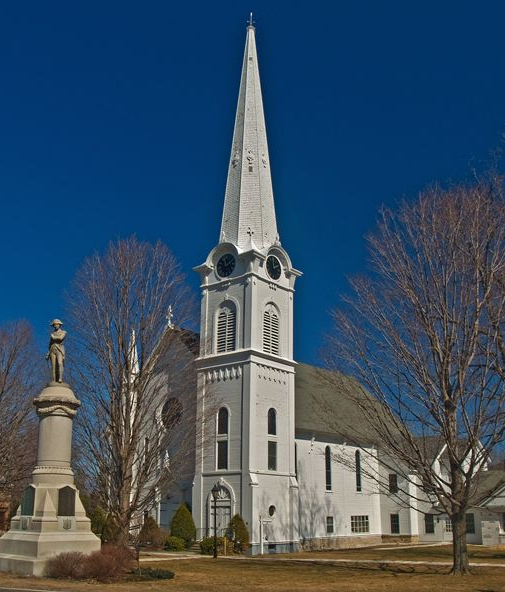