The church’s Sunday school was founded in June of 1810. In 1843 the name of the church was changed to the Orthodox Congregational Church. In 1844 the church proprietors bought out the town and therefore fully controlled the meeting house thereafter. In 1857, an ecclesiastical dispute resulted in about two-thirds of the parish separating from the church and forming a new church with Rev. F. V. Fenny as the minister. The two churches were reunited in 1869. In 1902 the church was officially incorporated under Massachusetts law and a new covenant and revised by-laws were adopted, and in 1979 the church adopted the name First Parish Church Congregational. A member of the United Church of Christ, the First Parish Church Congregational continues to serve the community of Manchester-by-the-Sea today.

This collection contains the earliest extant record books of the First Congregational Church in Manchester, including the financial records of the church and meeting house, and vital member records including baptismal records, marriage records, necrologies, lists of active members, and disciplinary records. 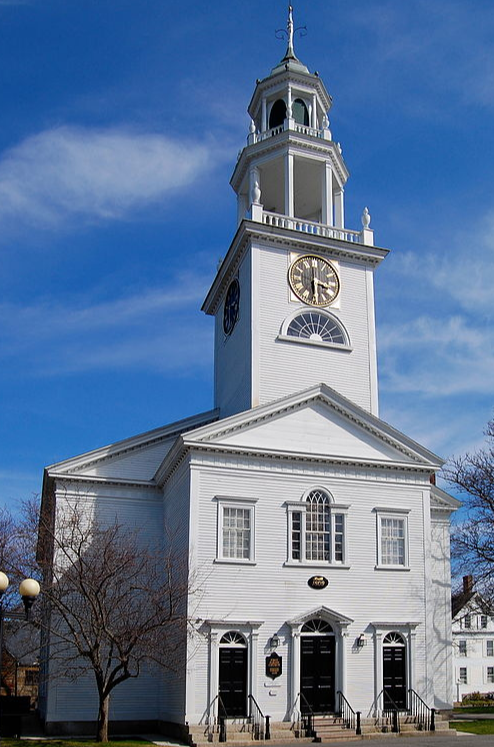