The area that now comprises the towns of Hopkinton and Ashland was once known as Magwonkkommok (or Magunco), and consisted of 51 families of “praying Indians” who had been converted to Christianity by the Puritan missionary Rev. John Eliot. Harvard College subsequently purchased the land from the Native residents in 1715, renaming it Hopkinton after Edward Hopkins, a major benefactor of the college. The First Congregational Church, initially composed of 15 members, was organized in September of 1724. Rev. Samuel Barrett, a graduate of Harvard, was ordained as the first minister. In 1731 the church voted to observe the Cambridge Platform of Church Discipline, adopting a congregational form of governance.

Rev. Barrett remained as pastor until his death in 1772, at which time his colleague Rev. Elijah Fitch took over the ministry until his own death in 1788. In 1791 the Rev. Nathaniel Howe was ordained, although as a condition of his ordination he specified that he would not personally admit members to the church under the Half-Way covenant. He preached a famous “Century Sermon” in 1815 to commemorate the centenary of the town, which was subsequently published worldwide.

The parish was officially incorporated in 1827, the town having managed the church before that time. The parish committee quickly voted to build a new meeting house, and the first building was sold and moved off-site. The second meeting house was finished and dedicated in January of 1830, measuring 50x62 feet, with a seating capacity of 600 in the main auditorium. It also included a steeple and bell. An organ was installed at a cost of $600 in 1847.

In 1882, a fire swept through Hopkinton, destroying the second meeting house, along with the town hall, post office, a hotel, and a shoe factory. Funds were quickly raised for the construction of a new and third meeting house, costing a total of $31,000, which was dedicated in May of the following year. This building was also the victim of a cataclysmic event, when the hurricane of September 21, 1938 toppled the steeple and effectively destroyed the entire church. A replacement meeting house was built in 1939. A fifth iteration of the meeting house was constructed in 1997 to accommodate expanding membership. The church continues to serve the community today as Faith Community Church.

This collection includes the earliest records of the church, consisting of meeting minutes, financial reports, and listings of marriages, baptisms, deaths, and dismissions, and relations of faith by members seeking admission to the church. There is also a legal contract for the construction of a new meeting house in 1829. 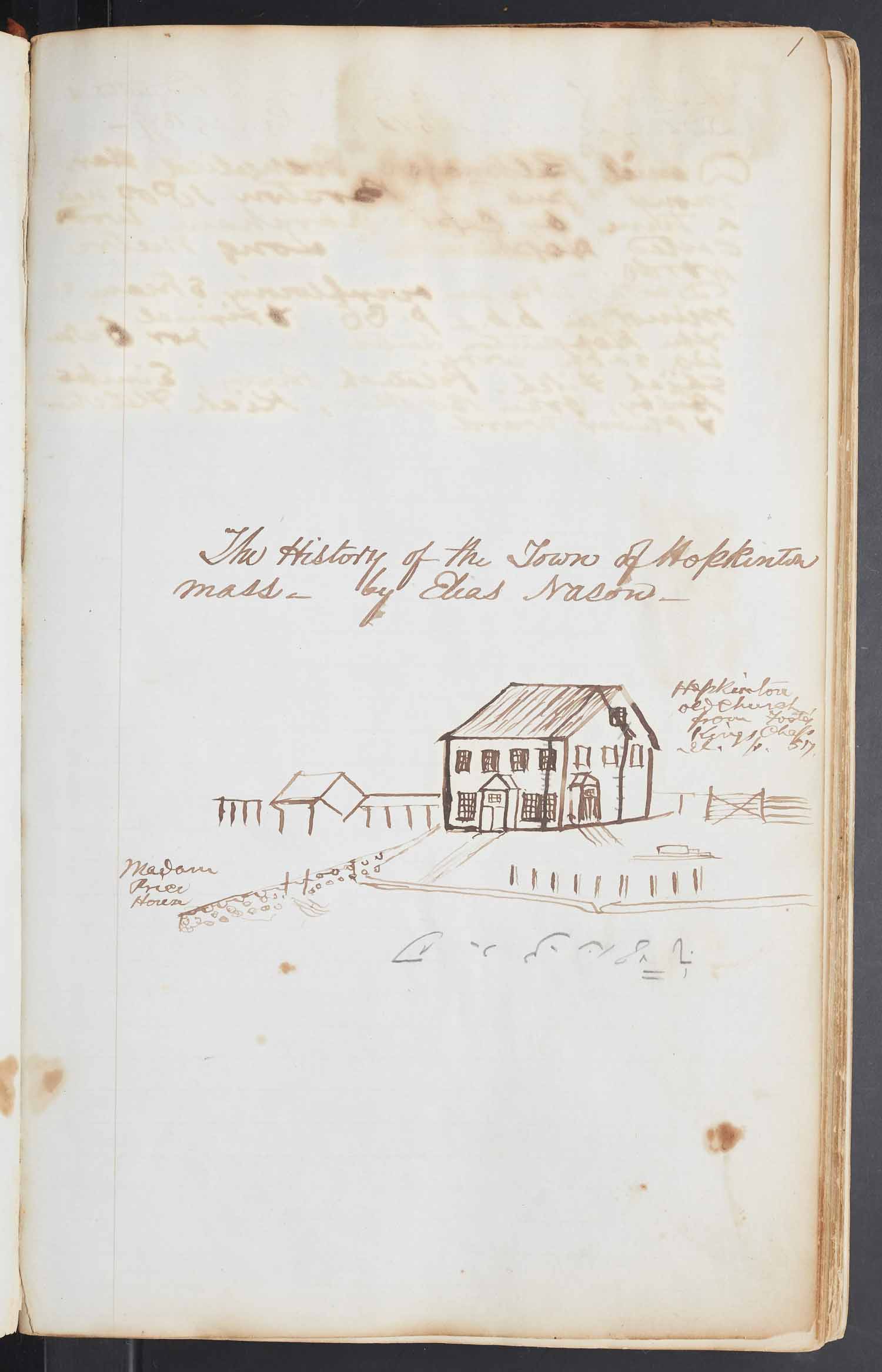