The land eventually called Haverhill was first settled by Puritans in 1640. In 1641 Rev. John Ward, from Haverhill England, came to the young settlement and became the first minister; the town was incorporated in1641 and named Haverhill after Ward’s birthplace. The town lands were formally purchased from the Pentuckets in 1642. Rev. Ward was officially installed as the pastor of the First Parish in 1645 and the first meeting house was constructed in 1648. Rev. Ward served as the minister until his death in 1693. He was followed by Rev. Benjamin Rolfe and was installed in 1694. Construction on the second meeting house began in 1697 and was completed in 1699.

The town of Haverhill was separated into multiple parishes during the early eighteenth-century. In 1728 the town was divided into two parishes with the formation of the North Parish. The North Parish was transferred to Plaistow, New Hampshire in 1741 and the Rockingham Congregational Church was formed. In 1734 the town was divided yet again with the formation of the West Parish and the East Parish was formed in 1743. In 1748 a bell, imported from London, was installed in the First Parish church. The third meeting house was constructed 1766.

The digital volumes below are largely financial and transactional in nature and include the account book of minister Rev. Barnard (dating to 1748-1750) and that of Deacon White (dating to 1732-1738), as well as a list of Rev. Barnard's in-kind payments and donations which largely consist of food items. There are also a number of disciplinary case records and personal relations of faith by those seeking to be admitted as church members, both enumerated below. These items are only part of a much larger physical collection documenting the history of the First Congregational Church of Haverhill. 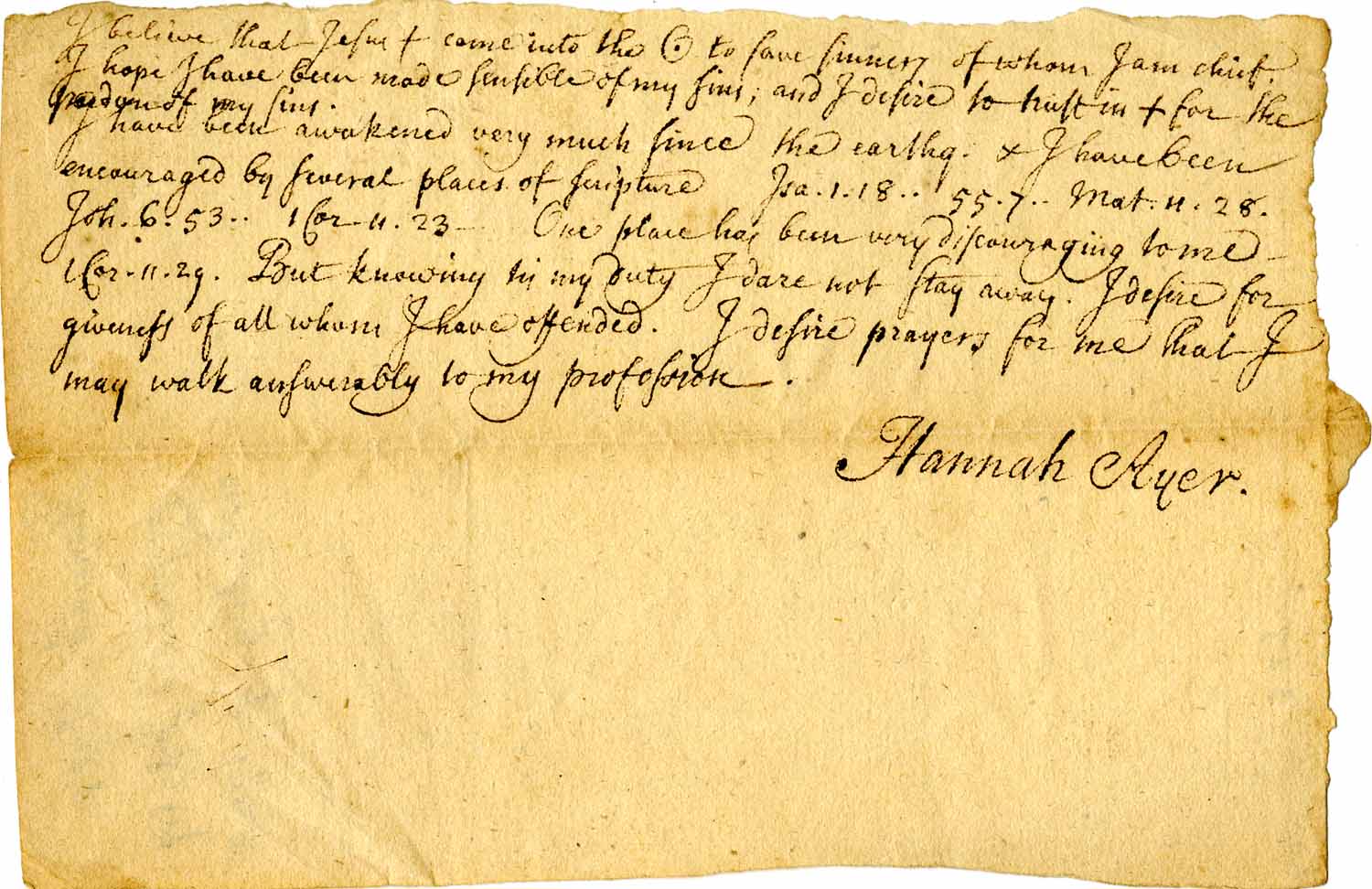