The First Congregational Church in Georgetown was originally established in 1731 as the Rowley West Parish, also known as the Second Parish. Prior to the church’s founding, parishioners had to travel a significant distance to worship in Rowley or neighboring Byfield. By 1768 the parish had outgrown its original meeting house and a new building was built. This meeting house, later known as Old South Church, was constructed on the corners of East Main and Elm Streets in 1769.

When the town of Georgetown was incorporated in 1838, the Rowley West Parish was renamed to the First Congregational Church of Georgetown. The third and final meeting house was constructed in 1874 along Andover Street. In 1908, the church merged with the Orthodox Memorial Church. In 1961, the church voted to become a member of the United Church of Christ. The First Congregational Church in Georgetown continues to serve the community today. 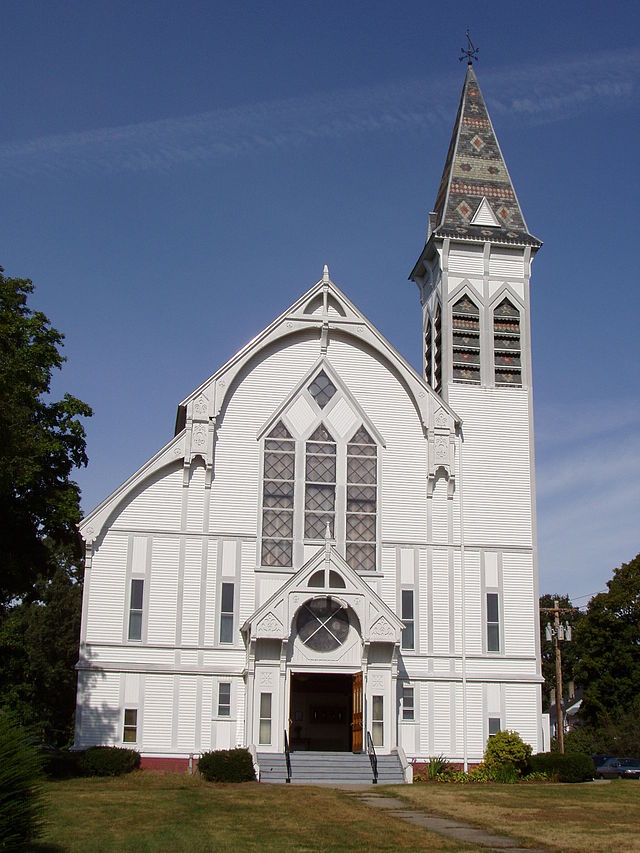