The church now known as the First Church in Essex, Mass. was originally a church within the parish of Ipswich called Chebacco, and was known as the Second Church in Ipswich or simply the "Chebacco Church". From 1679, residents had been granted permission to employ a minister and worship in a private house. The First Parish of Ipswich would, however, not allow them to build a church. A group of local women nonetheless solicited donations for that purpose from neighboring towns and were ultimately prosecuted, but released after confessing wrongdoing before the County Court at Salem.

After occasional preaching by Rev. Jeremiah Shepard, Rev. John Wise of Roxbury, who had graduated at Harvard in 1673, was officially ordained first pastor of the church in 1683. He was temporarily deposed from the ministry and imprisoned for exhorting the town not to pay a provincial tax, but was later restored. In 1680 he served as chaplain with the British army in Canada. Upon Rev. Wise's death in 1725, Rev. Theophilus Pickering became minister. He was followed by Rev. Nehemiah Porter in 1750, who served until his dismissal in 1766.

Beginning in approximately 1745 there was dissention between orthodox and revivalist elements in Chebacco Church and Parish. This caused a rift leading to the temporary formation of a Separatist Fourth Church in Ipswich by the Whitfield-inspired revivalists known as "New Lights," which was pastored by Separatist leader Rev. John Cleaveland. In 1752, the Separatists gained official release from Chebacco Parish and were officially granted a new precinct: the Sixth Parish in Ipswich. In 1766 proceedings began for reuniting the Second and Fourth Churches. In 1774 both churches voted to unite as the Second Church in Ipswich, under the leadership of Rev. Cleaveland. In 1819 Chebacco Parish was incorporated as the town of Essex and the Second Church in Ipswich was renamed the First Congregational Church in Essex. 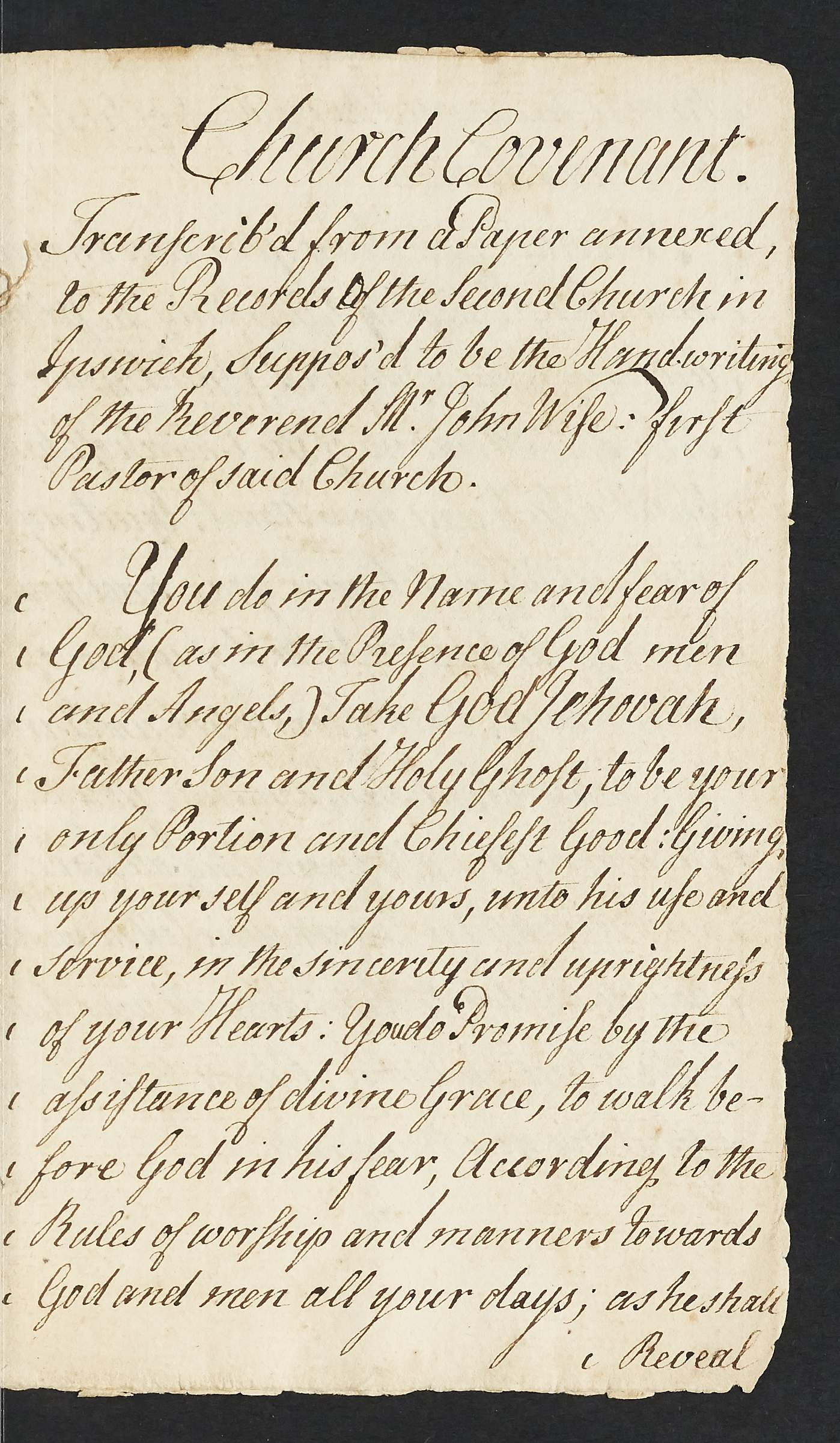