The First Congregational Church of Abington, MA was established in 1711 and in addition to the 1st Church there were three additional churches founded in the same town: 2nd church of south Abington, now Whitman, 3rd church of east Abington, now Rockland, and 4th church at North Abington. The First Church in Abington also housed a Sunday school that was established in 1818 and is thought to be one of the oldest Sunday schools in the country. The motto of the church is “None too old to study the word of God!”

The First church was located in front of an old burial ground described as a “small meeting house” that was “without steeple, bells, or pews, only benches being used for seats.” It was demolished in 1751 so that a larger building could be built near the same location. The third building was erected in 1819 and was known as “Masonic Hall” which was later enlarged and remodeled in 1871. Along with its repairs and remodeling it was outfitted with a new organ, gifted by W.S. O’Brian and family in 1911. Part of the repairs that were done were to the church’s steeple, which had been blown off in the famous gale of 1869, were completed over a century later.

The Abington church was also home to multiple societies and organizations throughout the centuries, including the Woman’s Guild, Men’s group, Woman’s Missionary Society, Christian Endeavors Society, and Boy’s Work Org. In 1968, the First Congregational and the North Congregational Churches on Abington merged and reformed as the Church of Christ in Abington. This church is still active today and continues to serve the Abington community today.

Find out more about Abington, Massachusetts. First Church records, 1714-1877. View this collection's finding aid at the Congregational Library and Archives 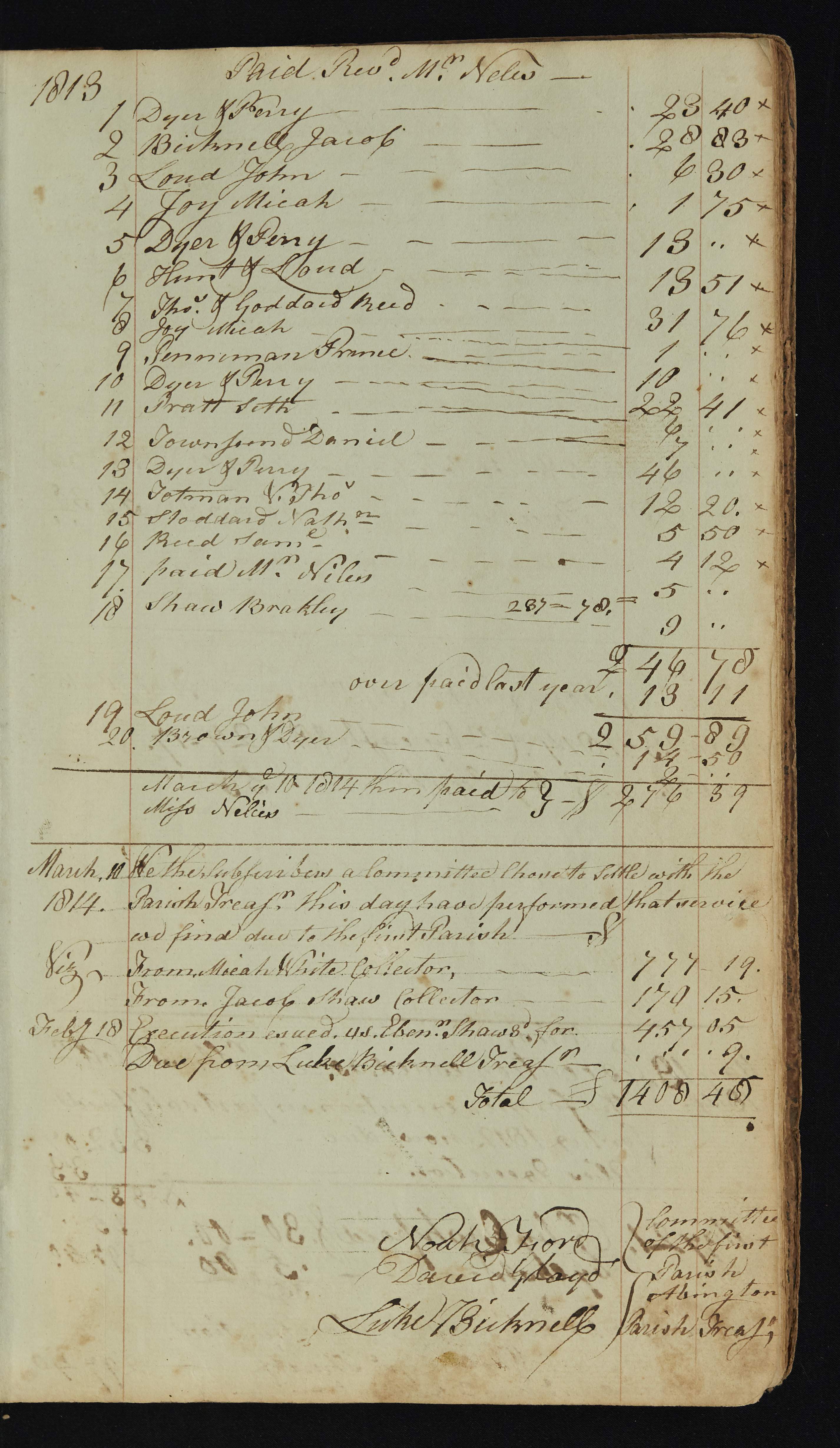