The Congregational Church in Wenham was founded in 1644. The parishioners' first request to form a church was denied, but a second was approved, and the church was formally gathered under the ministry of Rev. John Fisk. In 1655, Rev. Fisk and a majority of the congregation moved westward to resettle in Chelmsford. The remaining members eventually called Antipas Newman to preach for them about two years later, though he was not ordained until 1663. By 1674 the church was in its second meetinghouse and had been joined by residents from the neighboring town of Hamilton. The church remained largely unaffected by King Phillip's War, and in 1688 voted to build a third meetinghouse. In 1815 a Sabbath school connected to the church was established and run out of a private house; seven years later the school became a formal part of the church. The congregation is still active today as First Church in Wenham, and now inhabits their fifth church building.

The digital materials below consist of three bound volumes of church records. These include a church record book dated 1674-1719, the original physical version of which is owned by our project partners, the New England Historic Genealogical Society. Further information about the collection can be found in the NEHGS catalog. Additionally, there are two digitized microfilm versions of record books from 1643-1805 and 1792-1847. The physical microfilm is held at the Congregational Library and Archives.

Find out more about Wenham, Mass. First Church in Wenham Congregational records, 1643-1847. View this collection's finding aid at the Congregational Library and Archives 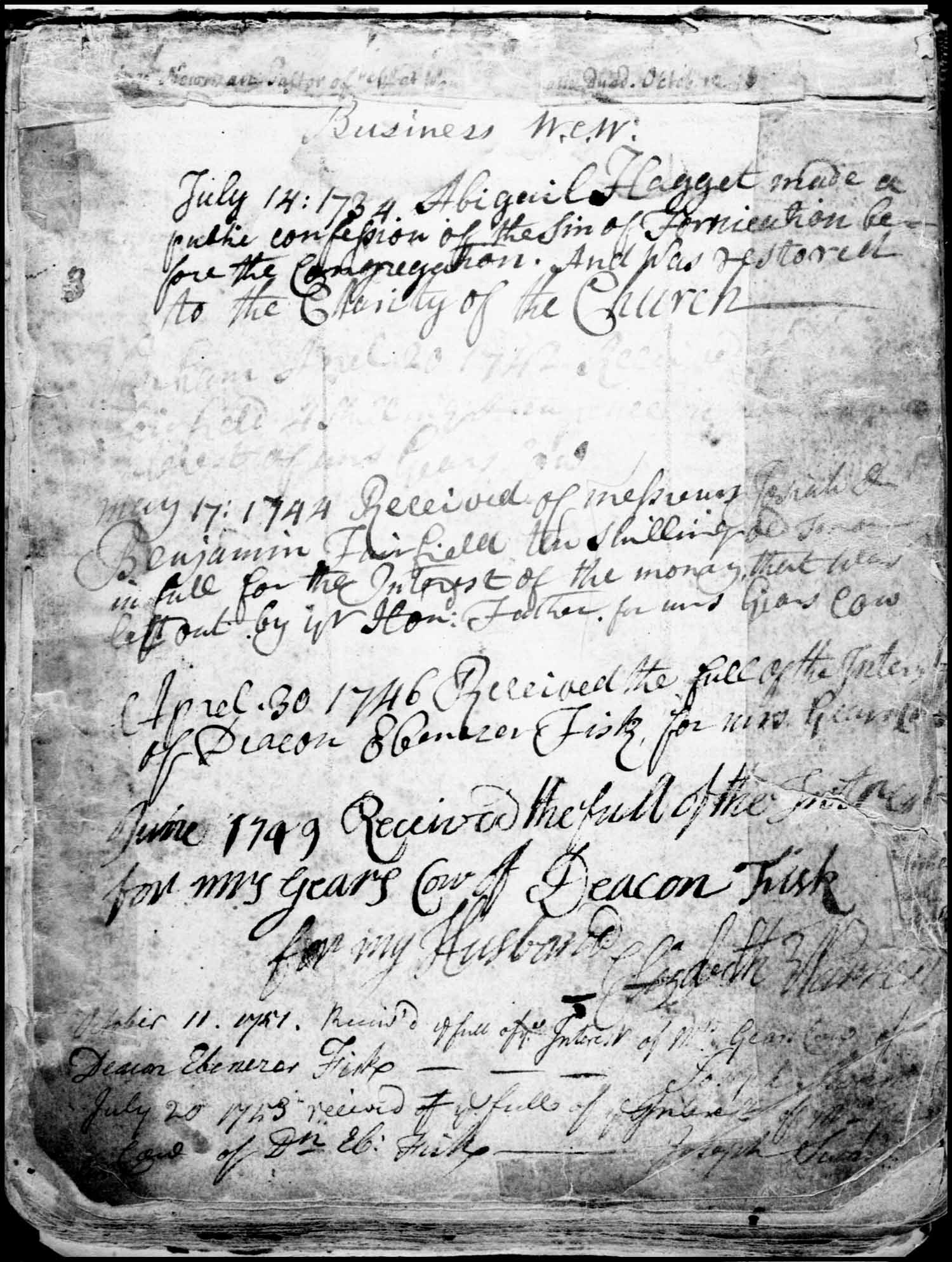