The town of Simsbury was officially incorporated on May 12, 1670, on land formerly known as Massaco, a Tunxis settlement along the banks of the Farmington River. At the same time, the new settlers formed a religious society, which called Rev. Samuel Stone of Hartford to be their first minister on May 30, 1673. The members became embroiled in a long-running dispute over whether their meeting house should be built on the east or west side of the river, which would last for another 10 years. In 1676, during King Philip's War, Simsbury was attacked and burned by the Wampanoag tribal confederation, and its population temporarily reduced as refugees fled to Dorchester and Windsor.

Rev. Samuel Stow of Middletown succeeded Rev. Stone, acting as minister from 1682-1685. The first meeting house was finally built during his tenure in 1683, after church members wrote the words "East" and "West" on two pieces of paper and drew one out at random, selecting the west side. After Rev. Stow's ministry, the church was served by more short-term preachers including Rev. Edward Thompson and Rev. Seth Shove, until the ordination of Rev. Dudley Woodbridge, who served from 1697-1710, and Rev. Timothy Woodbridge who followed him from 1712-1742. Despite sharing a last name, the two Rev. Woodbridges were not closely related, although Rev. Timothy Woodbridge did marry his predecessor's widow, Dorothy Lamb of Roxbury, Mass.

In 1736 there were again lengthy debates over where to build a new and larger second meeting house, which was eventually constructed on Drake’s Hill. Construction commenced in 1740, but in 1743 services began in what was still an unfinished building, only completed in 1777. This was replaced by the current church building, at the same location, in 1830. The minister at the time was Rev. Allen McLean, whose grandson, George Payne McLean, was later a senator and governor of Connecticut. The First Church of Christ Simsbury continues to serve the community today. 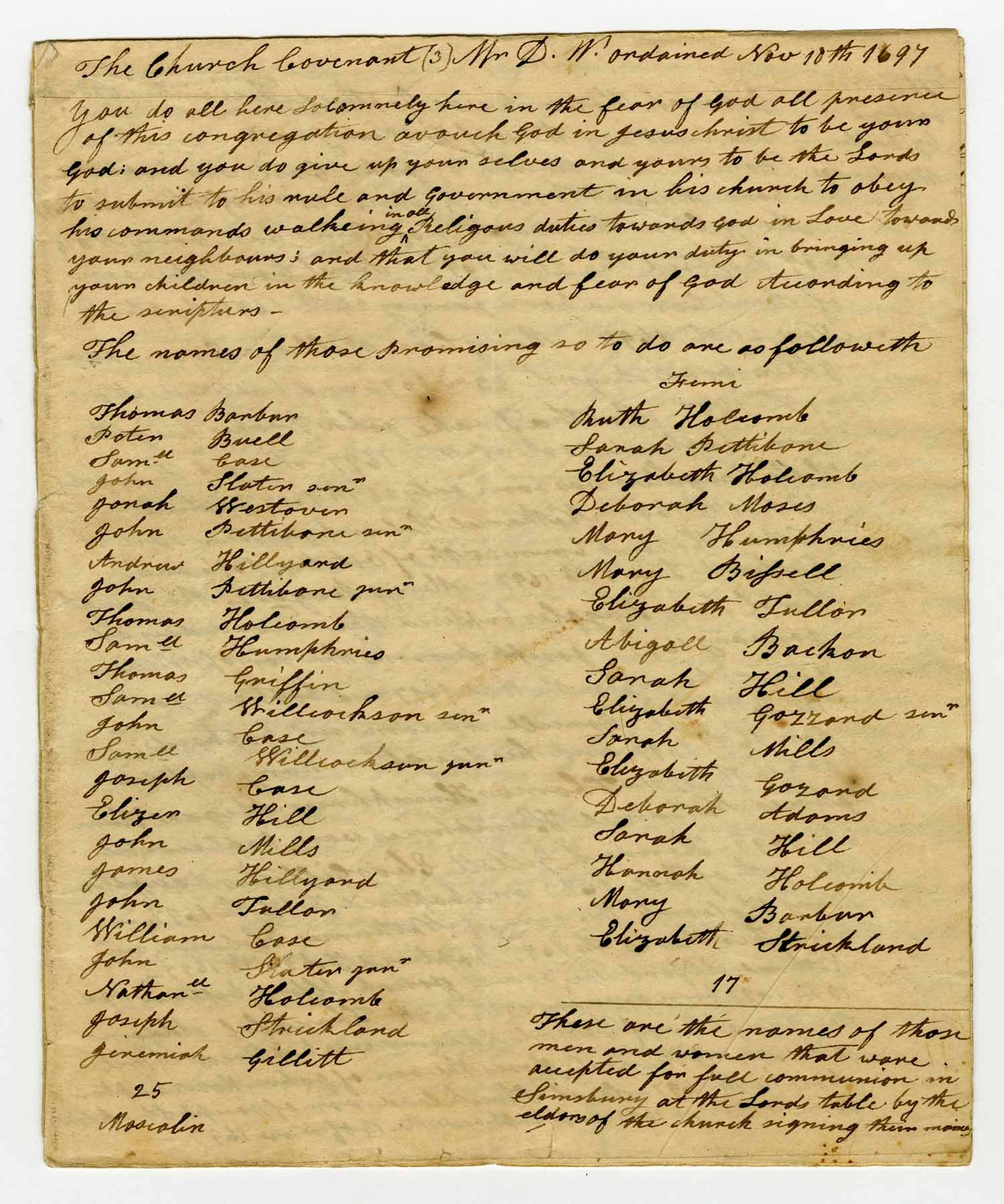