The area of Maine now known as Scarborough was originally called Owascoag, and was inhabited by the Sokokis (Ozogwakiak) people. From 1631-1651, Europeans began forming multiple settlements in the area. As was the case in much of present-day Maine, these earliest settlements were abandoned due to ongoing war with constituent tribes of the Wabanaki Confederacy, from about 1675-1702. Permanent resettlement occurred after 1702.

A church, evidenced in punitive records, existed prior to 1671, and may have been located on the plains near the Black Rocks in Scarborough, but no concrete evidence for its location currently exists. On June 26, 1728, sixteen men covenanted together to officially form the First Church in Scarborough. Later that year, eight more men and four women joined the church, initially meeting in private homes. In 1731, the first of four meeting houses were constructed. In 1744, a Second Parish was formed at Dunstan.

Rev. William Thompson, the church's first minister, was ordained May 26, 1728, and died in office in 1759. He was followed by Rev. Thomas Pierce of Newbury, Mass., ordained in 1762 and continuing in office until he died in 1775, aged 37 years. Rev. Pierce was sympathetic to Presbyterianism, and the church became Presbyterian during his tenure as pastor, but afterwards reverted to Congregational. Rev. Thomas Lancaster of Rowley, Mass. was ordained in 1775 and served until he died in 1831. The church is still active today as the First Congregational Church of Scarborough. 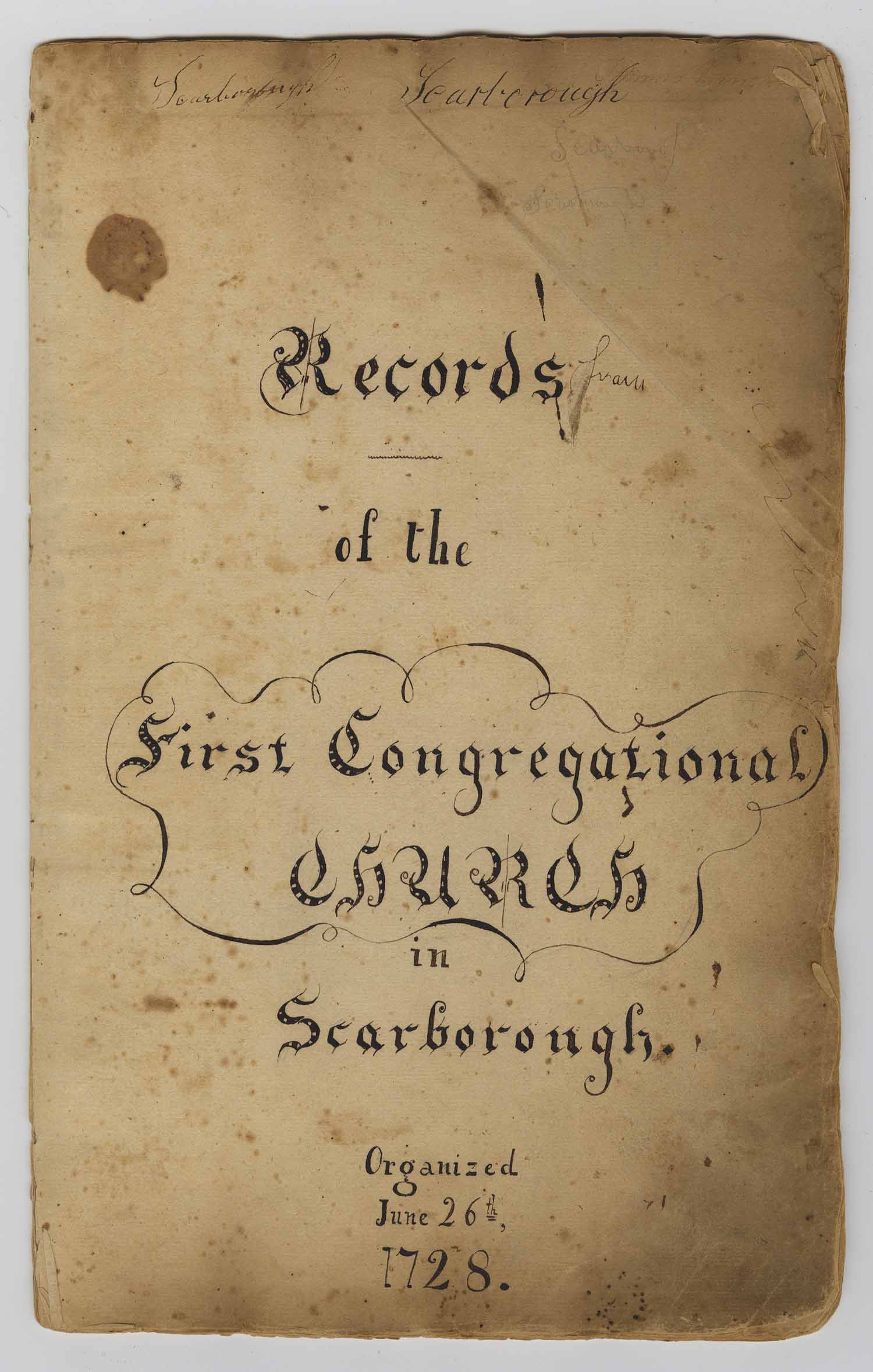