A church was gathered in what is now Salisbury, Mass. in 1638, and the town itself was founded two years later in 1640. Church records pre-dating 1687 were reported lost in 1865, and extant records are scattered. The western part of the town became a second population center, and in 1714 the town voted to maintain a single parish, but to support two meeting houses, each with its own minister. The 1638 church became the First or East Church in Salisbury, while the Second Church (gathered in 1718) was formed in what is now the Rocky Hill section of Amesbury, Mass. The ministers of both churches pressed the town for salary adjustments in 1787, due to the depreciation of currency. In 1790, the town voted to dismiss the First Church pastor, Edmund Noyes (ord. 1751; d. 1809), and unsuccessfully proceeded to invite candidates to fill his position. Noyes refused to recognize his dismissal and continued as pastor at Salisbury until his death in 1809.

The digital materials below comprise a legal testimonial regarding a conflict with Rev. Caleb Cushing, who was the fourth settled minister of the church, ordained in 1698. The document recounts former parishioner Daniel Worster's attempt to seek reconciliation with the church through disciplinary action, and Rev. Cushing's denial of the action based on Worster's lapsed membership.

Find out more about Salisbury, Massachusetts. First Church request for reconciliation, 1746. View this collection's finding aid at the Congregational Library and Archives 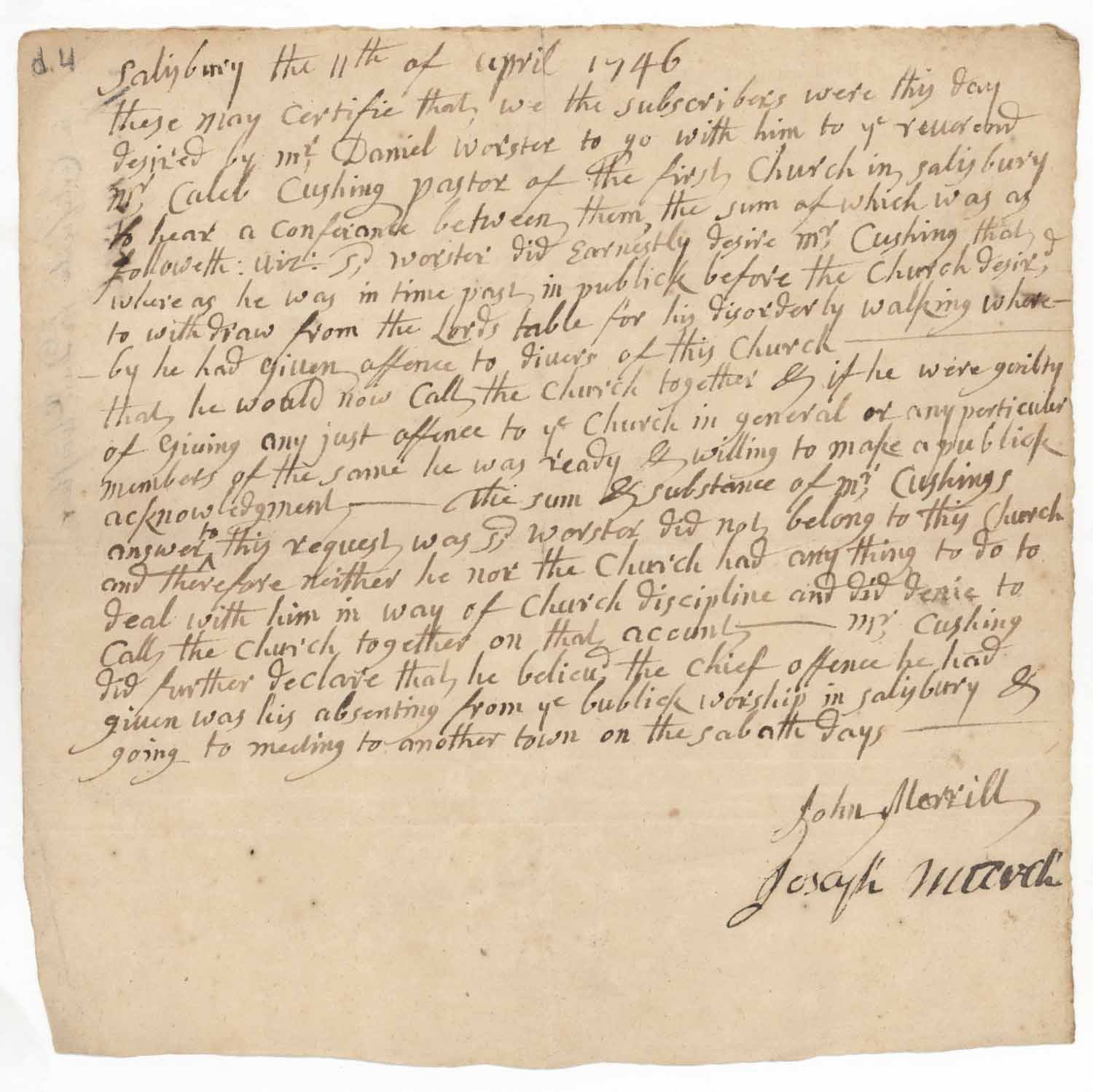