The town of Rehoboth, Massachusetts, was settled as early as 1636 and was officially established in 1643. The town included what is now Seekonk, Massachusetts, and East Providence, Rhode Island. The First Church in Rehoboth was established in 1643 with Rev. Samuel Newman as the minister. Newman, born in England, immigrated to the Massachusetts Bay Colony to escape persecution for his nonconformist beliefs. He settled in Dorchester until eventually he was called to become the sole minister of the Church at Weymouth after the church had, for a short while, three concurrent ministers. In 1643, Rev. Newman resigned from the position in large part because of dissention in the parish due to the continued residence of the three previous ministers in Weymouth. He left Weymouth to settle in western Rehoboth with some of his former parishioners. Rev. Newman served the First Church until his death on July 5, 1663.

In 1785 Rev. John Ellis was installed as the minister of the church. By 1791 his ministry was largely unpopular within the parish, although he still maintained the support of the Congregationalists. The parish attempted to discharge Ellis after a salary dispute, although legally the parish could not summarily discharge the minister. For a while Ellis was unable to preach in his own church, finding himself being blocked by Baptist ministers. In 1792 the General Court ruled in favor of Ellis which ultimately resulted in the formation of the Congregational Society and further separation of parish government and church administration. The fourth and final meeting house was constructed in 1810. In 1812 the western precinct of Rehoboth was incorporated as the town of Seekonk and the church was renamed to the Congregational Church of Seekonk.

During the 1830s the Rev. James Barney established the first Sabbath School and the Sabbath School library. The church community began to advocate for, and participate in, nineteenth-century social movements, especially the temperance and home missionary movements. In 1862, the governments of Massachusetts and Rhode Island settled a land dispute and the portion of Seekonk containing the Congregational Church became a part of East Providence Rhode Island. In 1886 the church was renamed to Newman Congregational Church in honor of the first minister.

In 1961 the Newman Congregational Church voted to join the United Church of Christ. The church continues to serve the East Providence community today.

Find out more about Rehoboth, Massachusetts. First Church records, 1785. View this collection's finding aid at the Congregational Library and Archives 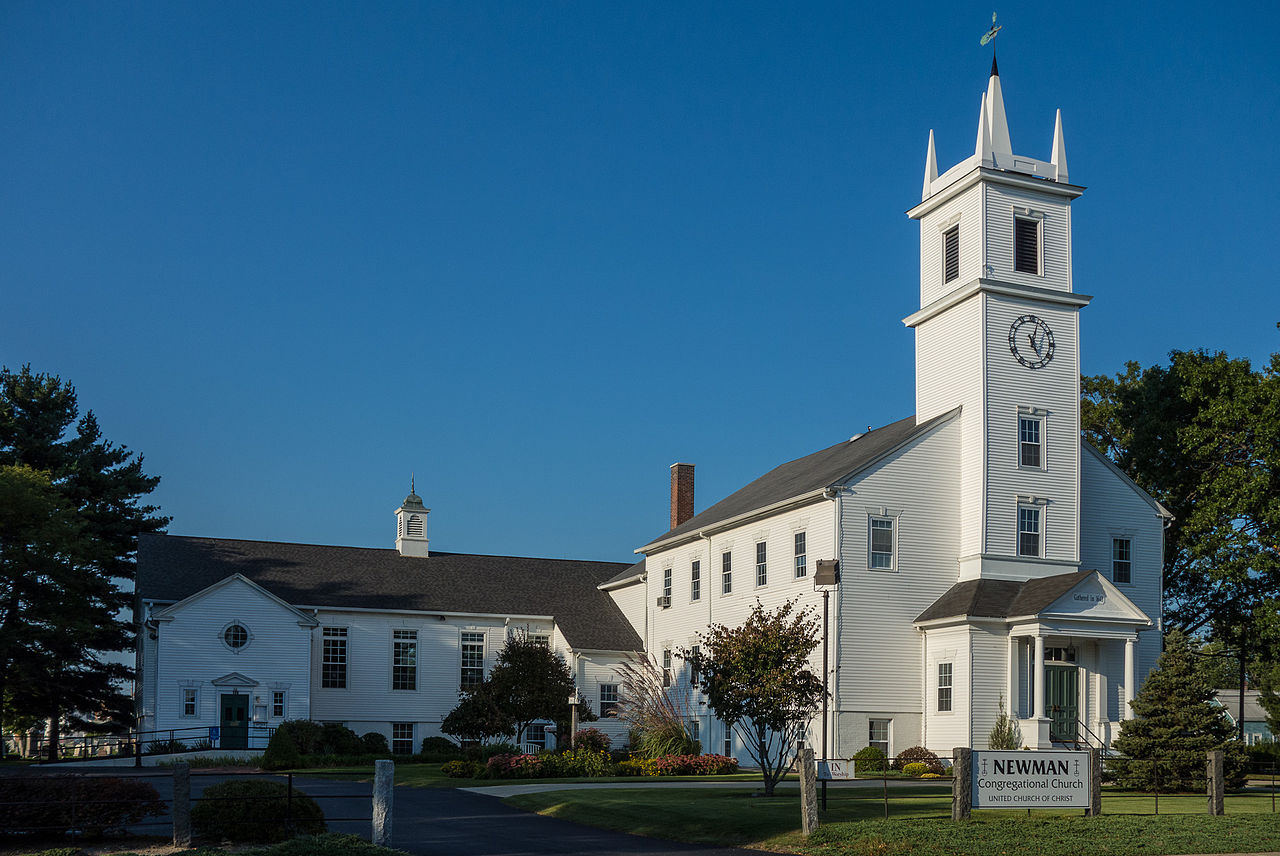