The area now known as Yarmouth, Maine was originally called Westcustogo, and was inhabited by the Aucocisco and Arosaguntacook, Abenaki peoples who would later become part of the Wabenaki Confederacy. Europeans began to settle in the area from at least 1629, but these efforts were disrupted by King Phillip's War and resulting conflicts, which continued until around 1756. A permanent settlement was not established until 1715, and the official incorporation of Yarmouth as a town did not occur until 1849.

A congregation was established in November of 1730, representing the ninth church founded in what is now Maine. It was known as the First Church in North Yarmouth, but became the First Church in Yarmouth in 1849 when Yarmouth was set off from North Yarmouth. The first pastor, installed upon the church's foundation, was Rev. Ammi R. Cutter of West Cambridge, Mass. He was dismissed in 1735 for alleged Armenianism, a more liberal theology considered heretical by Calvinist-leaning Congregationalists. Rev. Cutter was followed in 1736 by Rev. Nicholas Loring, who remained pastor of the church until his death in 1763. Rev. Edward Brooks was installed in 1764 but dismissed in 1769 "on account of his laxity in doctrine". Rev. Tristram Gilman was ordained December 8, 1769, and died in 1809 at age 74.

The current Italianate-style meeting house was constructed in 1867–68, and is an important surviving work of Portland architect George M. Harding, one of Maine's leading architects of the mid-19th century. It is one of only three of Harding's church designs to survive in the state. The building was added to the National Register of Historic Places in 1995. The church is still active today as the First Parish Congregational Church in Yarmouth, and is affiliated with the United Church of Christ. 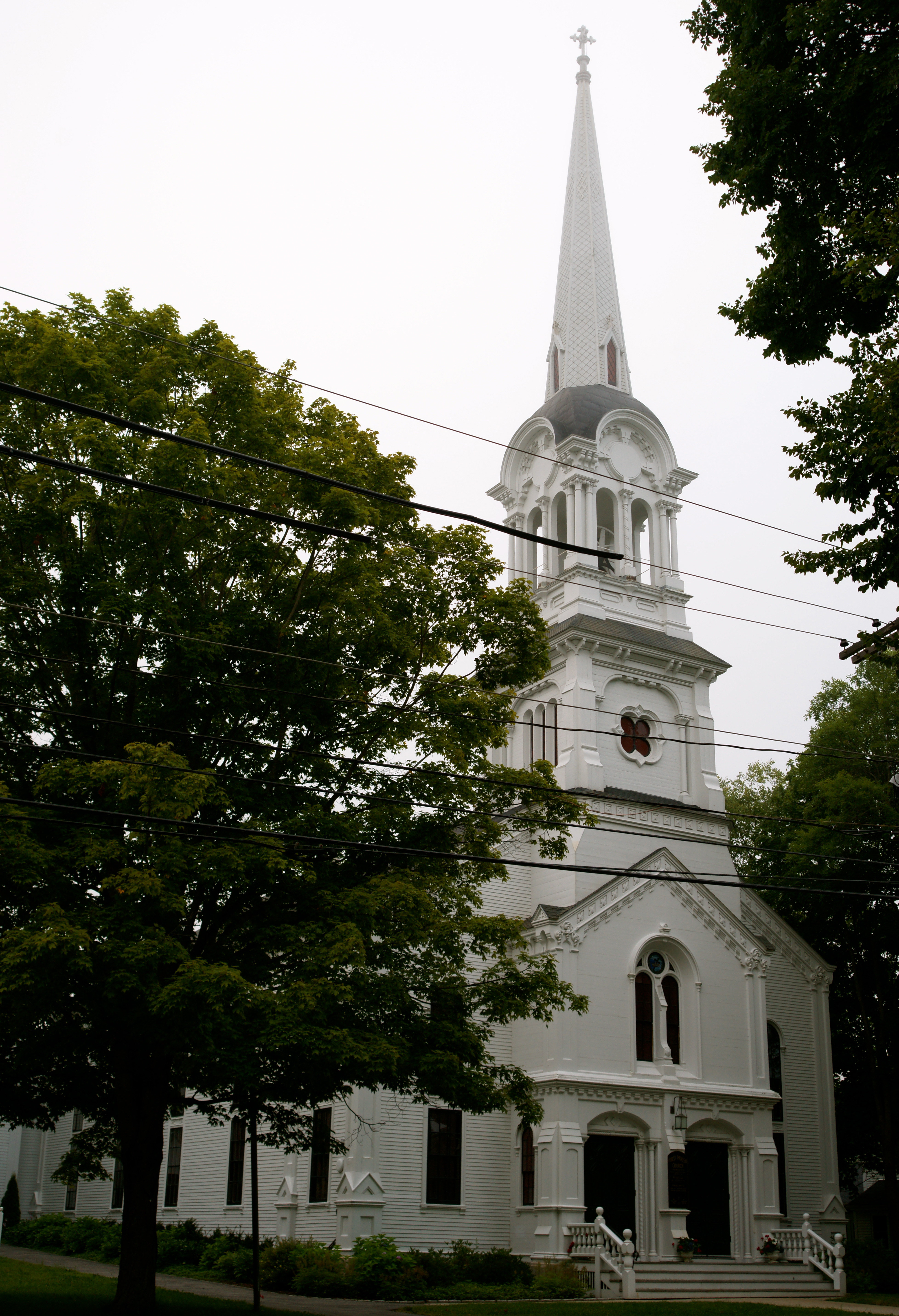