The town of Ipswich was originally known as Agawam, after the resident tribe of Algonquian-speaking Native people. Masconomet, sagamore of the Agawams, sold “all land lying and being in the Bay of Agawam” to John Winthrop for the sum of 20 pounds on June 28, 1638. New settlers in the area found the hillside at the center of Agawam to be clear and well-sited and soon constructed a church there. The First Church in Ipswich was gathered on August 5, 1634, and Rev. John Wilson was called as the first Pastor. The first meeting house was constructed the same year.

This collection consists of items physically held by both the Congregational Library & Archives as well as the American Antiquarian Society.

The Congregational Library material includes one bound volume of church records dating from 1739-1806 and two bound parish record books dating from 1724-1756 and 1757-1830 respectively.

The American Antiquarian Society material consists of a volume of church records from 1692 to 1743. It includes notes on church meetings recorded by Rev. John Rogers (1666-1745), including the controversy over the resignation of Rev. Jabez Fitch (1672-1746), who resigned in 1723 in order to take a position at Portsmouth, New Hampshire, against the wishes of the Ipswich congregation. Rev. Nathaniel Rogers (1702-1775), son of John Rogers, replaced Fitch in 1726. Also included in the church records are notes on women expelled from the church for fornication, a list of proposals for church administration, etc. There is also a commentary on a Latin treatise by the Spanish Jesuit, Francisco Suarez (1548-1617), entitled "Disputationes Metaphysicas....". Further information about this volume can be found in the AAS catalog. 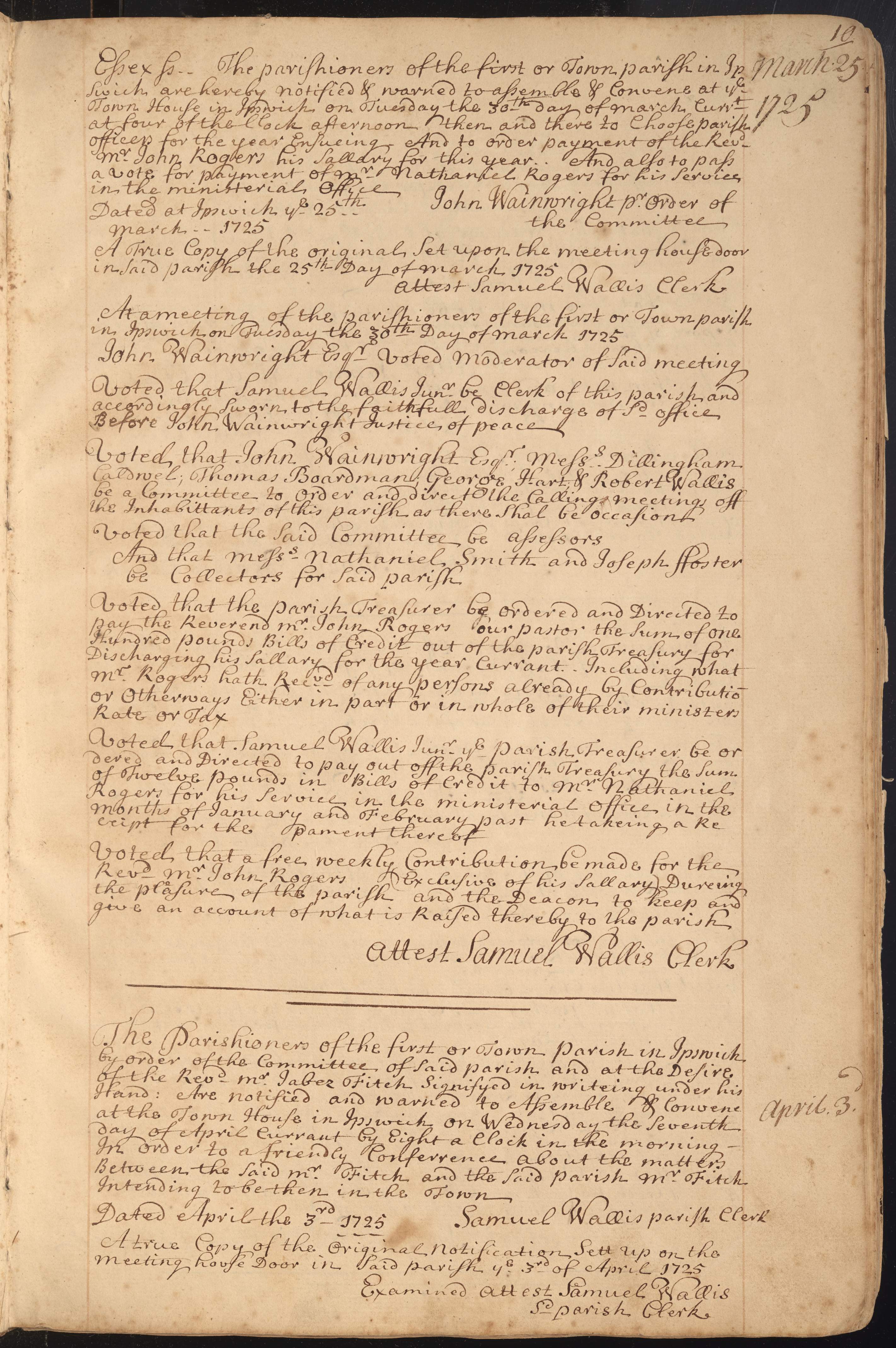