Cambridge, Massachusetts, originally called Newe Towne and then Newtowne until 1638, was fist settled in 1630. The first meeting house was erected in 1632. Public worship began in 1633 with Rev. Thomas Hooker as the minister. In 1636, Rev. Hooker, and all but eleven members of his congregation, moved to Connecticut after he dissented from other Puritan leaders in Massachusetts. Rev. Thomas Shepard consequently became the second minister in 1636 and the First Church was officially organized on February 1, 1636. It was the eleventh congregational church founded in Massachusetts.

In 1637, Harvard College was founded in Newtowne, partly so that students could "benefit from proximity to the soul-ravishing preaching" of Rev. Shepard. In 1648 the Cambridge Platform of Church Doctrine and Discipline, an important document outlining church government in New England, was adopted in the First Church meeting house. Rev. Shepard continued to be the minister of the First Church until his death on August 25, 1649. By 1650 the first meeting house had fallen into disrepair and the second meeting house was erected in the College Yard. Rev. Johnathan Mitchel succeeded Rev. Shepard in 1650 and served as the minister until his death in 1668. He was instrumental to the creation of the Half-Way Covenant which granted baptism to the children of nonmembers of the church. Rev. Mitchel was succeeded by Rev. Urian Oakes (1671-1682) and Rev. Nathaniel Gookin (1682-1692). In 1696, Rev. William Brattle, a 1662 graduate of Harvard, was installed as the minister of the First Church. During his time at the church he was also a tutor and treasurer at Harvard and a Fellow of the Royal Society of London.

By 1703 the second meeting house had also fallen into disrepair and the town voted to begin construction on a third. Construction on the third meeting house was completed in 1706 and remained near the location of the second. Rev. Brattle's pastorate ended in 1716 with his death. At 24 years of age, Nathaniel Appleton was installed as the minister of the First Church in 1717, remaining in the role for 67 years until his death in 1784. Rev. Appleton was also a Fellow of Harvard and was the second ever recipient of the degree of Doctor of Divinity from Harvard in 1771. In 1718 the third meeting house was expanded. In 1753 the fourth meeting house was constructed. Timothy Hilliard was installed as an assistant pastor in 1783 when Rev. Appleton's health began to fade, and in 1784 Rev. Hilliard was installed as the new minister. He served until his death in 1790.

Materials in this collection have been digitized in partnership with the Houghton Library at Harvard University and have been made available through our New England's Hidden Histories project. 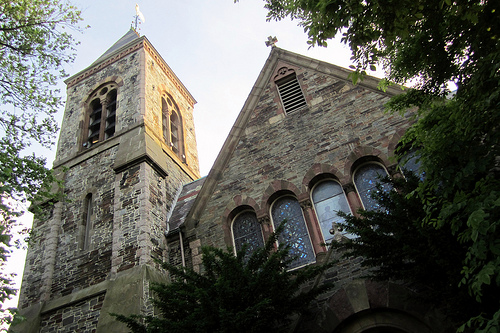